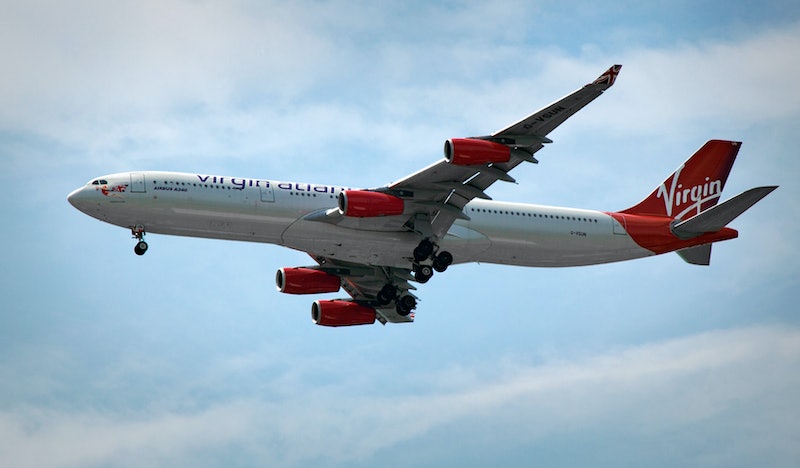 As necessary as commercial air travel is, it’s hard to describe it as a fun experience. It involves hours of downtime, inevitable stress (and even downright terror for those of us who have a fear of flying), mediocre yet expensive food, and exposure to all kinds of germs. Try as you might to improve travel with gadgets aimed at making it easier, it still feels like a chore.

It’s easy to complain, but at the end of the day, we passengers actually have it pretty good. After boarding, we can sit back, relax, and enjoy the flight. The crew, on the other hand? Not so much. Flight attendants have to put up with everyone and everything. Their job is to make sure that our travels are as safe and pleasant as possible, which means that they have to be prepared to handle a lot of strange, tense, and even sometimes scary situations.

In Cabin Fever: Sizzling Secrets of a Virgin Airlines Flight Attendant , former “trolly dolly” Mandy Smith reveals some of the insane incidents that arose during her decade flying around the world. She quickly learned that though her job had a lot of amazing perks — like free travel and adventure — she’d be working just as hard as she played, sometimes even literally saving lives. It wasn't easy, but it was all in a day's work.

Here are seven crazy scenarios that flight attendants have to be ready to handle, based on Smith’s experience:

Copilots are meant to take over if the pilot of an aircraft can't continue flying for some reason, but it turns out that two people should still land the plane. Although this sounds frightening, airlines thankfully have a backup plan, Smith explains. First, the crew determines if there are any off-duty pilots on the flight, and if there are, they approach them to lend a hand. When there aren’t, our trusty flight attendants are trained step up and take care of business. They're Jacks and Jills of all trades.

Caring for a Plane-Load of Airsick Passengers

Your seat-back compartment has a sick bag in it for a reason. During a particularly brutal stretch of turbulence that lasted for an hour, Smith and her colleagues had to help an entire plane’s worth of vomiting travelers. By the time they landed, all of the bags and biohazard sacks onboard had been filled. The idea makes me a little ill myself.

Not only can flight attendants handle basic first aid, they can deal with more severe issues. Foolishly, I always assumed that for grave medical problems you’d have to hope for a doctor onboard and a quick emergency landing, but luckily, that is not the case. Smith and her colleagues managed everything from assisting a woman who sadly had a miscarriage mid-flight to stitching up a five-inch surgical wound that had reopened onboard. On multiple occasions they also cared for heart attack victims.

Although the average passenger just wants to get from Point A to Point B without causing any problems, others can’t seem to keep themselves from drinking too much, instigating brawls with others onboard, trying to get into restricted zones, and so on. More often than you'd think, the flight crew has to step in and get these troublemakers under control.

It’s not just everyday folks that struggle with being pleasant passengers. Celebrities have sometimes been known to stir up trouble at 35,000 feet. According to Smith, Courtney Love was once banned from Virgin Airlines “following an air-rage incident that ended with her allegedly flailing around the cabin and branding a stewardess ‘a f***ing b***h.’” An apology to the CEO eventually got her out of the doghouse.

Other times, passengers were friendlier than they ought to have been. It wasn't uncommon for Smith and her friends to be hit on by their celebrity patrons. Awkwardly, after sleeping with a famous TV presenter, one of Smith’s colleagues later ended up on the same flight as him — and his wife.

Not surprisingly, passengers get pretty anxious, and even terrified, when they find out about mechanical problems mid-flight. Of course, it’s up to the flight crew to put on a happy face and calm everyone down. Smith was once on a plane that had an engine fire, and when they broke the news to the passengers, everyone was convinced they were going to die. It took a lot of soothing to bring the tension levels down. Free booze for everyone, I say.

Generally Saving the Day in Emergencies

If you ever imagined that a crash would end up being an everyone-for-themselves situation (guilty — I totally thought that), you were wrong. Flight attendants are the Boy Scouts of the skies in that they’re always prepared. As Smith explains, they go through survival training and act out “every imaginable life-or-death scenario under the sun.” If you need to survive a snowstorm, an avalanche, figure out how to eat on a desert island, or fight off a shark, stick with them — they’ve got you covered.

More like this
Zosia Mamet Opens Up About Her Eating Disorder
By Zosia Mamet
Watch The Emotional Trailer For Dolly Alderton’s 'Everything I Know About Love'
By Bustle UK
10 Must-Read New Books Out This Week
By K.W. Colyard
The 20 Best Audiobooks To Fall Asleep To
By Aoife Hanna and K.W. Colyard
Get Even More From Bustle — Sign Up For The Newsletter