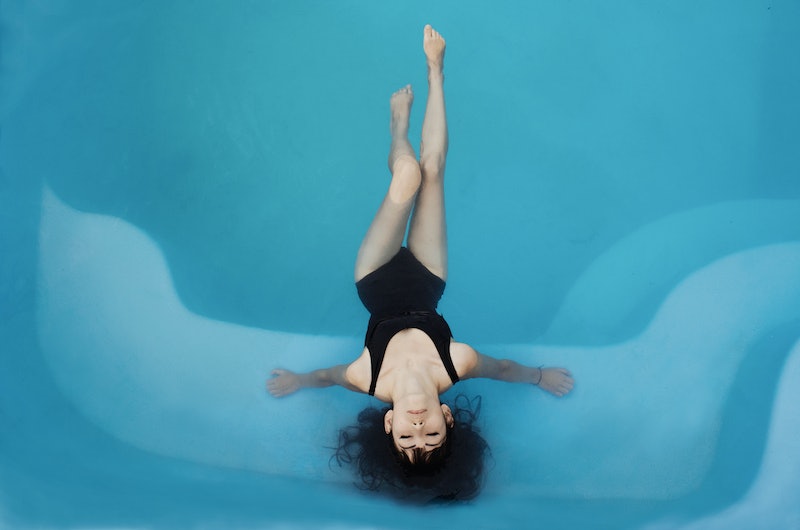 Can finding your G-spot lead to vaginal orgasms? Maybe. I wish I could say it was cure-all, but honestly, according to science (and experience) it's all a little confusing. Which in some ways is a good thing — there's no right or wrong answer, so there's no way what you're experiencing is 'wrong'. Basically, there are some researchers out of the UK who claim that a vaginal orgasm doesn't exist at all, but a lot of us would say that doesn't make any sense. According to Women's Health Magazine, 30 percent of women claimed to have had a vaginal orgasm. Even if that's less than half, that's still a lot of women and it's hard to believe they're all making it up.

My guess is that it's somewhere in the middle, that when researchers talk about a vaginal orgasm they are talking purely vaginal, and when has there ever been purely vaginal penetration? I mean, even if you're with someone who isn't particularly cliterate there's still bound to be some clitoral stimulation, and in some positions quite a lot of it (you go, girl-on-top!). Anyway, I'm not a doctor but it seems to me there has to be another explanation than "women have been lying about orgasms for forever". For those who are pro-vaginal orgasms camp, there does seem to be some agreement on the best ways to make to make it happen. Some are positions, some are techniques, but pretty much all of them focus around the G-spot. So what does the G-spot mean for your vaginal orgasms?

Your G-Spot And Vaginal Orgasms

We've talked a little bit about how to find your G-spot, but it's almost important to know how to use it. Ernst Gräfenberg, a gynecologist who discovered it in the 1950s, said that the area was jam packed with nerve endings, so you need to know how to access them. In our case, looking for vaginal orgasms, that means how to stimulate the area during sex.

Position is the most important part— you can work your way through the best positions for G-spot stimulation and see if any of those work for you. Megan Andelloux, the executive director at The Center for Sexual Pleasure and Health, told Cosmpolitan that least likely positions for women's orgasms included 69ing and having sex standing. And although to each their own, I have to agree, and would pay good money if someone explained how on earth you have an orgasm while doing either of those things. In fact I'd pay good money if someone could explain to me how not fall over after about 70 seconds.

Some of the favorites that reoccur are girl-on-top and doggy style, but you should stick to what feels good for you. Another factor for achieving vaginal orgasms, according to The Journal Of Sexual Health, can be length of sexual intercourse, so try to keep the G-spot stimulation going as long as possible.

It is supposed to feel slightly rougher in texture than the area around it, and increased stimulation should feel great. And, hopefully, lead to the big O. There's also chance the orgasm itself will be different. Cosmopolitan suggests that not only will you maybe finally be able to have that vaginal orgasm, but there's a good chance it'll be wetter than you're used to: “you’ll feel like you need to pee (in a good way), and may have some extra lubrication as a result.”

If you don't find your G-spot, or if you think you find it and it doesn't seem to lead to orgasm, don't sweat it. As Britian's National Health Service points out, although there is no scientific consensus on the vaginal orgasms or G-spot, one of the benefits of evidence that it may be difficult to reach vaginal orgasm is a better understanding "that female sexual dysfunction, where a woman is unable to achieve an orgasm, may not be a "condition" at all if she is only experiencing the problem with penetrative sex." In other words, maybe it's time we stop stressing about it as a "problem" for those who can't achieve it, realize that it's just the way it is for a lot of people, and focus on all the other awesome ways to have an orgasm?

More like this
13 Ideas To Add To Your Sex Bucket List
By Kristin Magaldi
What Are Swingers? Everything You Need To Know
By Lexi Inks
35 Sexy Texts To Send Your Partner
By Griffin Wynne and Carolyn Steber
34 Quotes That'll Inspire You On Juneteenth & Beyond
By Syeda Khaula Saad and Siena Gagliano
Get Even More From Bustle — Sign Up For The Newsletter