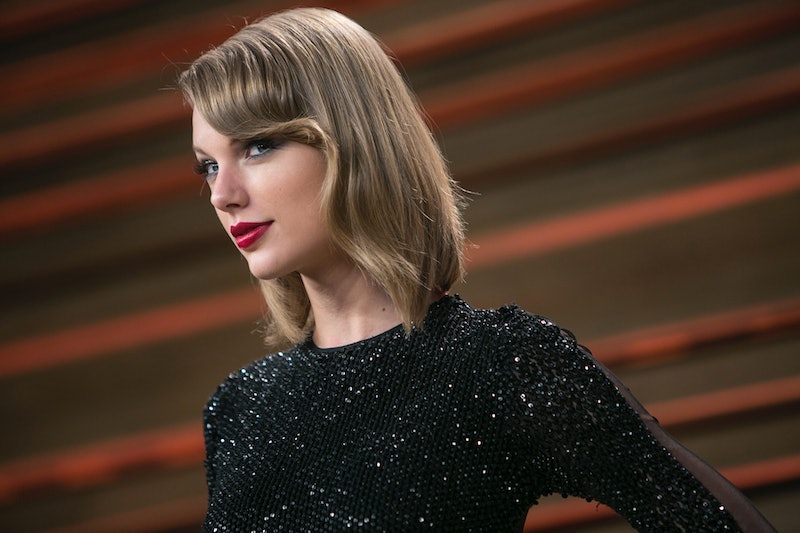 Another day, another celebrity couple rumor. While there seems to be never-ending speculation about which famous people are dating, there's one potential pair that keeps making headlines. I'm talking about Taylor Swift and Calvin Harris. Sure, they haven't actually said that they're together, but the evidence keeps adding up. Further proof? People reports that Taylor Swift and Calvin Harris spent a ton of time together before she left for her tour. A source says,

Before Taylor started her tour, she and Calvin spent as much time as possible together. They seem to be on the same page. They are very low-key and stay at home a lot. They mostly hang out with friends.

The greatest part of the interview? Apparently the rumored couple's favorite hobby is eating. Talk about #RelationshipGoals! (Well, if they actually are in a relationship, I mean...) Food truly is the best way to bond. The source told People:

They cook at home, or order in. They seem to have a great time together.

Now I'm totally picturing Swift and Harris relaxing on the couch, ordering Seamless, and watching Netflix. That sounds like the most perfect date. Based on what we know about Tay's fave shows, I'm sure they probably binge-watch episodes of Grey's Anatomy or Law & Order SVU.

While no one confirmed or denied that they're dating, Calvin Harris *did* meet T. Swift's cats... which is a huge deal, considering how much she loves Olivia and Meredith. They're practically family! Another possible sign? Harris was recently spotted leaving Swift's home. Hmmmm, suspicious!

OK, OK. So we don't know if they're actually together, but one thing is for sure: if Taylor Swift and Calvin Harris are dating, they definitely just became my new favorite celeb couple. (Sorry not sorry, Kimye!)