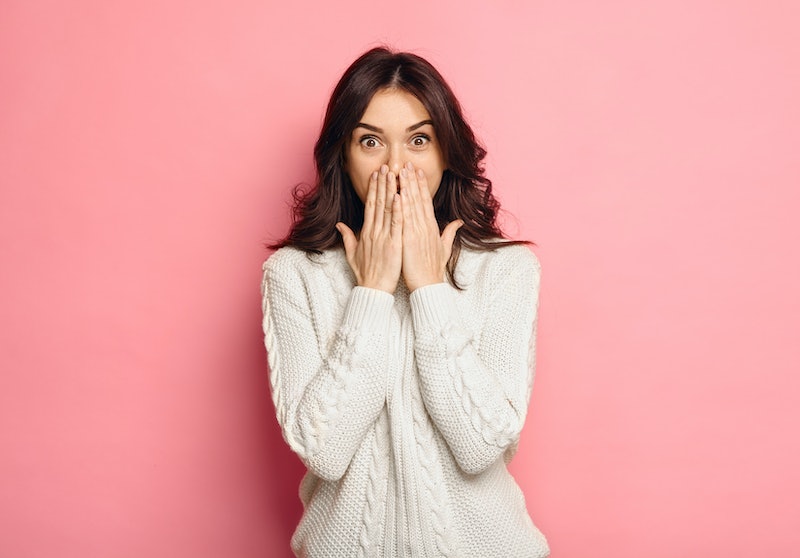 America is a wonderfully large and diverse country in every respect, particularly linguistically. Regional divisions tend to have enormous effects on the way we speak and the words we use — linguistic nuances which extend, unsurprisingly, to the way we swear as well. Nothing highlights regional language quirks quite like a good map, so check out these "swear word maps" that show which regions in the U.S. prefer which swear words. We're such a classy bunch, are we not?

The maps, which feature only the 48 contiguous states (sorry, Alaska and Hawaii), are the brainchildren of Jack Grieve, a professor of forensic linguistics at Aston University in England. Grieve first published the maps last week on his Twitter account, @JWGrieve, to an overwhelmingly positive response — and indeed, the interest in how people swear has spurred additional research into the matter. "Since there's been so much interest, at some point I'll hopefully produce an aggregate map, showing overall swearing patterns. That might provide some additional insights," Grieve said to Bustle via email.

The process of creating the maps, as Grieve explained to Bustle, is actually relatively routine and standardized in the linguistic community:

We've been doing this kind of research now for years, so the mapping process is pretty streamlined. It takes a while to count through all the data, but then we just have a big index with the relative frequencies (per billion words) for the top ~60,000 most common words in English measured across the ~3,000 counties in the US. We then run a local spatial autocorrelation analysis to help visualize the location of geographic clusters in the data, which we then map. We use the statistical programming environment called "R" to do all of our spatial analysis and mapping.

Interestingly, Grieve and I actually have the same favorite swearword at the moment: fuckboy, although he likes it for a more intellectual reason than I do.

My favorite swear word here is probably "fuckboy" because we found that it was the fastest rising word in general on American twitter in 2014. Basically it's a generic insult for men, maybe used at least by some people with some more specific connotations, but I don't think it's meanings has totally settled down yet. It also shows a fairly unique regional pattern.

I, on the other hand, like it because it's so wildly applicable to the guys I interact with on a daily basis. The maps below, which have been reproduced from Grieve's research blog, are meant to be understood by color intensity. The more deeply blue areas are meant to indicated a negative "z-score," which basically means a word is not used commonly in that region, while the orange areas indicate a positive "z-score," which means a word is used a lot there. And now, without further ado, a selection of my favorite maps; you can check out the rest over at Grieve's Twitter page (@JWGrieve) and website.

"Fuck" seems to be a coastal insult, used most frequently on the edges of the nation. There must be something about the proximity to the ocean that makes us all so eff-word-happy.

I did not expect this one to be so regional. "Shit" seems to be densely, almost exclusively, used in the Southeast.

This one, on the other hand, didn't surprise me at all. I almost never heard people use the word "asshole" as an insult until I moved to the East coast for college.

"Damn," much like "shit," seems to be heavily concentrated in the Southeast.

It looks like most of the country eschews the politer cousin of "damn," but the people who do use it are pretty densely located in the Midwest. I bet there's a high correlation between people who say "darn" and people who say "pop" instead of soda.

Head here to see all of Grieve's swear word maps.