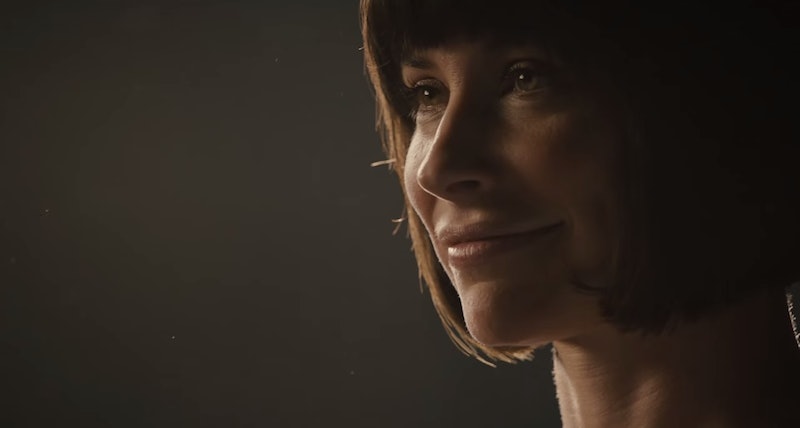 I'm not new to defending Evangeline Lilly characters. Having given years of my life to the campaign for good will towards Lost's Kate Austin, I was prepared from the get-go for the line of fire that Lilly’s Ant-Man character Hope van Dyne was chanced to endure. If you’ve seen Marvel’s Ant-Man, you know that those of us on Team Lilly have our work cut out for us.

Hope bears a slew of traits common among the blockbuster genre’s least favorable leading ladies: She’s dire and humorless in the face of a more affable male counterpart, Paul Rudd’s eponymous hero, Scott Lang. Though a skilled martial artist, she’s shafted to the backdrop while Lang takes the lead in the film’s serving of action and adventure. And what’s more — and this is somewhat of a spoiler, however expected — she ultimately winds up falling for the shape-shifting vigilante.

Granted, you can rationalize the bulk of these choices. Why is she so glum? Well, working side by side with her father Hank Pym (Michael Douglas), for whom she has nothing but feelings of resentment and betrayal, is wont to conjure up some sour grapes. Why is she saddled with a supporting part? As they explain in-movie — this might also qualify as a spoiler — it’s because project manager Hank doesn’t want to risk losing his daughter in the name of saving the world. Why must she get the hots for Scott Lang? Because he’s freakin’ Paul Rudd, that’s why. (You have to at least give me that one.)

But none of these explanations, nor my heraldry of Lilly’s acting prowess, is likely to quell a frustrated viewer’s distaste for the way the film insists on using Hope. Viewers aren’t likely to find abject offense in Ant-Man’s delivery of her, but rather a lack of imagination. Watching Scott seize the canonical stardom in spite of Hope’s superior expertise, any one of us would be inclined to utter an exhausted, “Here we go again.” Another female character relinquished in the interest of plot exposition and set design.

I think it's safe to assume that we’re all tired of the way women are utilized in high-budget event films. Even someone staunchly in the Lilly corner — or more or less submissive to the canonical rationalizations of her use, as I am — wouldn’t go so far as to champion Hope’s representation in Ant-Man as a bona fide success.

But let’s put it this way: I’d declare her treatment better than that of Gamora in Guardians of the Galaxy, though worse than Black Widow in Captain America: The Winter Soldier. In short, there’s plenty of improvements yet to make, but we’re not working with an entirely broken device.

Ant-Man ’s post-credits scene reveals — and this one is definitely a spoiler — that Hope will don her deceased mother’s old super suit to at last meet her destiny as a superhero proper. It seems like only a partial solution; we’ve asked Marvel time and time over for standalone features for some of our favorite female characters, and the first woman in the MCU to gain the focus of a post-credits stinger is the lackluster Hope?

Again, she’s no Black Widow, but let’s not discount Hope's intrinsic merits. Ant-Man’s midway mark treats us to a training montage in which she beats the hell out of a cocky Scott. The character’s own emotional victories later on beget a loosening of the cogs, allowing glimpses at Hope’s capabilities with humor and panache. A small portion of the film’s climactic sequence demands that Hope exhibit cunning and empathy alike, both to effective measures. No, she’s not giving Cate Blanchett a run for her money, but she’s MCU good.

As such, we shouldn’t submit to Hope van Dyne commanding a tragic legacy from Ant-Man on. While the movie might sell her a bit short, it may prove to serve as something in the vein of an origin story. Actually, make that the first act of an origin story. No, it’s not especially fair that characters like Hope have to settle for inceptive development in the B plot of male movie stars’ pictures. But let’s restore faith for her second go.

After her reasonably forgettable turn in the reasonably forgettable Iron Man 2, Black Widow became one of the most beloved members of the Marvel canon. Pepper Potts, an unlikely beacon of comic book movie fandom, upped the ante in her own right with some paramount action in Iron Man 3. Even — yes, I’m about to bring it up — Thor: The Dark World can be celebrated for its utilization of Jane Foster as a hands-on investigative scientist.

So maybe we can and should look forward to brighter futures for a center-stage Hope Pym. At least those of us who have been defending Kate Austin for years have to think so.