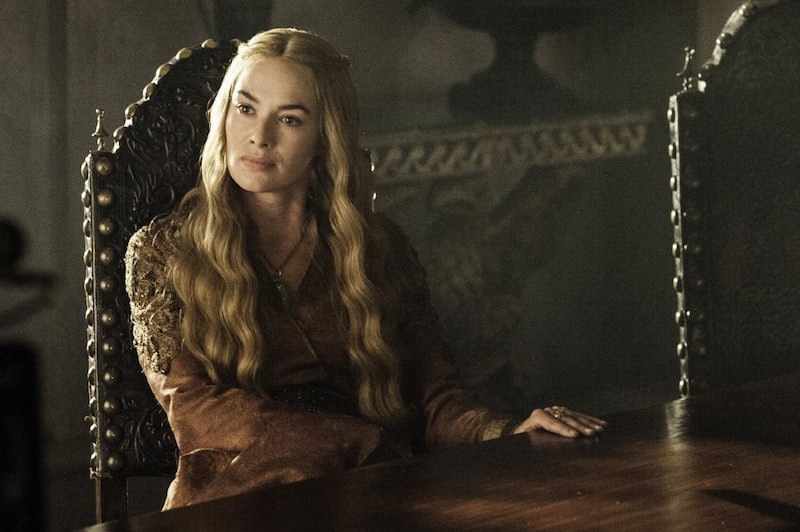 Patience has never been my strong suit. I blame it on the 21st century and our new found ability to stream every movie and TV show instantly. It seems barbaric to wait weeks, months, or even years to find out how your favorite television series is going to end. I made the tragic error of watching Game of Thrones Season 5 in real time, so I have no choice but to wait to see what happens to my favorite characters. (I know it was foolish of me to become attached to anyone is Westeros but, I couldn't help myself.) Usually, you only have to wait until the fall for a new seasons of your favorite shows to premiere on television. However, HBO is above those trivial rules. With only ten episodes per season, Game of Thrones and its creators care nothing about my lack of patience, or my desperate need to find out what is to become of Westeros in Game of Thrones Season 6 with winter rapidly approaching. Literally, all we have to keep us company are our Jon Snow theories, and our troves of Game of Thrones memes.

But there are so many questions that I still need answers to. It really just seems cruel for the GoT showrunners to leave me so confused and tormented. Will Jon Snow rise from the dead? Will Daenerys marry another Dothraki? What will happen when Cersei avenges herself? Are Sansa and Reek doomed? Is Arya permanently blind? What going on with Bran and Rickon? Seriously, with all of these thoughts bouncing around in my head constantly, I'm sure I will drive myself mad with theorizing and arguing with my fellow GoT lovers before next spring. HBO needs to hook up with Netflix or something and put us all out of our misery. Until something miraculous like that happens, here are seven memes and GIFs that express just how much I need season six of Game of Thrones to get here.

1. When Your Friends Won't Stop Suggesting Other Shows You Should Watch

I want Game of Thrones or NOTHING!

2. When You're Tired Of Putting On A Brave Face About Jon Snow's Death

I'm clinging on to the Jon Snow resurrection theories with all of my might, but every time I think about him laying there in the snow, I almost weep.

3. When You Realize It Will Be About Nine Months Until the Next Season

There are days when I think I'm doing well with this GoT hiatus, but then I realize that an entire human being could be conceived and born during the time its going to be off the air and I become distressed.

4. Because You Need to See Olly Get What's Coming To Him

I realize that Olly is hurt and he blames the Wildlings for his family's deaths. However, he knows nothing! If he had just listened to Jon, none of this would have happened. Now he must pay.

5. When There Are Too Many Loose Ends To Handle

There are several characters who have all but disappeared from the story line. Bran and Rickon Stark were MIA for all of Season 5. There are a ton of thing from past seasons that have just been left up in the air, and I'm desperate to know how everything ties together.

6. When You're Tired of Everyone Telling You How GoT Is Going To End

Like Jon Snow, everyone knows nothing, OK? I'm just waiting for Season 6 so I can laugh at everyone who has outlandish theories that make no sense.

7. When You Know Nothing But You're Sure The White Walkers vs. The Night's Watch Is Going to Be Epic

The Night's Watch may have betrayed Jon, but they're going to get what's coming to them... just wait and see.

And we will have to wait and see... because it's going to be almost a year before we see Westeros again.