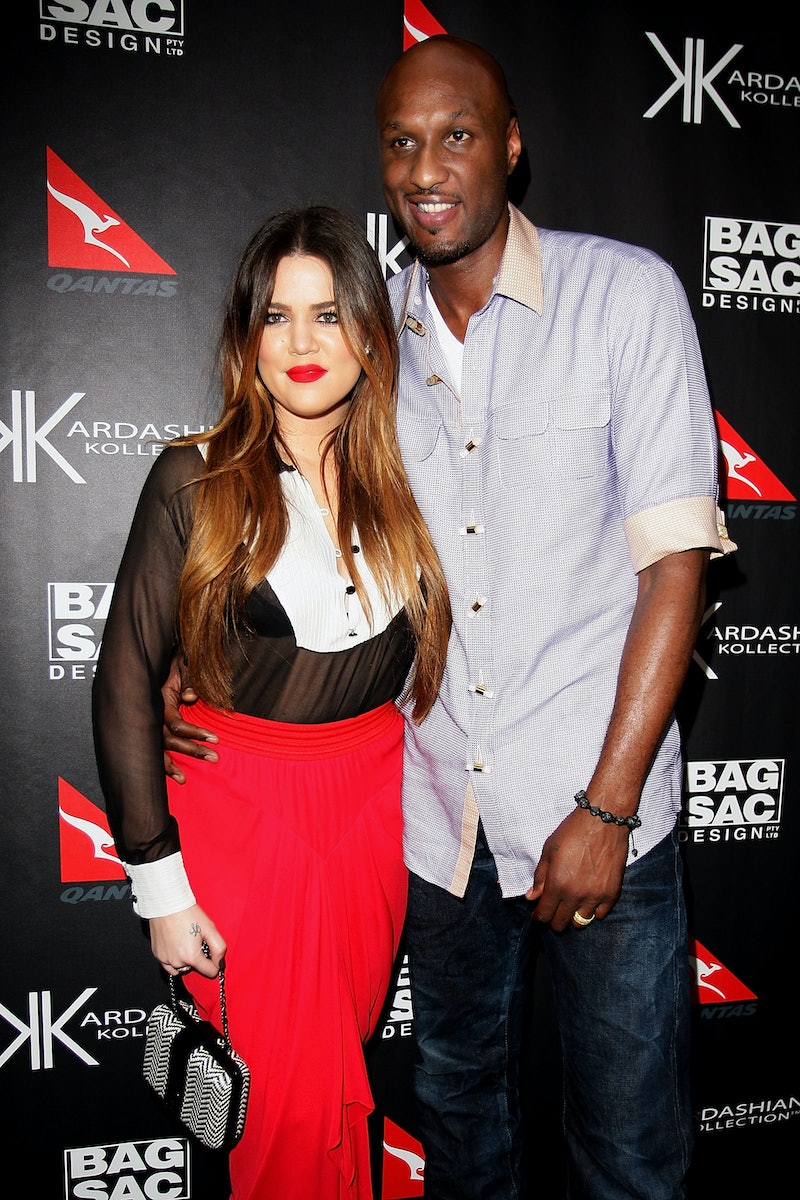 It looks like Keeping Up With the Kardashians star Khloe Kardashian is officially single. According to TMZ, Khloe Kardashian and Lamar Odom signed divorce papers, which means the two will soon be no longer legally bound. Per the website, the divorce documents were filed in court on Friday, July 17. Both Kardashian and Odom reportedly signed the docs and all that's left is the judge's signature. TMZ also reports that the couple who married in 2009 even reached a property settlement. It seems that within a few days they will officially be divorced. Bustle has reached out to Kardashian's rep for comment, but has not yet heard back.

In December 2013, Kardashian filed divorce papers citing "irreconcilable differences" as the reasoning for their split. Fans of KUWTK watched the reality starlet's marriage to the NBA player fall apart on the small screen, but off-screen, it appeared that both Kardashian and Odom went back and forth about their relationship. There were many reports that they were even getting back together, but based on the above TMZ story and the fact that the 31-year-old DASH co-owner's been dating other people, including French Montana and, reportedly, now Houston Rockets player James Harden, that definitely doesn't seem to be so.

After what seems like a very long two-year process, I hope both can move on and live happy lives.