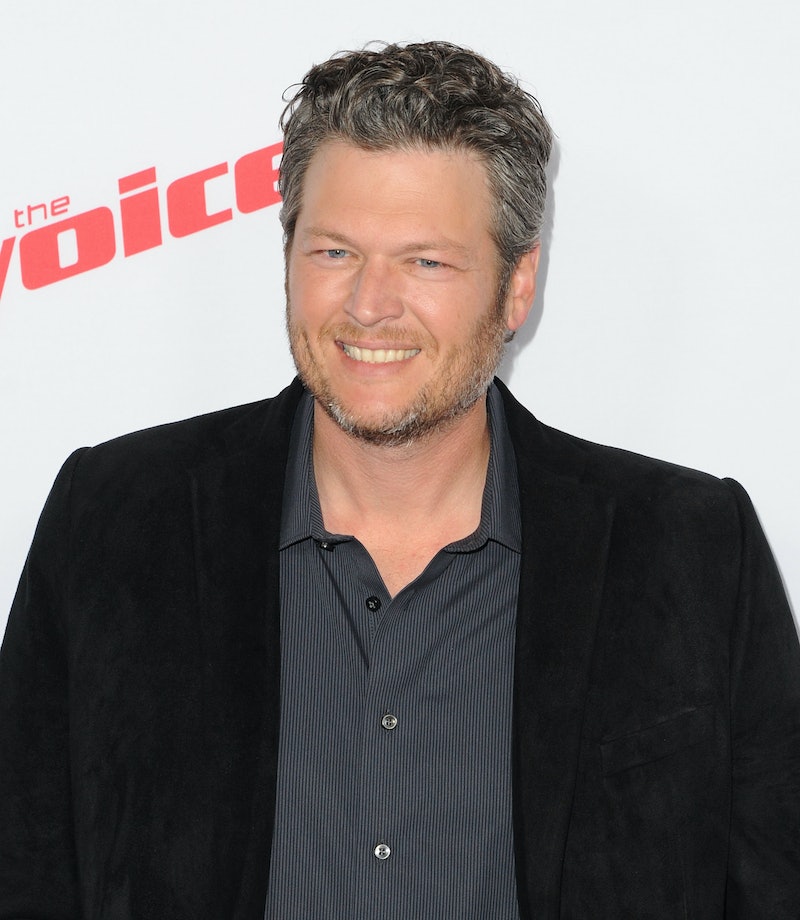 You know how everyone was just absolutely in love with Blake Shelton and Miranda Lambert? Despite seemingly being the perfect couple, Shelton and Lambert are divorcing, as they revealed via a joint statement Monday, July 20. They always appeared to have a fairytale love that most likely thought would last until the end of time, but that's unfortunately been disproven. Sadly, this isn't the first time what looked to be an impeccable relationship has ended for Shelton — the same goes for Shelton's first marriage to Kaynette Williams.

In November 2003, the 39-year-old country singer married Williams, who just happened to be his high school sweetheart. As he told Country Weekly in December 2003, "I knew Kaynette was the one just because I can't explain it. I can't say it's because we get along or because of the way she looks. It's just something I feel — you know what I mean? It's nothing more than just knowing you're right."

Forward two years later to the CMT 100 Greatest Duets concert, where Shelton and Lambert sang "You're the Reason God Made Oklahoma" together, aka the moment they fell in love. Immediately, they connected and fell head over heels in love. However, neither country singer did anything about it, because Shelton was still married. Lambert told Dateline in 2011 that she knew he was married and "off limits."

Less than a year after their duet, Shelton divorced Williams. He told People in 2007, "I just really don't think I was ready to be a husband." He also told 60 Minutes in 2014, "That was easily the toughest thing that I've been through. I put my divorce up there with my brother's death. That was a tough, tough call to make." In 2011, he tied the knot with Lambert.

Williams reportedly opened up to the National Enquirer in 2011 about their split and said, "After Blake and I split up, I moved from Tennessee back to Oklahoma. But then Blake and Miranda moved back there to a neighboring town, and it just felt like Oklahoma wasn’t big enough for all of us.”

So, where is she now? According to the International Business Times, she still goes by Shelton's last name and is a math facilitator at a Great Bend, Kansas elementary school. In 2013, the National Enquirer reported she and rodeo champion Cody Joe Scheck are living together and "Kaynette is the happiest she's ever been, and it's all due to Cody."