There's a lot of unnecessary and ridiculous drama that goes down on The Real Housewives of New York City every week. However, once in a while the ladies of the Big Apple will surprise you with a genuinely heart-wrenching scene. That's what happened during Tuesday night's episode of RHONY when Carole and Heather got incredibly emotional and during a psychic reading no less.

Carole schlepped to Queens to visit a psychic who reads and interprets coffee grinds in order to prepare her for her big emotionally taxing journey to London to pick up and bring back her late husband's ashes. She brought Heather and Dorinda along for the ride because more Housewives always equals more entertaining moments.

Spirits were high when the ladies first entered the house. Dorinda even said that the coffee was delicious and she would love to have it at her home. That is not the point of the coffee, Medley. Focus.

But once the women spit out the mud, I mean, brew, they quickly changed their tune. Carole's grinds were first up, and the psychic said that someone from her past was coming back into her life to apologize, signalling to Carole that her late husband Anthony was trying to send her a message. The psychic said that whoever this was wanted to apologize. She also brought up a jeep, which really made the hairs on Carole's arms stand up because one of the first arguments she had with Anthony was about when she scratched his jeep, an anecdote that she had never spoken about publicly. The psychic ended the session by saying that her husband would always be around to protect her, which made Carole feel so much better about the upcoming trip across the pond. 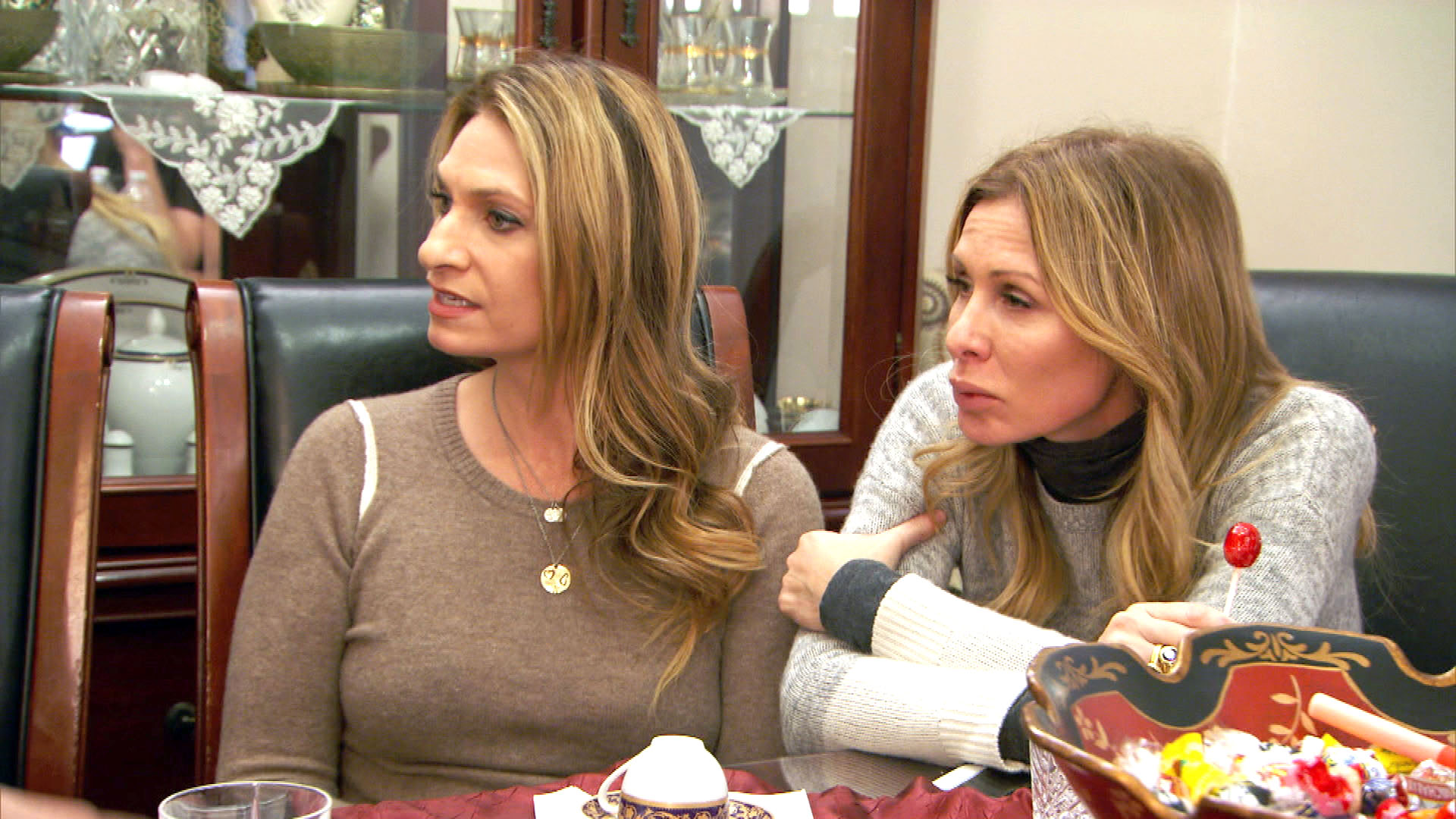 Heather also got in on the reading. The psychic brought up an upcoming operation, which Heather took to mean her son Jax's impending surgery to reconstruct his eardrums. The psychic assured her that everything would be fine, which immediately made Heather burst into tears, happy ones, of course.

The psychic also had a message for Dorinda. She brought up someone who Dorinda is too hard on whose name begins with the letter "J," which is most likely her boyfriend John. The psychic told Dorinda that even if people are hard on him, she shouldn't pay attention to the criticism and just keep on living how she wants. She also brought up balloons, which Dorinda thought referred to a time when a balloon seemingly miraculously rose and moved around the room after the death of her husband Richard. Dorinda even captured video of the event, which we saw on RHONY.

Of course, we have no way of knowing if anything the psychic said was accurate. There's always the chance that they could have been lucky guesses or that she Googled these ladies beforehand. However, the Housewives chose to take what the psychic said to heart, and they seemed to gain some peace of mind from the visit. That very rarely happens on RHONY, so when it does, these ladies have no choice but to relish the opportunity. You can't really blame them for that, now can you?