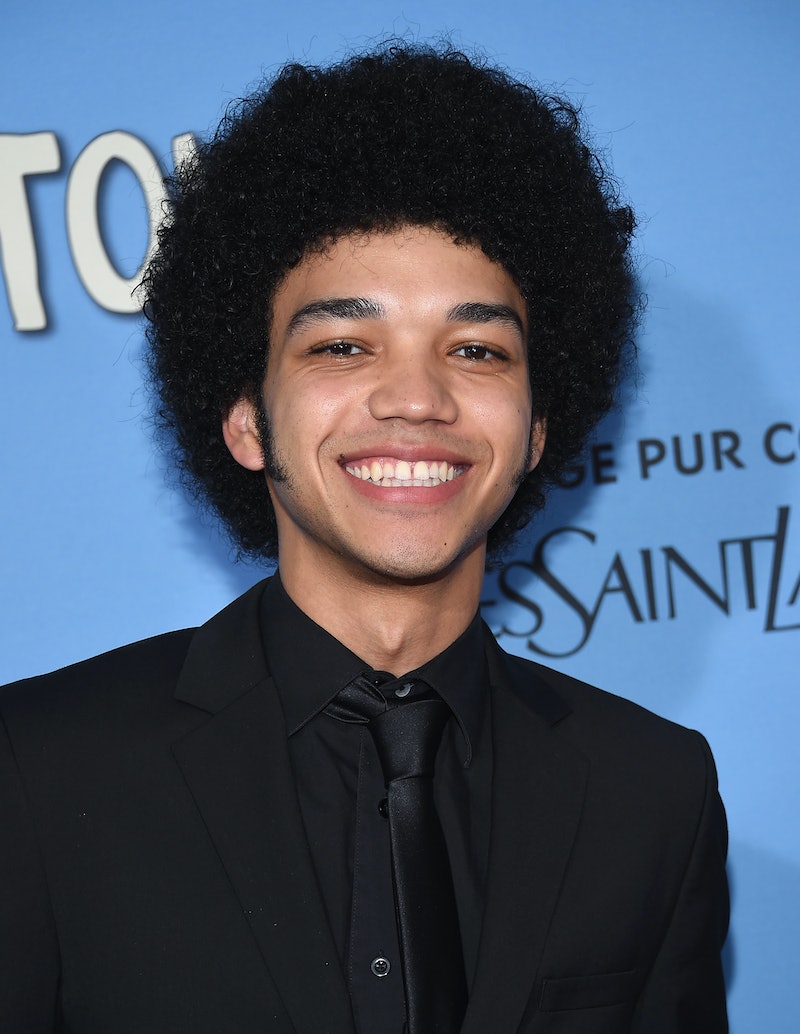 In Paper Towns, Q's best friend Radar tries — and fails — to hide his parents' enormous collection of black Santa Claus memorabilia. "IT IS NOT MY FAULT THAT MY PARENTS OWN THE WORLD'S LARGEST COLLECTION OF BLACK SANTAS," he exclaims. But who really has the largest black Santa Claus collection? It turns out there's no official world record for "Largest Black Santa Collection," strangely enough. Although the idea has gained a lot of following as an alternate narrative to the dominant (very white) story of Saint Nick, the Guinness Book (arbiter of all things strange and excessive) hasn't adopted black Santas quite yet. There are a few related records, however, as well as some unofficial title-holders (including the Paper Towns movie set, which is probably a strong contender for the largest collection). Does this mean Radar's parents really do have the largest collection?

Regardless, their hobby is certainly one of the world's most interesting, and it has a good backstory. In response to the inevitable curiosity about why he chose black Santas as Radar's family's particular quirk, author John Green recalled an old girlfriend whose parents had a huge collection of Santa Clauses themselves. Paper Towns is all about reimagining our preconceptions of the world, he continued, whether its fictional locations, mythologized young women, or even Santa Claus. Radar's family's love of black Santas, Green explains, are a (really important!) way to re-envision our stories and traditions. What could be an innocuous collection actually, for many, has serious political and social undertones. The film's production team assembled a massive array of black Santas for the set, from figurines to tapestries to cards and prints.

How interesting is that? Below, a few of of the strangest and coolest Santa-related collections in the non-Paper Towns world:

Lexington, Kentucky resident Flora Byrd possesses 125 black Santas according to the Lexington Herald-Leader — though she confesses that some are duplicates, so it's unclear if those really count. She told the Herald-Leader that she was excited to find an icon she could relate to as a black woman, and described black Santas as "beautiful and different." Byrd has seen a few stores she once frequented stop carrying black Santas, prompting her to write to the shops' corporate offices. "You don't put a sucker in my mouth and expect me to be satisfied," she said.

In this home video, Louise Johnson shows off her assortment of full-sized Santas, figurines, and Christmas ornaments. A self-professed record holder, she estimates her collection is at 325 unique black Santas.

John Green and director Jake Schreier both ’grammed this image of a black Santa from the set of Paper Towns. It's definitely a contender for the "Most Black Santas" record, whenever that gets real traction.

The actual record-holder for largest Santa Claus collection, Jean-Guy Laquerre has been collecting since 1988, according to the Guinness Book. The last tally of his Santas was in 2010, at which time he had "2,360 figurines, 2,846 cards and postcards from 33 counties, 1,312 serviettes and 241 pins and brooches." Whether he has enough black Santas among those Jolly Ol' Saint Nicks to top that record, too, remains to be seen.

5. A Community Of Kris Kringles

Secret Santa, Secret Snowflake — my college newspaper called it Secret Secular Buddies to be even more inclusive, or perhaps just as a self-deprecating joke about political correctness on campus — we're all familiar with the anonymous gift exchange that starts to pop up around Christmas time. Likely less-known are the records that this spirited exchange has spawned: "Largest Online Secret Santa Game," held by Reddit; "Largest Secret Santa Game (Single Location)," held by Lexington Catholic High School (the same town where Flora Byrd lives!); and "Largest Secret Santa Game (Multiple Venues)," held by Globe Telecom, Inc. The spirit of Christmas seems to inspire a "go big or go home" aesthetic.

6. The Largest Gathering Of Santa's Elves

Santa Claus would be nothing without his trusty helpers. The Guinness Book already has a record for the largest single gathering of Santa's Elves (1,762). Still unclear what the criteria were for "elf." Just for some additional context: As the story "Six to Eight Black Men," from David Sedaris's collection Dress Your Family in Corduroy and Denim, humorously outlines, other nations (here, the Netherlands) already have alternate Christmas narratives to our own. The Dutch Sinterklaas is accompanied by somewhere between six and eight black men (seven?). But his companion Zwarte Piet has become the subject of much controversy more recently, as he's usually (quite offensively) portrayed by an actor in black face, wearing red lipstick and a wig. He can still occasionally be seen around Christmas in Amsterdam, to the discomfiture of many tourists.

There's definitely still room for future collections to make a mark in the black Santa collection, and I'm looking forward to its (almost certain) future in the Guinness Book. Though humorous, the presence of black Santas in Paper Towns actually represents a really important alternate narrative to the porcelain-skinned, rosy-cheeked Santa Claus of the popular imagination.

More like this
'Stranger Things' Star Joe Keery Is Dating An "Indie Scream Queen"
By S. Atkinson and Grace Wehniainen
Harry Styles Performed A Snippet Of Taylor Swift’s “22” & The Crowd Went Wild
By Jake Viswanath
Laura Dern Said “Cultural Awareness” Made Her Rethink This 'Jurassic Park' Fact
By Grace Wehniainen
Lisa Kudrow Doesn't Remember Filming 'Friends'
By Sam Ramsden
Get Even More From Bustle — Sign Up For The Newsletter