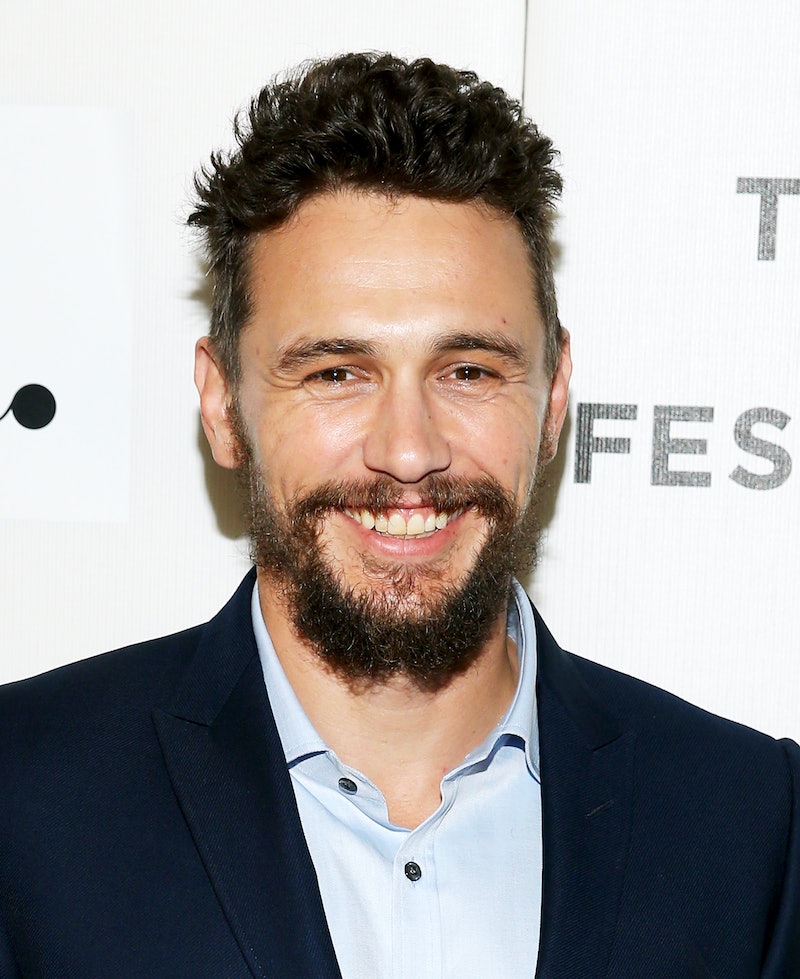 So you know that thing where you're so totally not dating someone even though you're obsessed with every single thing that they do and gush about them all the time and take photos together? Well, that's been going on between two of our most oddball celebrities for a while now, and they're about to take it to another level. James Franco is writing a book about Lana Del Rey. It's called Flip-Side: Real And Imaginary Conversations With Lana Del Rey, and before you ask, they're totally not a couple! Can't one famous person write a book of fictional dialogues with another famous person without us falling all over each other asking if they're bumping uglies? (No.)

The book is apparently being co-authored by David Shields, the non-fiction writer behind works like 2010's Reality Hunger and this year's I Think You're Totally Wrong, and if all goes according to plan, Flip-Side will be in our hot little hands sometime in 2016. In the meantime, please cast your eyes on the suuuuuuper platonic cover, which has a bunch of Instagram-y photos of Del Rey on it, hanging around in Fort Tilden, Queens sometimes alone and sometimes with Franco. Which as you'll recall, is totes norms behavior for two people who absolutely aren't dating even a little bit at all oh my god how could you even ask that?

But seriously, you guys, these two couldn't be more single, as Franco made clear during a Howard Stern Show interview last year, when he swore on his life that they'd never even hooked up:

There's a weird thing with creative types. Sometimes I love a person's work and, like, I'm just so enamored with that and their persona in their work. But outside of that, it's like, our dynamic is we're just kind of friends, we get along so well. But all this sexual attraction is for the person and the work.

Y'know what? That's totally normal so far! I take it all back.

I would have sex with her music.

JUST KIDDING. THERE IT IS. EVERYBODY GO HOME.