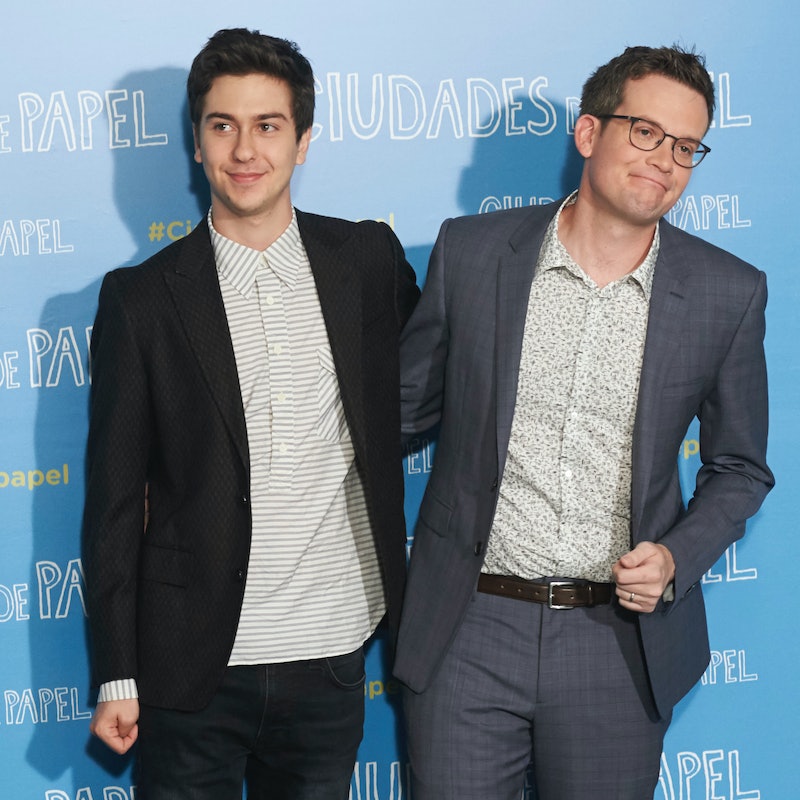 When a novel becomes a film, ultimately some elements will be cut or altered. In the case of John Green's latest best-selling YA novel, Paper Towns , the adaptation from page to screen couldn't have gone smoother, at least according to author John Green and the film's star Nat Wolff. It went so well, in fact, that the pair had a hard time choosing their favorite scenes. "My favorite scene is the scene between Jaz [Sinclair] and Justice [Smith], where Nat isn't in it," Green jokes, starring at Wolff. "Thanks John," Wolff adds apathetically.

"One of my favorites was the first scene I ever did with Cara [Delevingne], which is in the street. It's at the end of the night and I'm saying goodbye to her, and she says, ‘Your comfort zone is this big'” the 20-year-old actor explains. “It’s a great scene, and I knew the movie was gonna be really good, you know? I could just feel it.”

The second of Green's novels to be transformed for the big screen, Paper Towns follows Quentin, a high school senior who is obsessed with his mysterious next-door-neighbor Margot. After taking him on an all-night adventure through the city, Margo disappears, leaving behind clues for Quentin to use to find her. Quentin and his friends embark on a journey to find Margot, only to discover they might find themselves instead.

One part of the novel that was changed for the screen is the scene where Quentin goes to prom. In the novel, he doesn't go to prom. But the big screen addition was another of Wolff's favorites. “When I walked into prom and I saw these guys all dancing, and it was one of the last days of shooting… I was really saying goodbye to these actors, you know?" he explains. "It was just as much real as saying goodbye to my friends that I’d made, and I’d gotten so close to these guys. So it becomes not acting. I’m really upset about leaving these guys, and we’re pretending to be upset about school ending," he says.