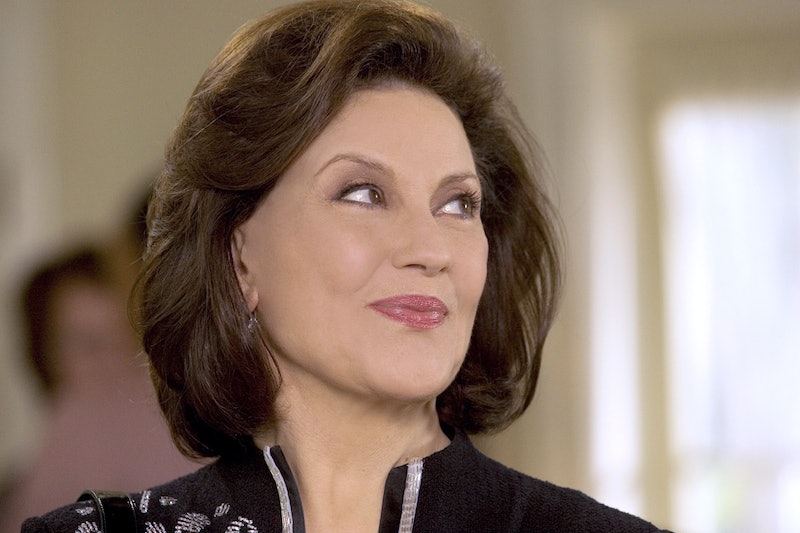 As any fan of the series Gilmore Girls can attest, those Gilmore gals are complicated creatures. Whether their name is Lorelai, their nickname is Rory, or their name is Emily, any woman who beared the last name Gilmore had more layers than an onion, in the best way possible. When it came to Emily, for instance, the mother to Lorelai and grandmother to Rory, she sold herself to the world as a very refined, proper woman — and really, in many ways, she was. Educated at the finest schools (Yale University was her alma mater) and a chairwoman for her local Daughters of the American Revolution branch, Emily Gilmore cared a lot about her social standing amongst the upper class circles in Hartford, Connecticut.

That said, though, Emily also had a bit of a wilder, more spontaneous streak in her: Though it was rarely seen, it was noticeable when she was around Lorelai, and occasionally, Rory. The Gilmore family matriarch was an intricate character, and half of what was arguably one of the most compelling mother/daughter relationships television has ever seen.

But, what exactly made up Emily's character? Though she might seem to have so many levels that it would be hard to deduce, we, luckily, live in an age where scientific advances reign true, and it's not impossible to analyze these sorts of things if you break them down. So, since I'm a journalist, I felt it was my duty to at least try. Let's take a look: