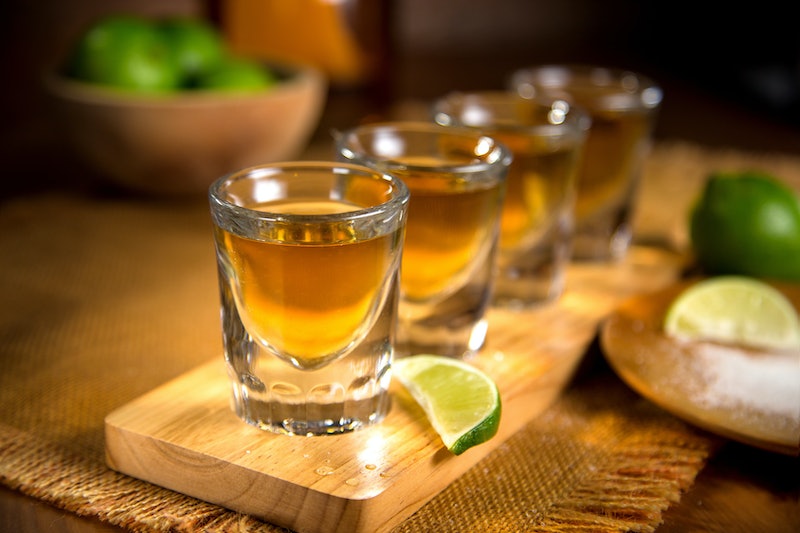 Of all the spirits to be responsibly consumed by booze-seeking adults, tequila is perhaps the most misunderstood. Most likely, it brings back memories (or half memories) of pounding cheap shots in college, and then swearing you'd never touch the stuff again — but tequila can be surprisingly sophisticated. July 24 is National Tequila Day, and to mark the occasion Yahoo Travel editor-in-chief Paula Froelich took her A Broad Abroad video series to the Herradura Tequila Factory in Amititan, Mexico, where she attempted to learn how to make tequila herself. Admittedly, Froelich says she's not so much a "tequila girl," adding that tequila always used to make her "a little bonkers" (I totally get it). I personally tend to be a little wary of tequila myself, but after watching Froelich attack an enormous agave plant from all sides with a shovel (step one of the tequila-making process), I have to say I have a brand new appreciation for the stuff that makes my margarita possible.

For the latest episode of her Yahoo Travel original video series, Froelich found herself in the agave fields outside the Herradura hacienda, a distillery that's been producing tequila for the last 184 years. From harvesting giant agave plants to seeing where the aging barrels of tequila are kept (some for as long as 49 months), Froelich shows us exactly what goes into making the popular liquor... and let's just say things get a little complicated. Take a look at her video below.

See? There's a whole lot more to tequila than what meets the eye. Those shots you will inevitably throw back at your National Tequila Day celebration take on a whole new layer of complexity now that you've seen how difficult it is just to cook agave. I mean, 26 hours in the oven? That's insane. There are other takeaways to be gleaned from this, too — who knew tequila could be used to treat certain rashes, or clean bottles? The powers of tequila truly know no limits.

To see more of Froelich’s travels, check out A Broad Abroad at Yahoo Travel.