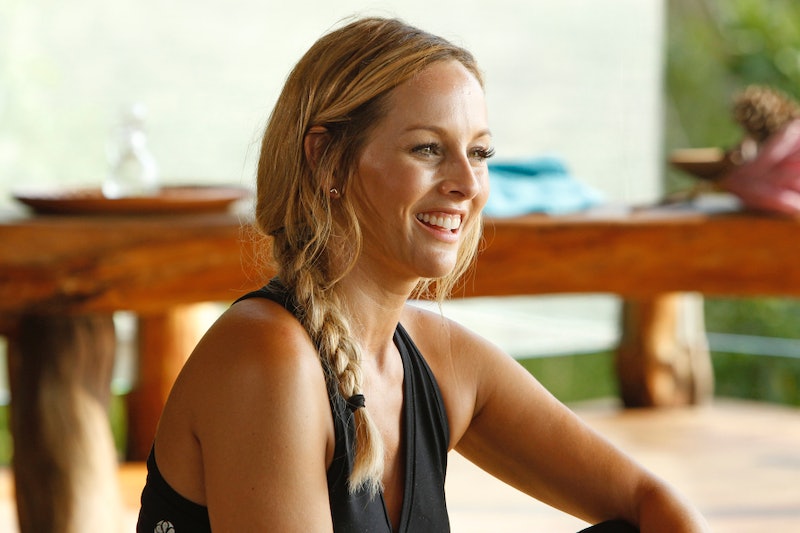 Clare Crawley was my absolute favorite part of a season of The Bachelor that was, in two words, the worst. Juan Pablo was rude and definitely not a Bachelor for “the right reasons” (history will side with me on this one and I think it probably already has), but at least the women on his season were cool, amirite? Clare also showed up on last year’s season of Bachelor in Paradise, and, guess what, Clare fans? Clare Crawley is returning to Bachelor In Paradise Season 2 because, sometimes, being a Bachelor universe fan is the best. But, we have to wonder, why is she back?

Clare kind of had a hard time of it during Juan Pablo’s season of The Bachelor. The two of them had crazy sexual chemistry and as much intellectual chemistry as one could have with Juan Pablo (a potato has more in-depth conversations), but it all completely went to hell during a date in Vietnam. Juan Pablo and Clare snuck out into the ocean for a tryst and ended up doing a bit of the hibbity dibbity in the water. At least, that’s how it was presented to fans. The next day, Juan Pablo went on this spiel about how it wasn’t good for his daughter to see him doing that with a woman and, basically, that Clare should feel bad about herself for seducing him. It was slut-shamey and wrong and it really sucked for Clare. Later on, Juan Pablo told Clare that he “really liked f*cking her.” What a charmer, right? In the end, Juan Pablo chose Nikki Ferrell over Clare, and, thankfully, Clare got away from that mess. And so began her time in Paradise.

Clare’s first stint on Bachelor in Paradise wasn’t without drama. She wasn’t sure if she really wanted to be with Zack — her guy on the show — and she got slut-shamed for the Juan Pablo thing again by AshLee Frazier. (I cannot even talk about girl on girl crime like that without getting stabby.) With all that happening, Clare bailed and I can’t blame her. That being said, I don’t think it’s crazy for her to come back. She’s clearly just looking to find love and she deserves it. At this point in society, dating on a reality show is in the same vein as meeting someone online or at a bar — sometimes it works out, sometimes it doesn’t — and I can’t begrudge anybody who puts themselves out there to try and find someone to spend the rest of his or her life with. Love is hard, dudes and dudettes, and you really have to turn every rock to find it.

I’m happy that Clare is back on Bachelor in Paradise and that's not just because I really think she’s funny and I like watching her. I’m glad Clare is back because she's has been handed a lot of unwarranted crap when it comes to her onscreen loves. The nicest guy she’s seen was the raccoon in the Bachelor in Paradise Season 1 premiere! This season though, it looks like Clare has dates with Mikey T. (from Des’ season) and Jared (from Kaitlyn’s season), and they seem like fairly respectable guys.

I’m rooting for you, Clare! Like the rest of us, you’re just a woman looking for love. And if you don’t find it on Bachelor in Paradise, you’re definitely more than welcome to come over and hash it out with me over a bottle of wine.