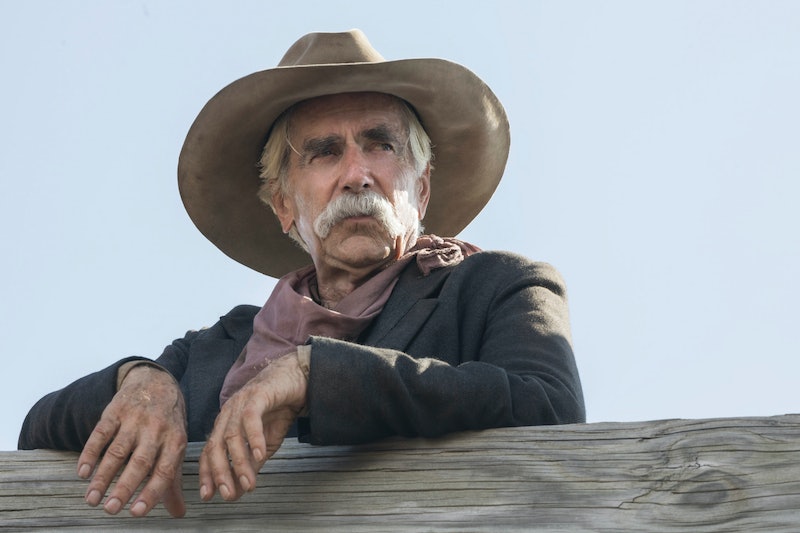 Paramount Network’s Yellowstone is a modern Western drama centered around the Dutton family, who owns a large Montana cattle ranch, and their disputes with those who share their property’s borders: a Native reservation and land developers. Starring Kevin Costner as patriarch John Dutton, the series has garnered immense fanfare since its 2018 premiere, and Season 4 is currently airing. For viewers who can’t get enough of Yellowstone, don’t worry — there’s plenty of related content in the works, including 1883, a forthcoming prequel series from co-creator Taylor Sheridan.

1883 was first announced during the Super Bowl in February 2021, per Town & Country, though details remained scarce until August, when Paramount+ revealed the series had begun filming in Fort Worth, Texas. Here’s everything you need to know about 1883, including its plot, cast, trailer, and release date.

Set in the late 19th century, 1883 will follow the Dutton family as they venture westward through the Great Plains to Montana, where they eventually own and operate the state’s largest ranch. Determined to escape poverty and improve their future, the family’s story is “a stark retelling of Western expansion,” per the series’ official synopsis.

Who’s In The Cast Of Paramount+’s Yellowstone Prequel, 1883?

Western film veteran Sam Elliott stars in 1883 as Shea Brennan, a cowboy with a troubled past and tough exterior who’s set to lead a group from Texas to Montana. Portraying the Dutton family matriarch (Margaret) and patriarch (James), respectively, are real-life country music couple Faith Hill and Tim McGraw. Isabel May is set to play their eldest daughter, Elsa. Furthermore, LaMonica Garrett will play a Pinkerton colleague of Shea’s named Thomas, and Billy Bob Thornton (Fargo) will take on the role of Marshal Jim Courtright. According to Variety, Graham Greene (Dances With Wolves) will portray Spotted Eagle, a Crow elder who informs James about Paradise Valley and encourages the Dutton family to settle there.

“It all starts with the writing, and Taylor Sheridan is a brilliant writer,” said Elliott in a press release. “I think the western genre speaks clearly to both of us. The classic struggles of man against man, man against nature, and man against himself. It’s all there in 1883, and I’m honored to be a part of it.”

“This is truly a dream job,” McGraw told Paramount+. “Taylor has found a way of storytelling that brilliantly creates these epic dramas and family sagas with so much depth and creativity. The Duttons are tremendous characters, and it’s so thrilling to be able to bring them to life. As a kid growing up riding horses, you think about dream jobs like this, and I am just so excited to work with this amazing cast and crew.”

“This is the opportunity of a lifetime,” added Hill. “The Duttons are a formidable family, and it is an absolute dream to bring such a strong female character like Margaret Dutton to life. I am humbled and honored to work with Taylor and his entire team.”

Paramount+ released the first trailer for 1883 on Dec. 3, and it promises a long, tense, and dangerous road to Montana for the Duttons and the rest of the crew. “My family’s meetin’ here tonight and we’re heading north,” declares James Dutton (McGraw) in the clip. “I’ll keep headin’ north until I find country that’s worth the journey.”

Immediately following a new episode from the ongoing Season 4 of Yellowstone, the first episode of 1883 will simultaneously premiere Dec. 19 on Paramount Network and Paramount+. The rest of Season 1 will be released directly to Paramount+, though it’s currently unclear how many episodes will be released at a time.