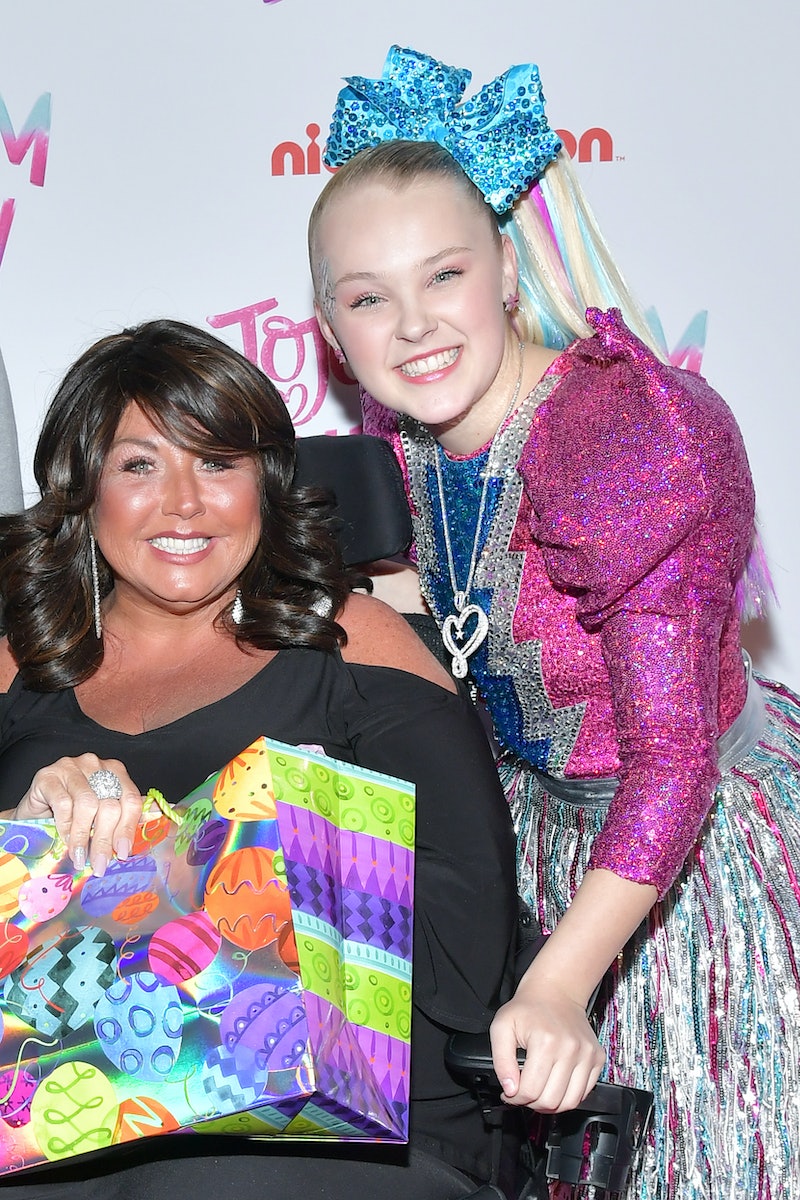 Years after leaving Dance Moms for her own Nickelodeon deal, JoJo Siwa is receiving support from Abby Lee Miller for her decision to come out as queer. Siwa's former dance coach expressed her pride for the 17-year-old's recent announcement in an interview with Entertainment Tonight. "I'm very proud, I'm very proud," Miller, 55, said, adding, "I don't think she hides anything really. I think maybe she just didn't know." Since coming out as a member of the LGBTQ+ community on Twitter, Siwa has introduced the world to her girlfriend of more than a month, Kylie.

Miller, 55, added her voice to the widespread praise Siwa has received for coming out as a young, public figure. "Her life is for the whole world to know about," Miller explained. "Every single thing that she's doing with social media now, everybody knows what we're doing and what we're up to at every moment. And we tell them, we share it. So for her to make that statement and to share that, that's what she wanted to do."

This isn't the first time that the Abby Lee Miller Dance Company founder has made her support for Siwa known. On Jan. 23, Miller posted a series of throwback photos with Siwa and applauded the singer's decision to live her truth. She wrote, "I always knew the world would be a more colorful, positive, sparkly place with a kind, loving, dazzling triple threat like you in it - a shining example for the kids out there to live their BEST lives each and every day. *You put your heart on the platter! (If you know you know) Love you kiddo!!!Keep making me proud 🌈"

During her interview with ET, Miller addressed her history of mentoring "students that struggle with their sexuality." She continued, "Some have come to me and said, 'You know, without you, I would've committed suicide.' To hear that as a teacher, it is shocking and also very loving and kind and that I know that I did that for that child."

Since Siwa's announcement, she's enjoyed celebrating her new girlfriend on Instagram. On Feb. 14 she shared a photo and video of herself with Kylie, writing, "It’s my first valentines dayyyy!! No one in the world makes me as happy as this girl does. I’m so thankful to have fallen in love with the most perfect person ever who makes me smile 24/7. I love you more than you’ll ever know!❤️"

Kylie has also gone Instagram official with Siwa, declaring on Feb. 8, "fall in love with your best friend, guys. it’s THE BEST feeling in the entire world. here’s to one month with my favorite human :) i love you sharky ♡" alongside several photos and videos of the couple. Siwa commented on the post, writing, "The best ever. I’m so lucky you’re my human. I love you forever and ever❤️"