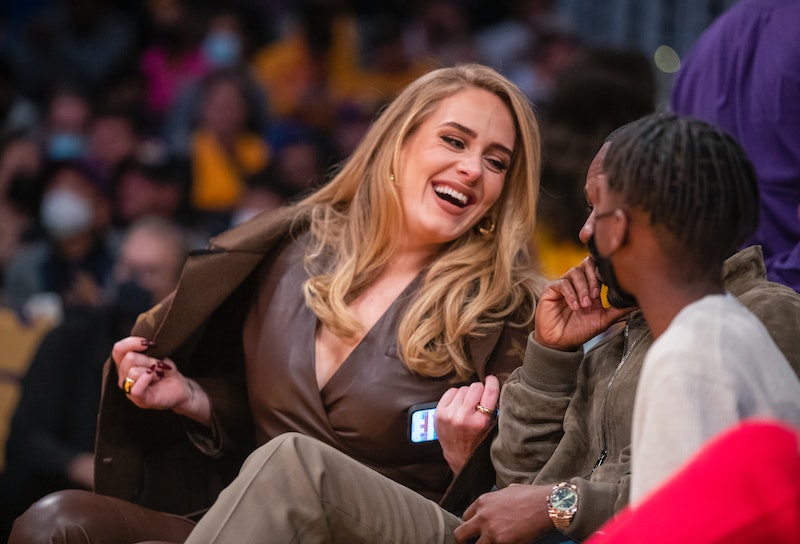 As Adele fans will likely know, the singer’s album 30 largely centres on her experiences with marriage and divorce during the past few years. The heart-wrenching album details her heartache and road to recovery, with hits including “Easy On Me” and “Hold On”. But these days, Adele is in a new happy relationship with sports agent Rich Paul, and has recently revealed she would potentially be open to marriage again in future.

Speaking to John Mayer on his SiriusXM radio show, the singe explained, “I think marriage is a really incredible thing. I know that some people probably think that I wouldn't think that, and like I gave up on it. I think you should. I can't really say why.”

She added: “But, I'm definitely open to marriage again. I definitely am. The feeling I had in being married was the safest feeling I've ever had in my life. Sadly, it didn't work out. But, you know, I miss being married.”

Marriage and divorce were also brought up in a recent interview with Queenie author Candice Carty-Williams for The Face.

Speaking to Carty-Williams, Adele said that, before current partner Paul, she had had feelings for somebody else, but her divorce was still too raw to properly go there. “There was someone that I have loved – not been in love with, but been so fond of, and have been for years – but I was unable to pretend that I wasn’t in my own storm,” she began, before adding:

“I couldn’t give myself properly. I couldn’t be consistent, and neither could he. It wasn’t right, leaving a marriage and then dating a year after. Even if you feel ready, it’s a gaping, open wound whether you leave or you’re left. So it was more that this person was asking for me to throw myself into it. And I couldn’t because I was still recovering from the breakdown of my marriage.”

“I associate him with the breakdown of my marriage,” she concluded.

As mentioned, Adele is currently dating Rich Paul. She was previously married to Simon Konecki, but the pair split in 2019.

More like this
Rita Ora Finally Opened Up About Marrying Taika Waititi & Their "Perfect" Wedding
By Sophie McEvoy and Catharina Cheung
4 Surprising Celeb Throuples That Got The Internet Talking
By Sophie McEvoy
Joey Essex Is Rumoured To Be Dating A 'Love Island' Favourite
By Sam Ramsden
Gemma Atkinson & Gorka Márquez Are Strictly The Sweetest Couple
By El Hunt
Get The Very Best Of Bustle/UK
Sign up for Bustle UK's twice-weekly newsletter, featuring the latest must-watch TV, moving personal stories, and expert advice on the hottest viral buys.