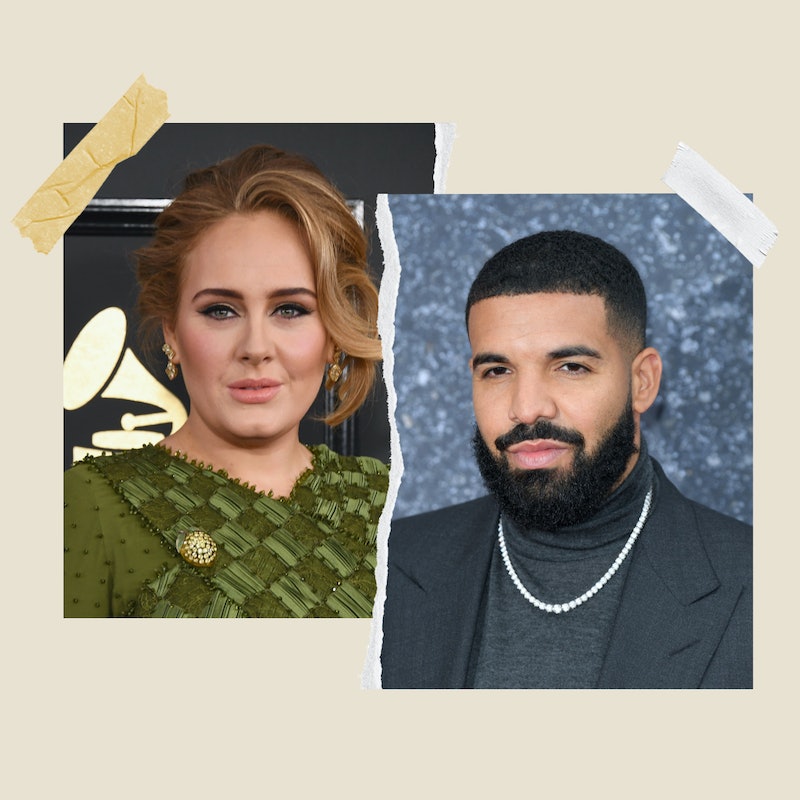 As the world gushes over Adele’s newly released 30 album, the “Easy On Me” singer can’t stop gushing over her good pal Drake. Speaking on CBC Radio One’s show Q, Adele revealed what a blessing it is to know the “One Dance” rapper personally — especially since there aren’t many people in this world who truly understand the position she’s in as a seasoned pop star.

“If I try and talk to one of my other friends about it, they’ll have no idea what I’m talking about,” Adele said, per Daily Mail. “They’re like, ‘Can’t relate!’ So they just switch off.” But being friends with Drake, who understands from personal experience, is something she’s very grateful for. “I can say something to [Drake] and he won’t judge me for it, you know?” the 33-year-old musician continued. “So to have access to someone that’s in the same position as [me] is one of the biggest gifts of my entire career.”

The “I Drink Wine” singer added that she and Drake can’t relate to up-and-coming artists because they made their debut before the era of Spotify and Apple Music. “We are a dying breed,” she said, explaining that they are two of the few successful artists today who “came out before streaming.” “We came out before all the social media frenzies of like, ‘You’ve got five seconds to entertain; otherwise, get out.’ We existed in the old school-ness of the industry that we grew up watching and aspiring to [be part of].’”

This isn’t the first time that Adele spoke about her enduring friendship with Drake. While promoting 30 ahead of the album’s official release, the “Oh My God” artist told Capital Breakfast that she let the “God’s Plan” musician listen to the album early, even though letting other people listen to her work before it’s officially out has never been her style. “I played it to Drake last year when he was in town,” she confessed. And when she asked him if he thought it was what her fans wanted to hear, “he said ‘absolutely.’”

Elsewhere in the interview, the “Hello” singer went on to call the rapper “incredible and amazing” before explaining why she doesn’t usually ask other people for opinions about her music. “I don’t send it around to various people being like ‘can I get your thoughts on this?’” she said. “It’s always about how it makes me feel, quality control is my forté, and I can write a song about my own experiences and my own life. People certainly aren’t waiting for a club banger from me.”

Adele’s new album may not be full of club bangers, but Drake is certainly a fan. After “Easy On Me” came out on Oct. 15, he took to his Instagram Stories to give Adele and her new single a shoutout. “One of my best friends in the world just dropped a single,” he wrote alongside a photo of the pop star, per TMZ. And while it remains unclear how these two became so close, we are so here for this friendship.