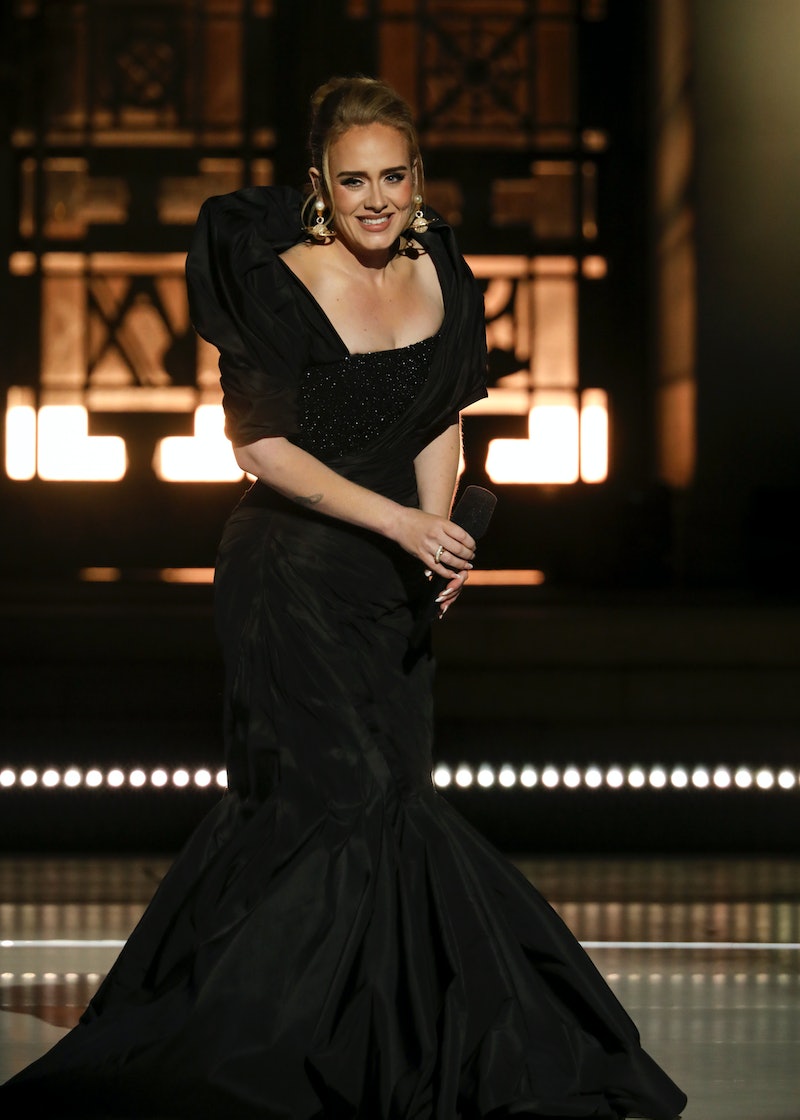 After pouring her heart and soul into 30, Adele is making sure her long-awaited new album can be listened to as she always wanted it to be. That means from start to finish. She confirmed in a tweet on Saturday, Nov. 20 that she’d asked Spotify to allow her album to be played without defaulting to shuffle and thanked the music streaming service for granting her request.

“This was the only request I had in our ever changing industry!” she wrote. “We don’t create albums with so much care and thought into our track listing for no reason. Our art tells a story and our stories should be listened to as we intended. Thank you Spotify for listening.”

Her tweet came in response to one from Pop Crave, which reported the change. “Following the release of ‘30’ by @Adele , Spotify removed the shuffle button as the default option when playing albums,” it said. “Now, listeners have to listen to every album’s tracklist in order.”

Spotify, too, weighed in. The streamer confirmed that when one of the world’s most famous singer-songwriters asks you for a favor, you say yes. “Anything for you,” the streamer’s Twitter account replied to her, alongside the folded hands and sparkles emojis.

Giving Adele fans the experience she wants them to have seems like a smart call. Her latest release is off to a strong start, as shown by how quickly 30 dethroned Taylor Swift’s Red (Taylor’s Version) to top the iTunes chart when it released on Nov. 19. Additionally, two of her new songs are in the top five of Spotify’s Today’s Top Hits playlist, as of this writing. “Oh My God” is the No. 1 song, while “Easy On Me” follows at No. 5.

Fans had been waiting roughly six years for a new Adele album to be released into the world after 2015’s 25. And 30 hasn’t disappointed, from the powerful lyrics to the singer’s emotional first performances on the CBS special Adele One Night Only. It dives deep into the pain of her divorce and her journey to love herself and accompanied her “throughout the most turbulent period of [her] life,” as Adele wrote in an October statement announcing the work. “I’ve painstakingly rebuilt my house and my heart … and this album narrates it,” she added.

With how much the album means to Adele, it makes sense that she’d be determined to ensure fans can listen to her story properly. Some did complain about not being able to use the shuffle button in response to Spotify and the 15-time Grammy winner’s Twitter exchange, but others appreciated the move. “Thank you,” one person wrote. “Artists deserve their albums to be heard in the order they intended as the order is part of their art.”

More like this
Adele Is Attending The 2023 Grammys, Thank You Very Much
By Jake Viswanath
Jay-Z Is Performing At The Grammys, Meaning Beyoncé Might Actually Show Up
By Jake Viswanath
Taylor Swift May Miss The 2023 Grammys For Reasons Fans Know “All Too Well”
By Jake Viswanath
Taylor Lautner Thought Taylor Swift's 2009 VMAs Interruption Was A "Skit"
By Alyssa Lapid
Get Even More From Bustle — Sign Up For The Newsletter
From hair trends to relationship advice, our daily newsletter has everything you need to sound like a person who’s on TikTok, even if you aren’t.