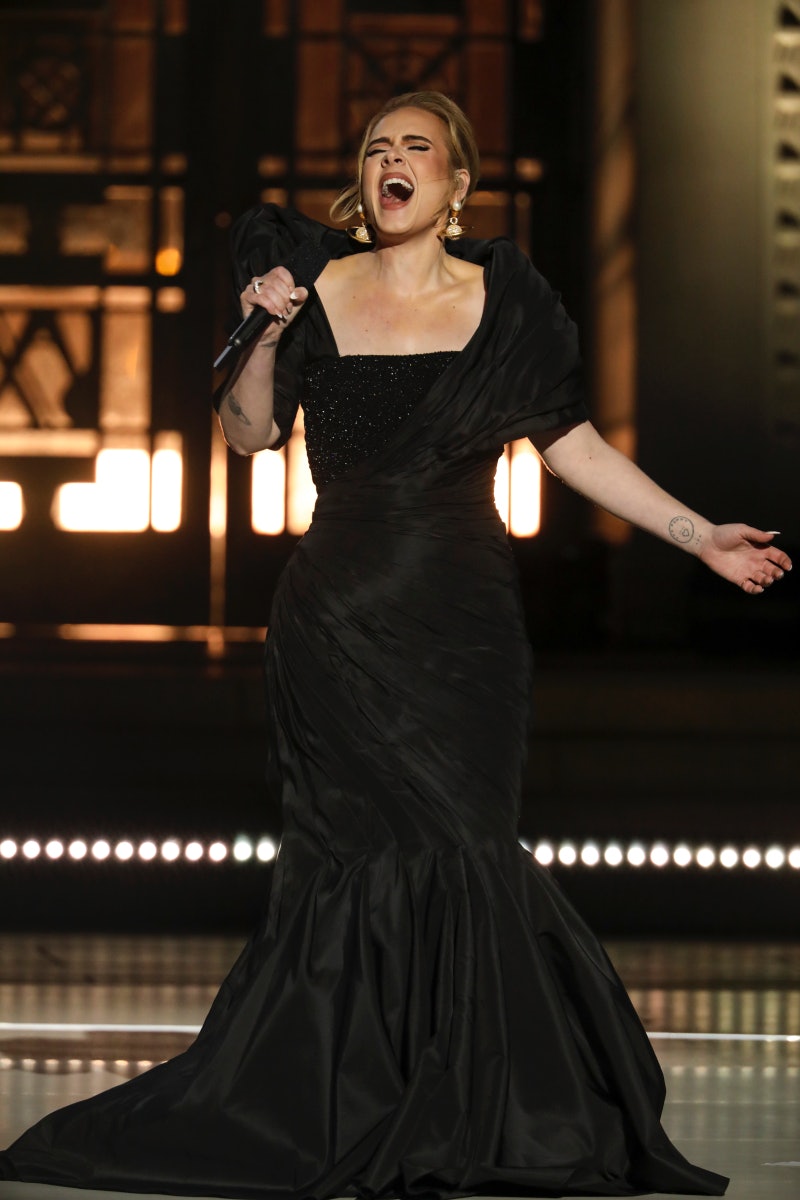 From the moment Adele revealed the first new lyrics off her upcoming album, 30, fans knew it was going to be an emotional ride. That proved to be 100% true during her Nov. 14 CBS TV special, Adele One Night Only, which included performances of new songs that fans had never heard before. The British singer-songwriter’s concert packed a poignant punch, and the new lyrics she unveiled were as gut-wrenching and powerful as always. The best ones inspired tears of sadness, joy, and everything in between — all propelled by Adele’s phenomenal vocals.

The 15-time Grammy winner started the show with an older favorite, “Hello,” but then she moved on to her upcoming album’s first single, “Easy on Me.” She continued to mix old hits with new material, ultimately performing three never-before-heard songs: “I Drink Wine,” “Hold On,” and “Love Is a Game.” While Adele had warned that 30 would tackle difficult topics such as her divorce from Simon Konecki, it was still impossible to be fully prepared and fans were getting deep in their feelings throughout the night. When all was said and sung, they were simply grateful to finally have Adele back with new music. It’s been far too long since 2015’s 25.

READ NEXT: Watch Adele Set Up A Surprise Engagement Proposal

Below, read Adele’s best new lyrics from her One Night Only performances.

“Easy On Me” Lyrics

“Love Is A Game” Lyrics

READ NEXT: What Adele Told Oprah About Her Weight Loss