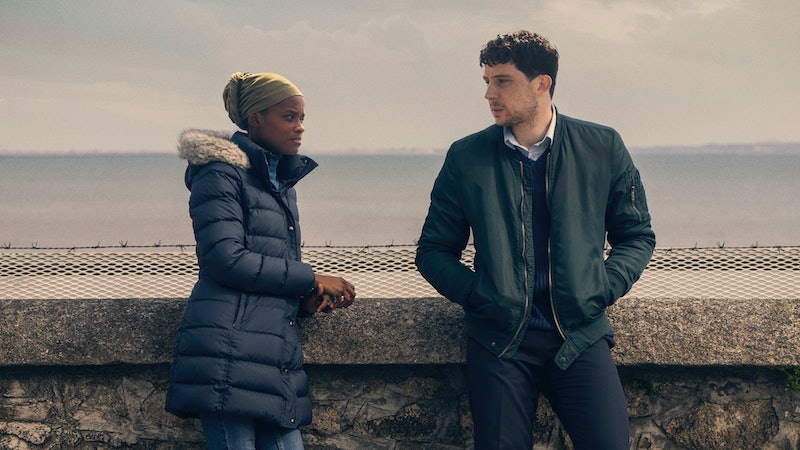 All too often, politicians discuss refugees and asylum seekers in dehumanising terms, using the issue of immigration as a political chip. But behind every statement from new UK home secretary Suella Braverman and each move to make reaching safety harder for those fleeing war and persecution lies a real person and a deeply personal story. And in Aisha — set in Ireland, where a similar level of red tape and bureaucracy complicates the process of resettling — we see the reality of the situation explored through a moving story.

Already emerging as a hit at various high-profile film festivals, Aisha played for the first time at Tribeca Film Festival back in June. Ahead of the film arriving in UK cinemas, here’s everything you need to know about Aisha.

According to a synopsis, Aisha “charts the experiences of a young Nigerian woman as she seeks international protection in Ireland. Caught in limbo for years in Ireland's immigration system, Aisha Osagie develops a friendship with former prisoner Conor Healy, who she meets at one of the accommodation centres. Aisha and Conor's growing friendship soon looks to be short lived as Aisha's future in Ireland comes under threat.”

The trailer for the film dropped at the beginning of October, and you can watch it, below. The film will be available to watch on Sky Cinema and UK cinemas on November 17, 2022.

More like this
Stephen Graham & Steve McQueen Are Working On A Wartime Drama
By Darshita Goyal
Yes, You Can Stream ‘To Leslie’ In The UK Now
By Sam Ramsden
A New Netflix Doc Will Explore The Unsolved Murder Of Jill Dando
By Sam Ramsden
Channing Tatum “Nearly Killed” Salma Hayek During 'Magic Mike' Lap Dance
By Sam Ramsden
Get The Very Best Of Bustle/UK
Sign up for Bustle UK's twice-weekly newsletter, featuring the latest must-watch TV, moving personal stories, and expert advice on the hottest viral buys.