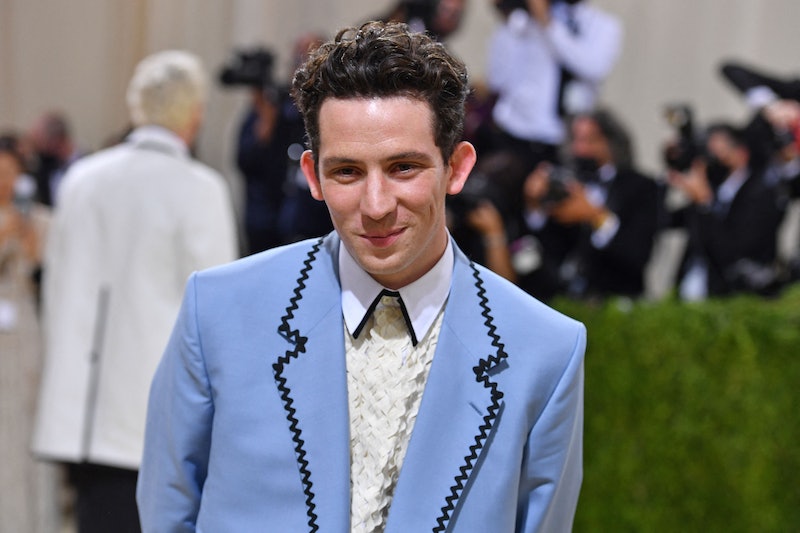 Best known for his role as Prince Charles in Netflix’s The Crown, Josh O’Connor has attracted many a romantic rumour over the years. But what is his current relationship status? Here’s what we know.

In 2019 O’Connor was reportedly dating Margot Hauer-King, an account director for a marketing start-up. Hauer-King is the daughter of London restauranteur Jeremy King and the sister of actor Jonah Hauer-King, known for Postcards from London and will play Prince Eric in the 2023 live-action remake of The Little Mermaid. According to the tabloids, the couple moved to East London together, but precious little is known about their relationship otherwise.

Despite their low-key approach to dating, the couple did share a few snaps of each other on social media at the time. News outlets such as The Sun suggest they were together as recently as November 2020, but as of now – nearly a year later – the silence on their social media as well as the deletion of previous social media photos of the couple suggest that they are no longer an item. Neither Hauer-King or O’Connor have spoken up publicly about the relationship or the possible split.

O’Connor has also been linked to fellow The Crown star Emma Corrin, who played the precocious Lady Diana Spencer opposite his shy Prince Charles. Rumours were based on the fact that the two had undeniable chemistry. A secret relationship was never confirmed or denied, though. (Corrin has also been romantically linked to a series of stars, including Harry Styles.)

O’Connor was born in Southampton, and lived in London’s Shoreditch until very recently. The actor moved to New York in the summer of 2021. While he has not confirmed whether the move is permanent, but he did tell the Evening Standard that he would be taking on more “indie films” and that he is “excited about doing theatre and making independent movies,” rather than big blockbusters like James Bond, or Marvel.

O’Connor has appeared in the 2015 Disney remake of Cinderella, God’s Own Country, Emma, Doctor Who, Peaky Blinders, The Durrells, and will soon be appearing alongside Olivia Colman – who famously played The Queen in The Crown – in the highly anticipated romantic drama Mothering Sunday.

For now, at least, it sounds like the actor is looking forward to a “quieter” life in New York and even starting a ceramics course. “Maybe in a couple of years I’ll be a brilliant pot maker!” he told ES. Maybe, Josh. Maybe.

More like this
Darren Harriott Is Keeping His Love Life Away From The Spotlight
By Darshita Goyal
Helena Bonham Carter Doesn't Think 'The Crown' “Should Carry On"
By Sam Ramsden
Joey Essex Is Rumoured To Be Dating A 'Love Island' Favourite
By Sam Ramsden
Daryl McCormack Has A Very Special Lady In His Life
By El Hunt
Get The Very Best Of Bustle/UK
Sign up for Bustle UK's twice-weekly newsletter, featuring the latest must-watch TV, moving personal stories, and expert advice on the hottest viral buys.