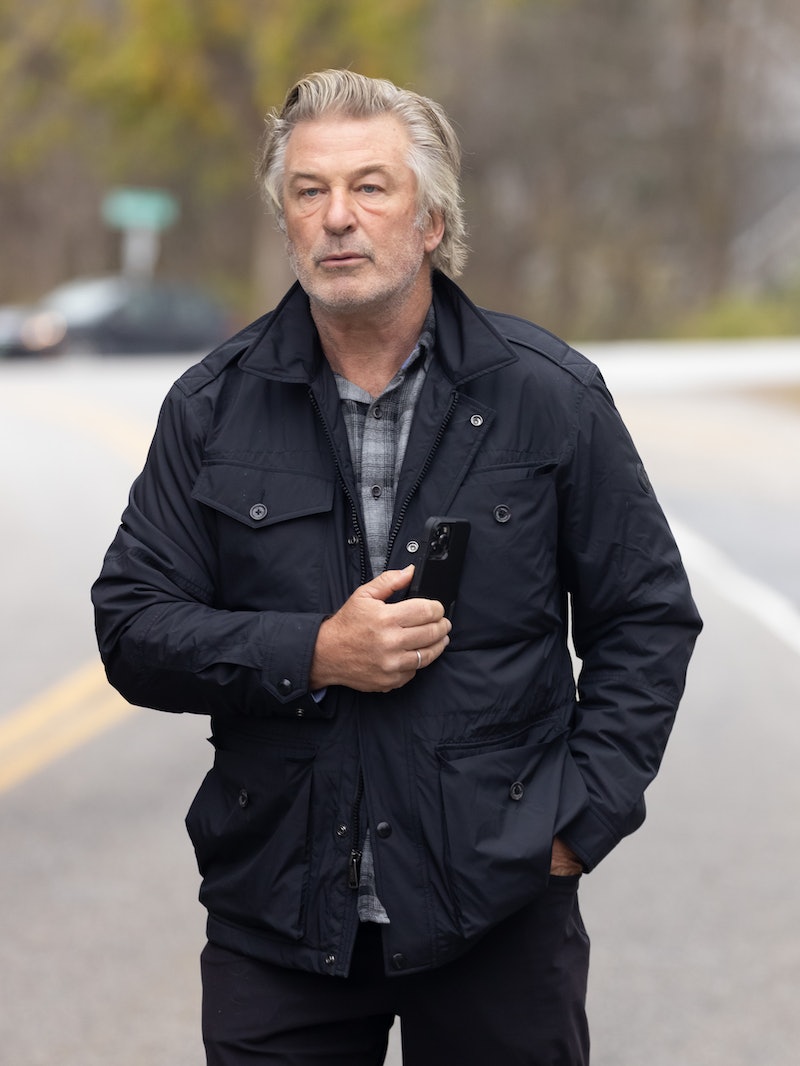 Alec Baldwin is grateful for the care and support he’s received since the fatal shooting that took place on the set of his film Rust in October. The 63-year-old actor was holding a prop gun during a rehearsal on Oct. 21 when it unexpectedly discharged, killing 42-year-old cinematographer Halyna Hutchins and injuring 48-year-old director Joel Souza. On Dec. 24, weeks after his first formal interview about the tragedy, Baldwin took to Instagram to thank those who’ve sent him kind messages during this “very difficult” time.

“I wanted to take a moment to say thank you to all the people who sent me such kind words and best wishes and strength and hope and prayers, thoughts and lots of encouragement,” the Beetlejuice actor said in a three-minute-long video he shared on his Instagram feed. “I got hundreds, hundreds of emails from friends, family and colleagues and people I haven’t heard from in quite a while to send me strength and good wishes and so forth. I’m really grateful for that.”

Baldwin also took a moment to acknowledge the supportive comments he’s seen on social media and said that he’s looking forward to “some aspects” of the fatal shooting being behind him. “Of course, for everyone who’s involved in this it’s never going to be behind us because someone died so tragically,” he explained. “I never lose sight of that. Not a day goes by I don’t think about that.” He also said that he’s been leaning on his family a lot to help him cope with the tragic events that took place on set.

“All I care about is my wife and my kids and just moving forward with my life and trying to get through a tough time,” Baldwin said, adding that it feels “very awkward” to be going through this so publicly. “It’s been very difficult and I want to say happy holidays. ... Whatever holiday you’re celebrating, happy holidays to everybody.” He closed out his video by reminding people to stay safe, mask up, get the booster shot, and not “let Santa Claus down the chimney without a mask.”

The Still Alice actor’s holiday message comes just a few weeks after his Dec. 2 interview with ABC News’ George Stephanopoulos, which marked the first time he spoke about the Rust shooting publicly. In the hour-long special, he said that he “didn’t pull the trigger” on the firearm that killed Hutchins and that he’s still not sure how a live bullet made it onto the set. “I would never point a gun at anyone and pull the trigger at them,” he said.

So many questions about what happened that day remain unanswered: Was the set sabotaged? How did the live rounds get onto the set? Who is ultimately responsible? But one thing Baldwin knows for sure: It’s not him. “I feel that someone is responsible for what happened and I can’t say who that is,” he told Stephanopoulos. “But it’s not me.”

More like this
Alec Baldwin Charged With Involuntary Manslaughter In 'Rust' Shooting Death
By Alyssa Lapid
Everything To Know About Rihanna’s Staggering Net Worth
By Hugh McIntyre
Lala Kent’s Ex-Fiancé Randall Emmett Is Still In Hot Water Over An LA Times Exposé
By Jake Viswanath
Rihanna’s Collaborators, Ranked By How Likely They Are To Perform At The Super Bowl
By Jake Viswanath
Get Even More From Bustle — Sign Up For The Newsletter
From hair trends to relationship advice, our daily newsletter has everything you need to sound like a person who’s on TikTok, even if you aren’t.