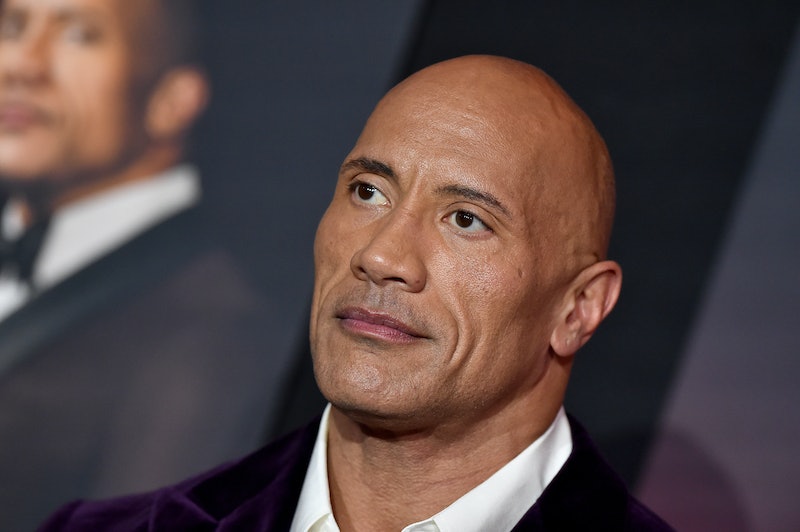 Dwayne “The Rock” Johnson is making a promise in light of the Rust movie set tragedy. While speaking to Variety at the Nov. 3 premiere of Red Notice in Los Angeles, the actor pledged to stop using real firearms on all upcoming projects produced by his company, Seven Bucks Productions. “First of all, I was heartbroken,” Johnson, 49, said of the devastating incident that killed cinematographer Halyna Hutchins and injured director Joel Souza when actor Alec Baldwin fired a prop gun on set. “We lost a life. My heart goes out to her family and everybody on set. I’ve known Alec, too, for a very long time.”

Moving forward, the Jungle Cruise star said that he will only use rubber guns on his sets and will encourage other studios to do the same. “I can’t speak for anyone else, but I can tell you, without an absence of clarity here, that any movie that we have moving forward with Seven Bucks Productions — any movie, any television show, or anything we do or produce — we won’t use real guns at all,” he said, adding that the cost is not as important as the safety of the cast and crew. “We’re going to switch over to rubber guns, and we’re going to take care of it in post. We’re not going to worry about the dollars; we won’t worry about what it costs.”

Johnson said that within hours of hearing about Hutchins’ death, he was brainstorming with his team about changes they could make to prevent such tragedies. “I love the movie business,” he told Variety. “There are safety protocols and measures that we have always taken in the movie business and we take very seriously, and these sets are safe sets, and we’re proud of that. But accidents do happen.” While so much remains unclear about the Oct. 21 shooting, a lawyer for the armorer who oversaw weapons on the set suggested on Nov. 3 that someone deliberately put a live round into the gun to sabotage the set.

"We’re afraid that could have been what happened here, that somebody intended to sabotage this set with a live round intentionally placed in a box of dummies,” attorney Jason Bowles said on Good Morning America, adding that his client, Hannah Gutierrez, pulled ammunition from a box that she thought contained dummy rounds. “We’re not saying anybody had any intent there was going to be a tragedy of homicide, but they wanted to do something to cause a safety incident on set. That’s what we believe happened.”

Although this sort of tragedy is essentially unheard of on movie sets, the incident emphasized the importance of prioritizing safety on potentially dangerous sets. “When something like this happens of this magnitude, [that is] this heartbreaking, I think the most prudent thing and the smartest thing to do is just pause for a second and really re-examine how you’re going to move forward and how we’re going to work together,” Johnson continued. “Any movie we do that Seven Bucks does with any studio, the rule is we’re not going to use real guns. That’s it.”