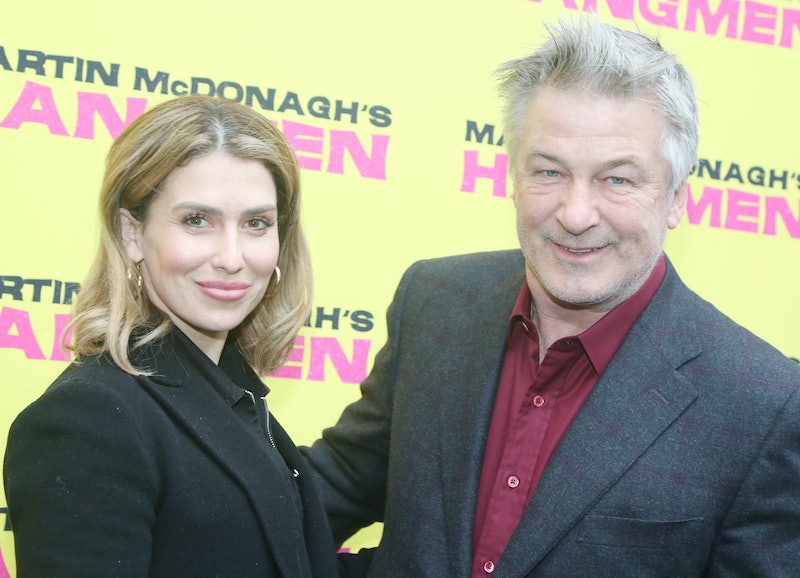 Alec and Hilaria Baldwin are parents together for the seventh time, but it’s still a “dream come true,” as Hilaria posted on Instagram on Sept. 24. The former yoga instructor presented their daughter to the world two days after her Sept. 22 birth, sharing both photos and video of their little one as well as her name. “She’s here! We are so excited to introduce you to our tiny dream come true,” Hilaria wrote, in part.

As the youngest of the “Baldwinito siblings,” the baby perhaps surprisingly doesn’t have a Spanish first name. She is called Ilaria, which is the Italian version of Hilaria. The origins of the influencer’s own name famously made headlines in December 2020, when, in one of the more bizarre controversies in recent memory, Hilaria came under fire for posing as a Spanish woman, despite her upbringing as Hillary Hayward-Thomas of Boston.

Both Ilaria and Hilaria are “happy and healthy,” according to the proud mom. The baby was born at 6 pounds, 13 ounces, and she appears to be delighting her many older brothers and sisters already. “Her Baldwinito siblings are spending the day bonding and welcoming her into our home,” Hilaria added in her Instagram caption.

Ilaria’s big brothers and sisters include Alec’s oldest, Ireland Baldwin, who is 26. The others are Carmen Gabriela, Rafael Thomas, Leonardo Angel Charles, Romeo Alejandro David, Eduardo Pau Lucas, and María Lucía Victoria, who range from 9 years to 19 months old. Prior to Ilaria, Alec and Hilaria welcomed Marilú via surrogate in February 2021, just months after Edu’s birth in September 2020.

Aware that people were surprised and even had questions about why they have such a sizable brood, Alec responded on Instagram in April. “People ask why,” he wrote as a caption to a video of Marilú. “This is why. Being a parent is the ultimate journey.”

That question is hardly new — in fact, it has been coming up for years. In November 2017, Hilaria also answered it, after first clarifying that it’s not “a religious thing” or because she “[wants] all of Alec’s money,” as some people had speculated. “Here is why we like having babies: they are simply so lovely and bring so much joy,” she wrote. “Plus, I️ feel like we need to populate this world with a whole next generation of really good people. My little Baldwinitos are such good souls and I️ hope they continue to grow and make this world a better place.”

Seeing as that was four children ago, they’ve definitely taken that self-assigned mission seriously. However, the couple will reach their stopping point one day, as Hilaria told People in August 2020. When that might happen remains to be seen, but she said they’ll get there “eventually.”