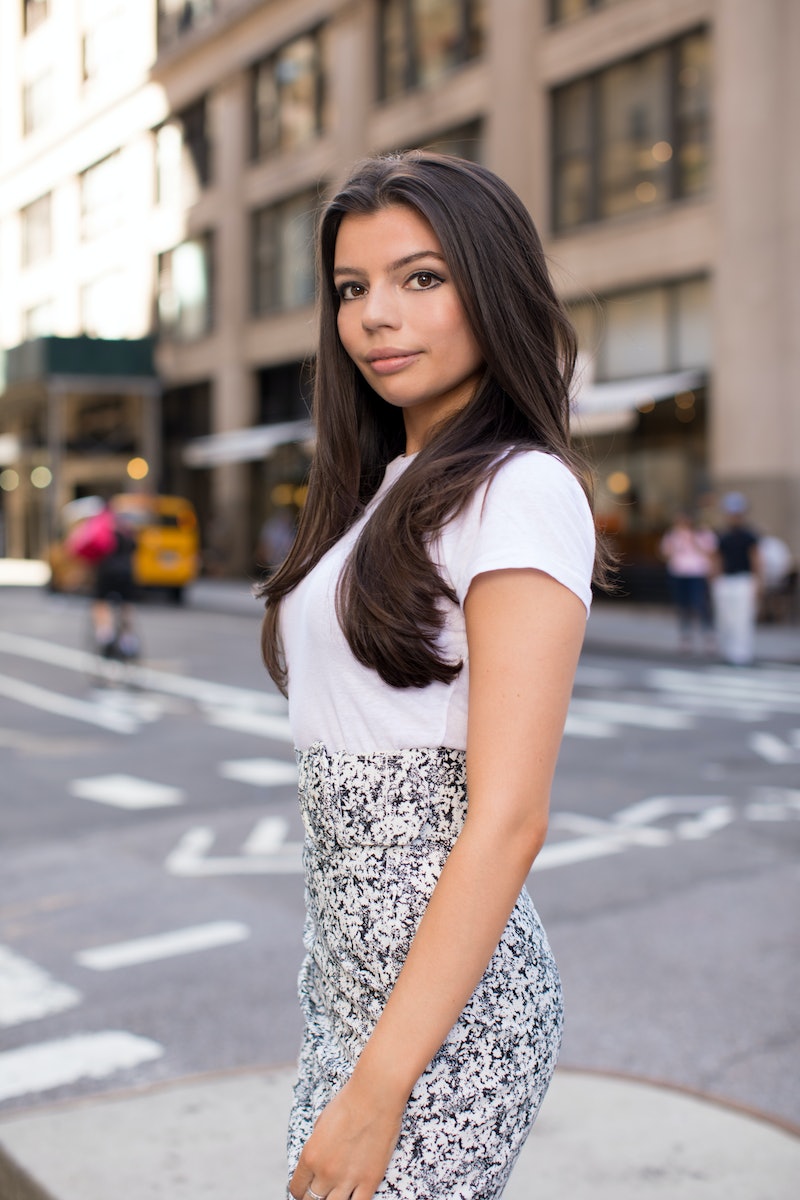 Back in March 2021, Alex Aster (@alex.aster) posted on TikTok asking if other users would be interested in reading her novel, Lightlark. In a short video, she laid out her idea — an imaginative fantasy story involving a cursed queen and a once-in-a-century competition. The video ultimately racked up more than a million views and hundreds of thousands of likes, and its success scored Aster a six-figure book deal with Amulet Books. At the time of her book deal, Aster told Bustle that “she chose to sign with Amulet because they were willing to ‘allow the TikTok community who gave [her] this platform to choose’ Lightlark’s final cover.” That part of the deal finally came to fruition on Feb. 11, 2022, when Aster posted two separate covers designed by Natalie C. Sousa for her TikTok followers to vote on. After thousands of TikTokers cast their votes, the winning Lightlark cover was revealed — in Times Square. Check it out in the photo below.

Lightlark is available for preorder now, and will hit bookstores on Aug. 23 (anxious readers can get a peek at the first chapter by subscribing to Aster’s email newsletter). But the upcoming novel isn’t Aster’s only book — far from it, in fact. The young BookTok star is also the author of the lauded Emblem Island middle-grade novels, Curse of the Night Witch and Curse of the Forgotten City, and, as a part of her six-figure book deal with Amulet, she’s also set to pen a graphic novel.

Aster isn’t the only fantasy author to become a BookTok success story. Back in December 2021, the platform was abuzz about BookToker Melissa Blair’s self-published novel, A Broken Blade. The author cleverly crafted a marketing scheme designed to get BookTok excited: She first published the book anonymously, and asked TikTokers to figure out her identity through a series of clues. Blair was later able to leverage her novel’s viral success into a book deal with publisher Union Square & Co., which will release a new paperback edition of A Broken Blade on Aug. 2. Blair’s story offers further proof that, as many BookTokers suspect, the publishing industry has its eyes on TikTok’s aspiring authors.