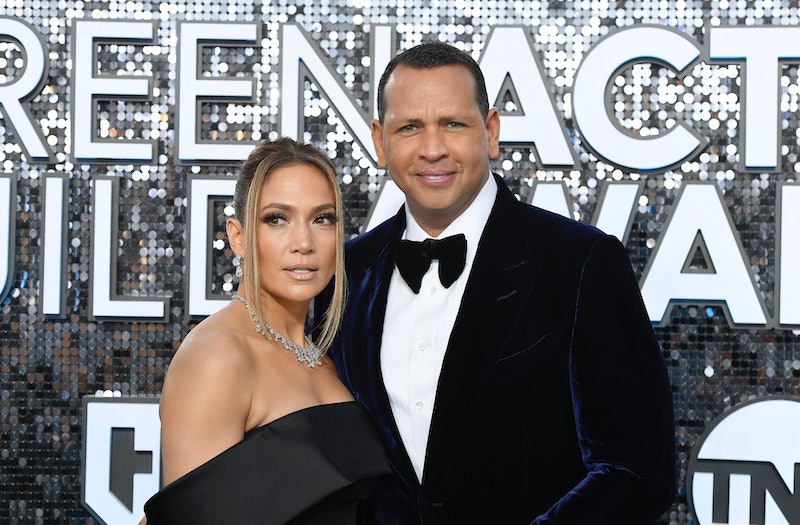 Alex Rodriguez wants the world to know that he’s doing great following his April split from Jennifer Lopez. “I had five years of an incredible life and partnership and also with my daughters, we learned so much,” the baseball star said of his former relationship in an Aug. 17 interview with ET. “And now we have the opportunity to take that and move forward and say, ‘You know what? We’re so grateful for the last five years, how do we make the next five years better because of lessons learned?”

“I’m in a great place,” the former New York Yankees shortstop continued. “I’m so grateful for where God and and and the light has really put me, and I’m really looking forward. Mostly to see how my girls keep developing.” Elsewhere in the interview, the president and chairman of Presidente beer said he wants to help young entrepreneurs realize their dreams. “Hopefully I can open the doors for other people of color, minorities, Latinos, women, it’s the right time for that,” he said. “This is the golden age for entrepreneurship and there’s so much opportunity out there.”

Rodriguez seems to be coping with his breakup far better now than just a few months ago. In May, a source told E! News that the retired MLB player was “shocked” that the Hustlers star already rekindled her romance with Ben Affleck just one month after their split. “He truly thought they would be able to make it work and reconnect,” the insider said. “He has been reaching out to J.Lo trying to meet with her and she has been very short with him.”

According to that same source, A-Rod called Lopez to let her know how “upset” he was over the Bennifer news. However, the “Love Don’t Cost a Thing” singer reportedly wasn’t even considering back together with him. “She’s not interested in rekindling anything with A. Rod and is done,” the insider said, adding that she and Affleck “never really had closure and she has always wondered what could have been.”

J.Lo and A-Rod announced their split in April in a joint statement to Today. “We have realized we are better as friends and look forward to remaining so,” the couple said at the time. “We will continue to work together and support each other on our shared businesses and projects. We wish the best for each other and one another’s children. Out of respect for them, the only other comment we have to say is thank you to everyone who has sent kind words and support.”

Now that roughly four months have passed, it seems the former flames have officially moved on. In July, Lopez said she was “super happy” in an interview with Zane Lowe. “I’m good,” she said. “I love my life right now.” Later that month, she shared a steamy photo with the Justice League actor on social media to celebrate her 52nd birthday. Perhaps most notably, Page Six reported on Aug. 14 that the pop star deleted every trace of A-Rod from her Instagram.

In addition to his latest interview with ET, Rodriguez said in May that he was ready to move on and make room for the next chapter. “I am about to step into a new beginning in my life,” A-Rod wrote on his Instagram Stories. “Anything that doesn’t serve me is clearing out of my life. New energy is emerging. New levels are unlocking for me mentally, physically, and spiritually. I am remaining patient and know that this new phase of my life is coming.”