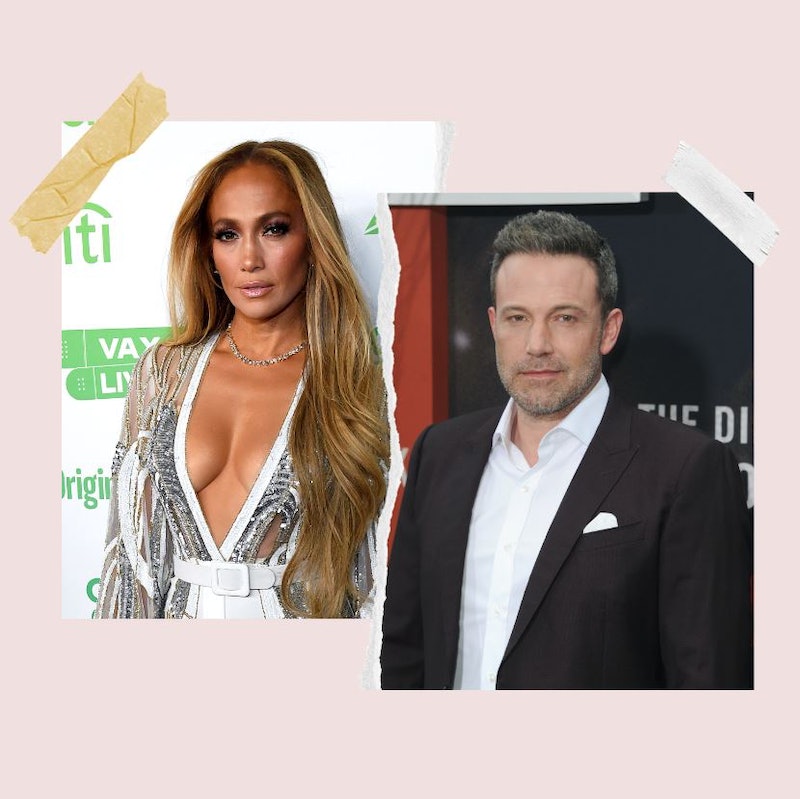 Well, the Bennifer reunion is really not being kept under wraps anymore. Jennifer Lopez included a photo of her kissing Ben Affleck in an Instagram post celebrating her birthday on Saturday, July 24. As she wrote in her caption, “5 2 … what it do …”

J. Lo’s post came with a four-image carousel, all of which feature her in her birthday (swim) suit on what appears to be a yacht. The singer-actor appears solo in the first three, but the fourth shows her and one-time fiancé Affleck sharing a kiss while he embraces her. Though it came last, the PDA snap didn’t go unnoticed by her followers. “I mean, if you’re going to [go] Instagram official do it like @jlo,” one commented.

In general, there were a lot of aspects of the photos to celebrate, so that is, of course, what her followers did. One fan wrote about “needing this hat” in their life, while others admired her general gorgeousness. “We are living for this,” one commented alongside four heart emojis. Meanwhile, hair stylist Chris Appleton wrote, “Danmmmmmmmm … legit made my jaw drop,” adding several heart-eye and applause emojis. Still others made sure to acknowledge her special day by offering birthday wishes.

The post comes just days after Lopez dodged a question about her rekindled romance with Affleck on the July 20 episode of Today. When host Hoda Kotb told the multihyphenate how happy she looks in pictures with the Oscar winner — “happier,” in fact — Lopez stuck to talking about “Love Make the World,” her song with Lin-Manuel Miranda that had reached its five-year anniversary. “The song is out, five years since we’ve done it,” she said. “I believe that that message of loving one another and coming together and love is never more relevant than it is right now.”

Reports that Lopez and Affleck had started spending time together again came in late April, following the end of the singer’s engagement to former pro baseball player Alex Rodriguez. She and A-Rod issued a joint statement on April 15, announcing that they had decided they are “better as friends.” That paved the way for the Bennifer 2.0, which picked up years after their initial relationship that lasted from 2002 to 2004 and fizzled under extreme public scrutiny.

Lopez has been clear about the fact that she is glad she made a change in her life. Her most recent single, “Cambia El Paso” is about making moves. Speaking about it with Us Weekly in early July, she shared a message of “change and not being afraid to take the step.” Her moves have led her back to Affleck, and based on her new batch of photos, that’s exactly where she wants to be.