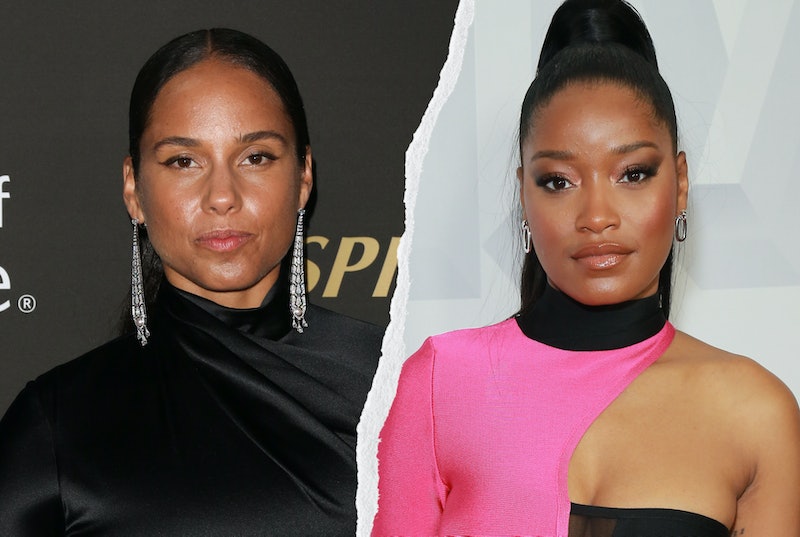 NowThis has recruited Alicia Keys, Keke Palmer, and more stars for a powerful police brutality PSA. An extension of Mic's "23 Ways You Could Be Killed If You Are Black in America" video released in 2016, NowThis' PSA highlights even more ways Black people have been killed by police in the United States. "I can't believe I'm back four years later with 17 more ways you can be killed," Keys said in the new video, published on Monday, Jan. 18. From there, various celebrities recounted the mundane activities the victims were doing before their deaths.

Jordan Edwards ("leaving a party"), Breonna Taylor ("sleeping in your bed"), Jeremy McDole ("sitting in a wheelchair"), Elijah McClain ("walking down the street"), and Ahmaud Arbery ("jogging") are among the names highlighted by artists like Mary J. Blige, Khalid, Offset, and Summer Walker. Citing the disproportionate amount of Black and brown people killed by officers in the last year, the video was created to garner support for congresswoman Barbara Lee's call to establish a United States Commission on Truth, Racial Healing, and Transformation.

Lee announced legislation that called for the establishment of the commission in the wake of George Floyd's murder last June; it would examine the impact of slavery, institutionalized racism, and discrimination against Black people and people of color and how that history has guided today's laws and policies.

"The murder of George Floyd and the current COVID-19 crisis illustrate once again the painful and dangerous legacy that white supremacy has had in our country, and the desperate need to fully acknowledge and understand how our history of inequality continues today," Lee said in a statement at the time. "This inequality is at the heart of every crisis we're dealing with right now — the crises of police brutality and mass incarceration, the COVID-19 public health crisis which is disproportionately affecting communities of color, and the crisis of poverty excluding so many minority families from the American Dream."

Lee went on to explain that Americans must confront and understand our nation's dark past in order to move forward as a country. And now, supporters are calling on President-elect Joe Biden and Vice President-elect Kamala Harris to form the commission within the first 100 days of taking office. NowThis' celebrity PSA ends with a call to support the movement, called the #BreatheWithMeRevolution, as well as the establishment of the commission. Visit BreatheWithMeRevolution.org to learn more.