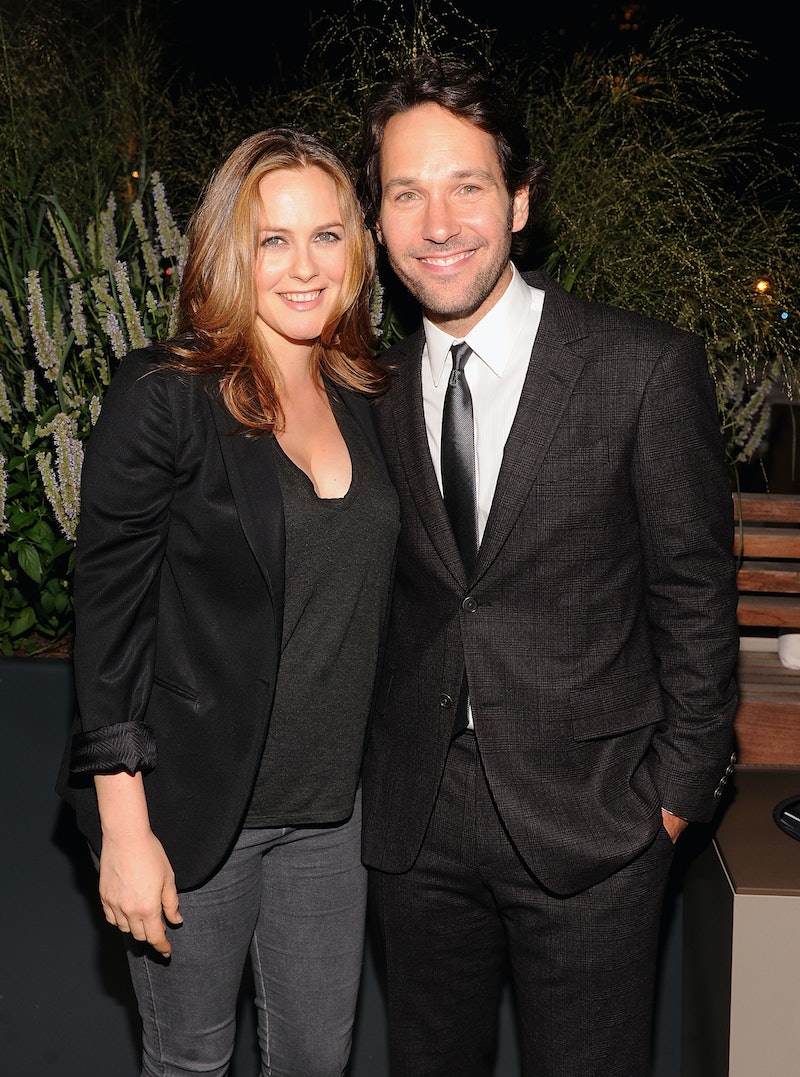 Like many others, Alicia Silverstone was totally buggin’ when People named fellow Clueless alum Paul Rudd as 2021’s Sexiest Man Alive. Her character in the classic ’90s teen film wouldn’t be surprised to see ex-stepbrother-turned-boyfriend Josh receive the honor, however. “I mean… Cher’s been saying he is a kind of a Baldwin since 1995,” Silverstone captioned a celebratory TikTok referencing one of her famous lines from the movie.

Silverstone’s Friday, Nov. 12 TikTok video included a new spin on the Clueless scene in which Cher had the epiphany that she was — gasp — “majorly, totally, butt-crazy in love with Josh.” Although the 1995 version was set to Jewel’s “All by Myself” cover, the actor set the 2021 version — in which “Cher finds out People’s Sexiest Man Alive of 2021” to Drake’s “Know Yourself.” In less than 24 hours, Silverstone’s post had already racked up about 2 million TikTok views, with a little under a million more users watching her video on Instagram.

She wasn’t Rudd’s only thrilled former ’90s co-star to congratulate the eternally youthful 52-year-old actor on taking the torch from reigning 2020 Sexiest Man Alive Michael B. Jordan. As People noted, Jennifer Aniston — who’s appeared alongside Rudd in 1998’s The Object of My Affection as well as Friends and 2012’s Wanderlust — shared a video of his SMA shoot to her Instagram stories. “This makes me so happy. We’ve ALWAYS known this, but Paul Rudd is officially @people's Sexiest Man Alive!” she captioned the video. In a separate post, she also shared a still from The Object of My Affection, writing, “You don’t age, which is weird. But we still love you.”

Before Silverstone or Aniston weighed in, however, the The Shrink Next Door actor predicted his friends would give him some good-natured ribbing — though he noted it wouldn’t stop him from basking in the glory nevertheless. “I mean I’m going to lean into it hard,” he joked to People. “I’m going to own this. I’m not going to try to be like, ‘Oh, I’m so modest.’ I’m getting business cards made. But all of my friends will destroy me and I expect them to. And that’s why they’re my friends.”

Luckily, his loved ones’ reactions seem largely supportive so far. Despite quipping that wife of 18 years Julie Yaeger was “stupefied” by his SMA selection, he admitted that she was “very sweet” about the honor. “After some giggling and shock, she said ‘Oh, they got it right,’” Rudd recalled. “And that was very sweet. She was probably not telling the truth, but what’s she going to say?”

In reality, however, Rudd’s wife is likely in agreement with his former co-stars that the honor was decades in the making.