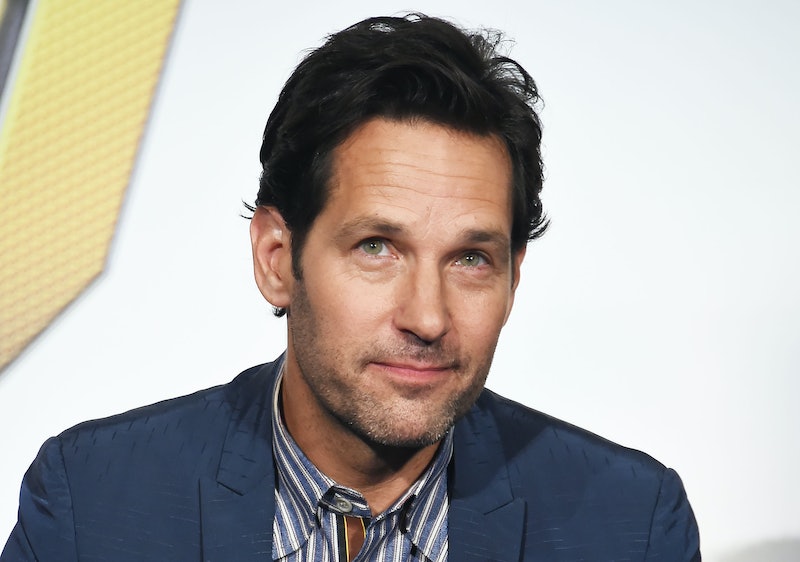 Paul Rudd has officially been named People’s Sexiest Man Alive, and the Ant-Man star is taking his new title very seriously. The magazine unveiled the cover of the highly anticipated issue on Tuesday, Nov. 9, and although the This Is 40 actor knows that many other stars are deserving of the honor, he plans to check modesty at the door and really “lean into it hard.”

“I do have an awareness, enough to know that when people hear that I’d be picked for this, they would say, ‘What?’” the 52-year-old actor told the publication. “This is not false humility. There are so many people that should get this before me.” Last year, the honor was given to Michael B. Jordan. Prior to that, John Legend, Idris Elba, Dwayne Johnson, and David Beckham were among the many stars given the highly coveted title.

“I mean I’m going to lean into it hard,” Rudd continued. “I’m going to own this. I’m not going to try to be like, ‘Oh, I’m so modest.’ I’m getting business cards made. But all of my friends will destroy me and I expect them to. And that’s why they’re my friends.” But while the actor’s real-life friends rip into him because of his new title, strangers on the internet are offering their full support.

“I have no objection to Paul Rudd being named sexiest man alive,” Twitter user @msolurin wrote. “That wholesome gem been fine for decades, let him get his flowers.” Another fan tweeted that they love seeing the internet come together to “emphatically support Paul Rudd.” “No slander. Just love,” they added. “Like he deserves.”

Rudd’s fans aren’t the only ones who think he’s deserving of the title; his wife thinks he’s sexy, too. “She was stupefied,” the actor told the magazine when asked how his wife of 18 years, Julie Yaeger, reacted to the news. “But you know she was very sweet about it. After some giggling and shock, she said ‘Oh, they got it right.’ And that was very sweet. She was probably not telling the truth, but what’s she going to say?”

Overall, People’s decision to name Rudd 2021’s Sexiest Man Alive makes a lot of sense. In addition to being easy on the eyes, he also has a ton of projects in the works. This month alone, he’s joining forces with Will Ferrell for the new Apple TV+ series The Shrink Next Door and will star in Ghostbusters: Afterlife after the film was delayed four times due to the COVID-19 pandemic.

Even with such a busy work schedule, Rudd is hoping his new title will score him more invites to A-list events. “I’m hoping now that I’ll finally be invited to some of those sexy dinners with Clooney and Pitt and B Jordan,” he joked. “And I figure I’ll be on a lot more yachts. I’m excited to expand my yachting life. And I’ll probably try to get better at brooding in really soft light. I like to ponder. I think this is going to help me become more inward and mysterious. And I’m looking forward to that.”