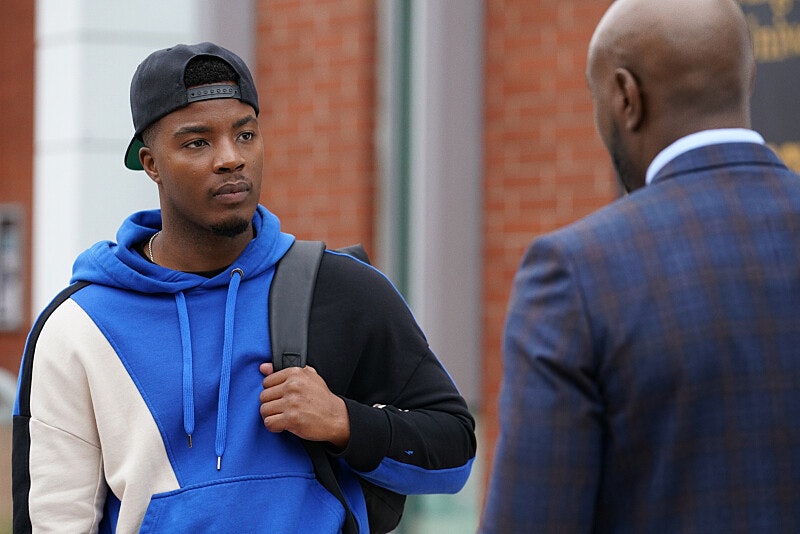 After The CW airs the All American fall finale on Nov. 28, fans may want to catch up on the first half of Season 5 with a streaming marathon — or invite their friends and family to watch the critically acclaimed football drama for themselves. To that end, when will All American Season 5 stream on Netflix?

First, it’s worth taking a look back at the series’ long-running relationship with the streamer. (In short, it’s been a good one!) All American has been described as a recipient of the Netflix bump, the phenomenon in which shows achieve new levels of viewership after debuting on the platform. In a 2019 interview with Deadline, showrunner Nkechi Okoro Carroll and producer Robbie Rogers said the streamer gave their show “a second life.”

“A whole new audience has discovered us and has been reaching out to both of us and our actors,” they continued. “The response/feedback has been overwhelming and humbling.” The pair added that while Netflix doesn’t release specific numbers, All American began trending on the platform as soon as Season 1 was added in early 2019 — and the show, which was not initially renewed by The CW, was subsequently greenlit for another installment.

Season 2 was even more successful on Netflix when it arrived during the beginning of 2020’s lockdowns. “Unfortunately, we ended up in a situation where a lot of people were being forced to stay at home, and the silver lining that came out of that was here was a show that we pride on being aspirational,” Okoro Carroll told BuzzFeed.

Netflix has played a large part in the success story that is All American — which borrows inspiration from real-life football player Spencer Paysinger. So, naturally, fans are curious about when All American Season 5 will make its way onto Netflix. The football drama operates under Netflix’s 2016 agreement with The CW, in which full seasons are added to the streamer eight days after their season finale airs on TV. Though that deal ended in 2019, it still seems to apply to All American. The past several seasons have, indeed, dropped on Netflix eight days after their season finales.

But that’s the keyword — season finale. All American’s Nov. 28 episode is only its midseason (or fall) finale, so you’ll have to wait until the rest of the season ends for the whole show to be on Netflix, which will likely be in spring 2023. Fortunately, if you haven’t watched All American yet and want to catch up on the series before then, the first four seasons are available to stream on Netflix right now.

More like this
Netflix Shut Down 'Bridgerton' S3 Rumours About A “Very Dark” Storyline
By Bustle
Everything To Know About 'Cobra Kai' Season 6
By Brad Witter
'The Crown' Season 6 Has Suspended Filming "Out Of Respect" For The Queen's Death
By Bustle Staff
Ozzie’s Coming Out Scene With Kitty On 'That ’90s Show' Has Twitter Sobbing
By Brad Witter
Get Even More From Bustle — Sign Up For The Newsletter
From hair trends to relationship advice, our daily newsletter has everything you need to sound like a person who’s on TikTok, even if you aren’t.