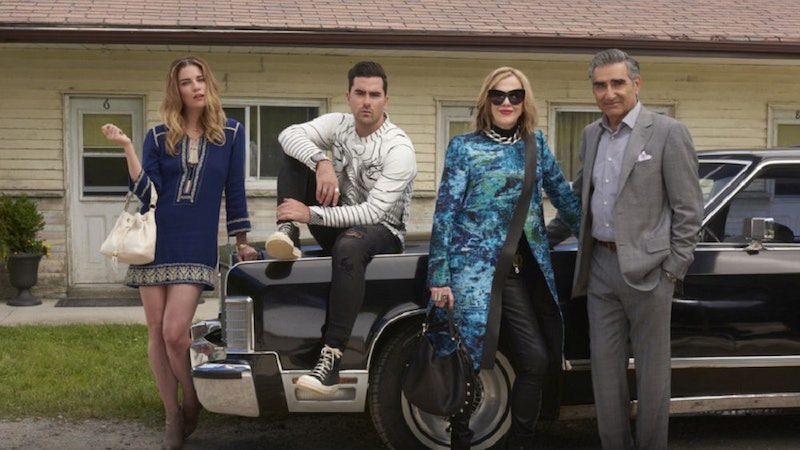 In an alternate Netflix-less reality, Penn Badgley’s Joe Goldberg almost didn’t get a murderous killing spree in You, Lucifer would’ve ended mid-cliffhanger by Season 3, Schitt’s Creek may have never made its way to America, and the #TeamJess, #TeamDean, #TeamLogan debate would’ve died with the old Gilmore Girls guard if Netflix hadn’t stepped in. No, really.

It’s a tale as old as streaming time. A show either gets canceled, does poorly on its original broadcast network, or simply flies under the radar even if it’s incredible (looking at you, Breaking Bad). Fortunately, Netflix is hailed as having a Midas touch. When it swoops in and streams a show, it can result in what’s now known as “The Netflix Bump,” a steep rise in a show’s ratings and prominence after it hits the streaming platform. Even older shows that previously did well in their original run find newer, often younger audiences through the platform, cementing a show’s cultural impact through the decades.

Success on Netflix has led to all sorts of wins —​​ renewed seasons, award show nominations, international acclaim, movie sequels, spinoffs, and a show’s rightful place in the zeitgeist. Spanning different genres, countries of origin, and resuscitation stories, here’s a list of 16 shows that got a second life on Netflix.

More like this
The First Trailer For 'That '90s Show' Includes So Many Nods To The Original Series
By Jack Irvin, Alyssa Lapid and Grace Wehniainen
Courteney Cox Recreated An Iconic 'Friends' Scene To Surprise Fans
By El Hunt
What Jen Shah's Delayed Sentencing Could Mean For The 'RHOSLC' Season 3 Reunion
By Brad Witter and Jake Viswanath
'Bridgerton' S3 Teases Exciting Social Season For Penelope Featherington
By Bustle
Get Even More From Bustle — Sign Up For The Newsletter