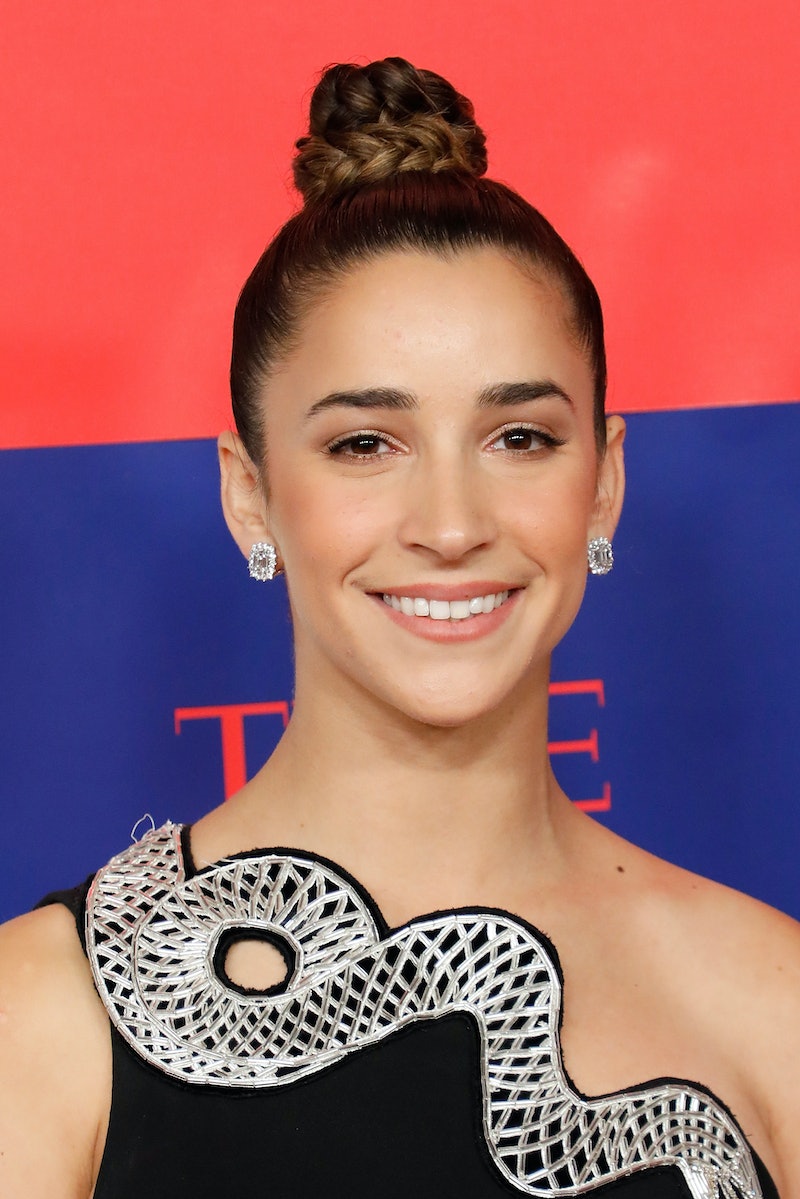 At last, Aly Raisman and her dog Mylo have been reunited. The two-time Olympic gymnast spent nearly a week scouring the Boston area for her beloved pet, who ran off during a walk on Saturday, July 3 after getting spooked by some early Fourth of July fireworks. Though Raisman was “sick” with worry and “heartbroken” at times, their story had a happy ending when he was found safe and returned to her on Friday, June 9.

Raisman had called on her social media followers in the area for help, asking them to keep an eye out. “To my followers in the seaport/Boston area…my dog Mylo was terrified of fireworks and ran off,” she wrote in part on July 3. “He has a tag on and a leash. Please let me know if you see him. Thank you.” She also explained that she’d been in contact with the organization Missing Dogs Massachusetts and they’d advised people not to “actively search” for him by running around and calling his name as being “pressured” could lead him to make a bad decision.

As the search continued, the six-time Olympic medalist and advocate offered a reward and provided additional updates. While fans were quick to offer their support and many started to message or call Raisman about possible sightings, there were also others who were less helpful. At one point, the athlete urged people in a tweet to “stop calling unless you see Mylo” and clarified that the number she’d put out there was not her personal contact info.

Finally, however, the efforts paid off. Raisman posted two photos on July 9 showing herself with Mylo and the two women who’d returned him to her. “HEREOS,” she wrote. “I HAVE HIM. MYLO IS SAFE. … THANK YOU Carla, Gayle & her sweet dog.” She added that she’d share more later but first had plans to cuddle up with her “everything.”

Missing Dogs Mass also shared the good news, filling in some of the details about how Mylo made it home. “We are so happy that Mylo is safe!” the organization tweeted in part. “The rain stopped, the sun came out, a sighting came in, and then he was secured by Carla and Gayle!”

Raisman’s search for Mylo had been widely followed, so naturally it was met with relief and happiness on social media. After the gymnast posted about their reunion, model Gigi Hadid summed it up, commenting, “THE WORLD REJOICES.” Meanwhile, This Is Us star Mandy Moore wrote, “Amazing news!!!!!” and Grown-ish’s Yara Shahidi added, “Yesssssssss.” Many fellow Olympians also celebrated Mylo’s safe return in the comments, including gymnasts Laurie Hernandez, Jordyn Wieber, and Carly Patterson, figure skater Ashley Wagner, and tennis player Sloane Stephens.

Mylo, a rescue born in July 2020, has been a fixture in Raisman’s life and her Instagram since late October. She adopted him on Oct. 30 and introduced him to her followers in a post the next day, writing that she was “so excited to be his mom.” Despite a mostly sleepless first night, she described him as “sweet [and] loving.” Later, on Jan. 26, she posted an adorable clip of him and showed in her caption just how much he meant to her: “The best part of my days,” she wrote.

Given the scary days they’ve been through lately, Raisman and Mylo definitely deserve some quality snuggling time.

More like this
The 2023 Super Bowl Commercials Feature A 'Breaking Bad' Reunion & Missy Elliott
By Alyssa Lapid
Twitter Is Shook As Tom Brady Holds Back Tears Announcing His 2nd Retirement
By Marina Watts
David Beckham’s Controversial Qatar Deal Skyrocketed His Net Worth
By Catharina Cheung
Jameela Jamil Defends Sam Smith After Trolls Body-Shamed Them
By Jake Viswanath
Get Even More From Bustle — Sign Up For The Newsletter
From hair trends to relationship advice, our daily newsletter has everything you need to sound like a person who’s on TikTok, even if you aren’t.