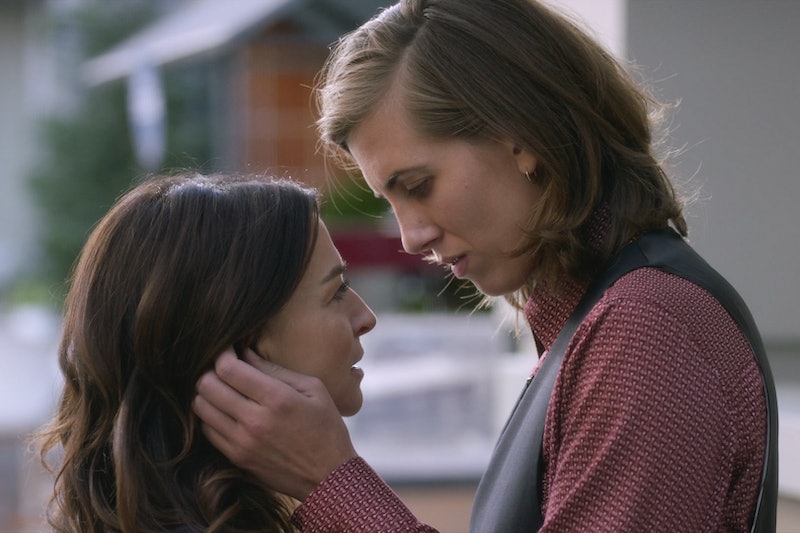 Spoilers ahead for Grey’s Anatomy Season 18, Episode 18. Amelia and Kai began Grey’s Anatomy’s penultimate Season 18 episode happily in bed, but within the hour, Kaimelia shippers’ worst nightmares seemed to be coming true. Accompanying Amelia to Nick’s vetting, er, welcome dinner, Kai found themself in a series of awkward encounters that led the couple to a backyard conversation about their future. Though the words split or breakup weren’t used, it seemed to be the end of the road for Kamelia, and, no, Grey’s fans on Twitter were not OK.

For starters, the shocking development came after fans had been lulled into a false sense of security with them hooking up — twice, as Amelia later revealed to Maggie — in an early scene that had fans screaming. Then, Amelia proudly introduced Kai to her family and friends, including exes Owen and Link, who each had their own very different interactions. And, as is usually the case at Meredith’s home, there were plenty of children running around. Among them, though not yet at the running stage, was Amelia and Link’s son Scout, who was being extra fussy.

It quickly became evident that Kai lacked that parental instinct, though they enjoy their nephews and nieces. After Owen asked if they want kids, they stammered before saying no, explaining, “My career is my baby.” He looked momentarily perplexed, but told his fellow train enthusiast that they sounded exactly like Amelia did before she had Scout. The look on Kai’s face showed brewing internal conflict.

Once things calmed down, Amelia and Kai reunited on the backyard swingset to debrief on the evening. After Amelia promised that Scout “isn’t always this fussy,” Kai replied, “He became real to me tonight because I got to see what an amazing parent you are to him. And to Meredith’s kids. You’re so much more than just an aunt.”

Then, Kai dropped the bomb: “I don’t want kids, though. I have things I want to do with my life, professionally and personally. If I had kids, all of that would have to come second. I don’t want to do that. ... I am not going to change my mind, Amelia. Ever.”

Amelia, for her part, took the words right out of fans’ mouths when she responded, “What does that mean? I thought this was going really well.” But Kai said that they didn’t want to lead her on because they were “once led on by someone,” and it didn’t turn out well. The scene lingered for a moment, but the next time viewers saw Amelia, she was sitting alone on the swing, looking heartbroken. She wasn’t the only one in agony, as viewers began tweeting about their own shattered hearts.

Still, some fans refused to believe that this is the end of Kaimelia, while others predicted (or demanded) a potential finale reconciliation. Whether or not that’s the outcome, there’s only one more episode for a happy resolution until the long wait until fall begins.

Though Grey’s was renewed for Season 19 in January, E.R. Fightmaster, who plays Kai, told a Washington, D.C. CBS affiliate in March that conversations with ABC about their character’s return had “not been had yet” and that they were “waiting by the phone” to find out. Now, Grey’s viewers are equally eager for answers about Kaimelia’s future, though, for now, things aren’t looking good. After the May 19 episode aired, Fightmaster tweeted this message to fans, though: “Y’all need to drink some water and go to bed.”