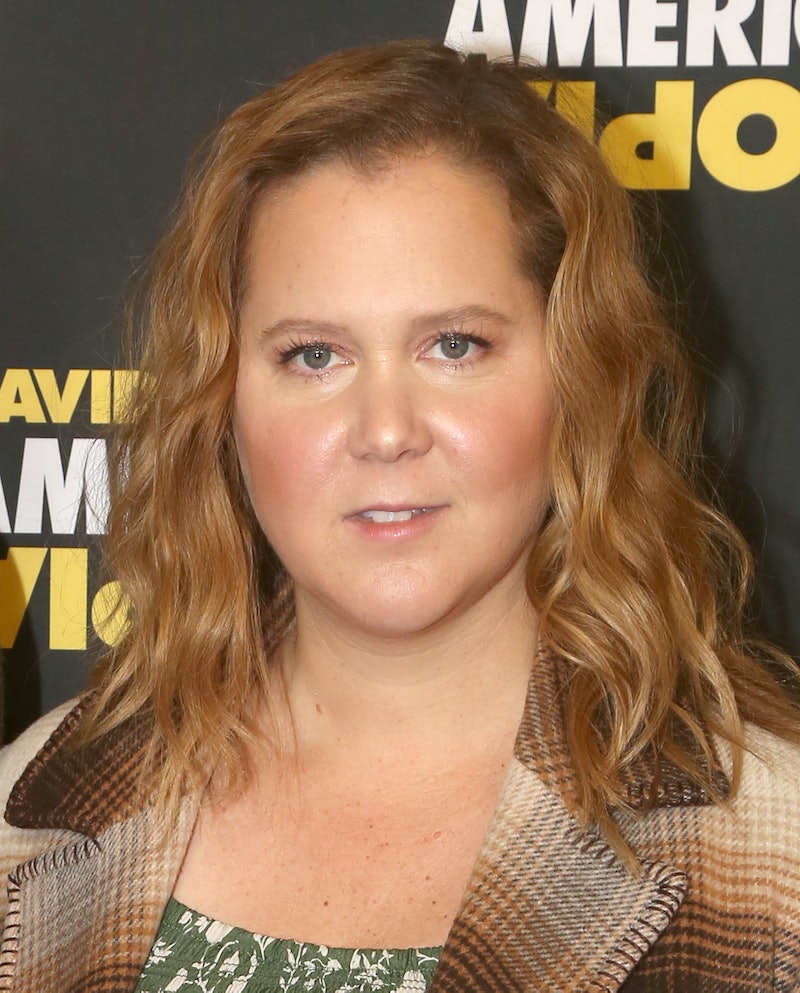 The days of celebrities feeling like they need to hide any cosmetic procedures they’ve had from the public are falling by the wayside. Examples of celebrities freely admitting that they get help to look the way they want are increasingly common, from Kylie Jenner’s candor about lip fillers to Gwyneth Paltrow’s open appreciation for microneedling. The latest proof is Amy Schumer divulging that she got fillers — though it didn’t work out at all how she expected.

The comedian shared her experience with the injections on Instagram on Sunday, Dec. 26, posting a photo of her at a medical center with some kind of cream on the apples of her cheeks. “I tried getting fillers,” she wrote. “Turns out I was already full. Thank God you can dissolve them I looked like #malificent thanks @drjlodnp.”

Looking like a Disney villain clearly wasn’t what she was going for, so thankfully she was able to get it taken care of. She turned to Dr. Jodi LoGerfo of Orentreich Medical Group, who reposted Schumer’s Instagram with a longer explanation of the situation. Apparently, the comedian had gotten her fillers “elsewhere” and the placement wasn’t right for her.

“Using dermal filler can be a wonderful way to replace lost volume and enhance the face, but filler placement is extremely important!” LoGerfo wrote in part. “@amyschumer came to me after having filler elsewhere and we decided that where the filler was placed, was not ideal, so we dissolved it!”

So far, Schumer hasn’t shared an “after” photo that shows how it all worked out, but her doctor described the reversal as a “very simple and quick treatment.” In the meantime, plenty of the Humans star’s followers were quick to reassure her that she doesn’t need any enhancements. Fellow comedian Isla Fisher commented, “You are so beautiful! No fillers needed.” Others were quick to empathize about the challenges of aging. “I can’t imagine the pressure you must face being a successful actor and comedian to alter your appearance when your average everyday woman feels a ton as it is!” one wrote.

Meanwhile, there were still others who described their own experiences with cosmetic procedures gone wrong. Actor Darlene Demorizi asked for updates after Schumer’s fillers are fully dissolved. “I tried the filler sh*t and it looks like my face has abs ! Thinking of dissolving too!” the De Lo Mio star wrote. A more perhaps more comforting comment, however, came from former Bachelor contestant Ashley Iaconetti, who has firsthand experience with getting through the predicament: “Hahaha love this and have dissolved multiple times!”

Fortunately for Schumer, disappointing filler results weren’t all the holiday season had to offer her. She’s posted photos of some of the highlights on her Instagram as well, including a grocery shopping trip with her mother (although that was a “mayday” event for her) and a family ski trip to Windham Mountain.