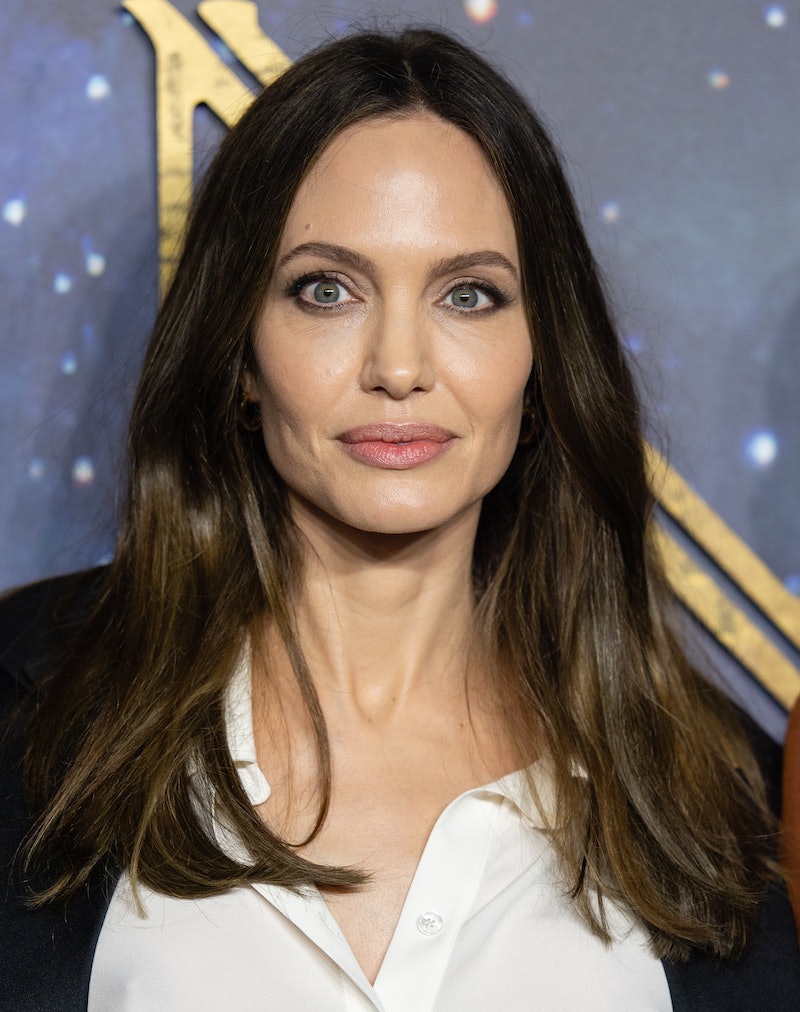 Like her Eternals character, Thena, Angelina Jolie fiercely defends what she believes is right. After sources suggested to The Hollywood Reporter that Saudi Arabia, Qatar, and Kuwait banned Marvel’s Eternals over the inclusion of a same-sex couple, Jolie told reporters on Friday, Nov. 5 that she felt “sad” for audiences in those Gulf nations where homosexuality is illegal. (Disney reportedly chose not to make the several edits that local censors requested.) The Oscar winner also said she remained “proud of Marvel for refusing to cut” scenes showing superhero Phastos (played by Brian Tyree Henry) kissing his onscreen husband, Ben (Haaz Sleiman) — the first LGBTQ+ lip-lock in MCU history.

“I still don’t understand how we live in a world today where there’s still [people who] would not see the family Phastos has and the beauty of that relationship and that love,” Jolie added of the characters, who also share a son named Jack, per Australia’s News.com.au. “How anybody is angry about it, threatened by it, doesn’t approve or appreciate it is ignorant.”

Sleiman had similar sentiments toward the countries in question, recently telling Variety that he was moved to tears upon learning of Disney’s response to the censorship attempt. “I have no respect for those governments,” he said on Nov. 5, after describing the response as making them look “so ignorant and pathetic.” He added, “They have displayed to the world that they are not only a disgrace to humanity, but to God. Hopefully this will inspire the Saudi people, the Kuwaiti people and the people in Qatar to fight back.”

In a February 2020 interview with Logo’s NewNowNext, Sleiman described the onscreen kiss as “beautiful, very moving,” admitting that “everyone cried on set” when he and Henry filmed the scene. “For me it’s very important to show how loving and beautiful a queer family can be,” he explained. “Brian Tyree Henry is such a tremendous actor and brought so much beauty into this part, and at one point I saw a child in his eyes, and I think it’s important for the world to be reminded that we in the queer community were all children at one point. We forget that because we’re always depicted as sexual or rebellious. We forget to connect on that human part.”

While censorship attempts from these particular Gulf nations were reportedly not unexpected, the film is still scheduled for a Nov. 11 release in the United Arab Emirates. Prior to the movie’s ban, Oscar-winning director Chloé Zhao had expressed her desire to leave LGBTQ+ themes intact. “I don’t know all the details, but I do believe discussions were had and there’s a big desire from Marvel and myself — we talked about this — to not change the cut of the movie. Fingers crossed,” she told IndieWire in October. The Nomadland director also described the MCU’s first openly gay superhero as someone who rediscovers that humanity is worth fighting for through the love of his husband and son.

GLAAD president and CEO Sarah Kate Ellis praised the studio for “changing the game for what it means to be a superhero on screen in ways that audiences around the world will applaud,” in a Nov. 5 statement, pointing to a trend of few LGBTQ characters in major studio releases, a majority of which receive less than three minutes of screen time. “But the characters of Phastos, his husband and their son play critical roles in Eternals that will set a new standard for LGBTQ inclusion across the genre,” she added.