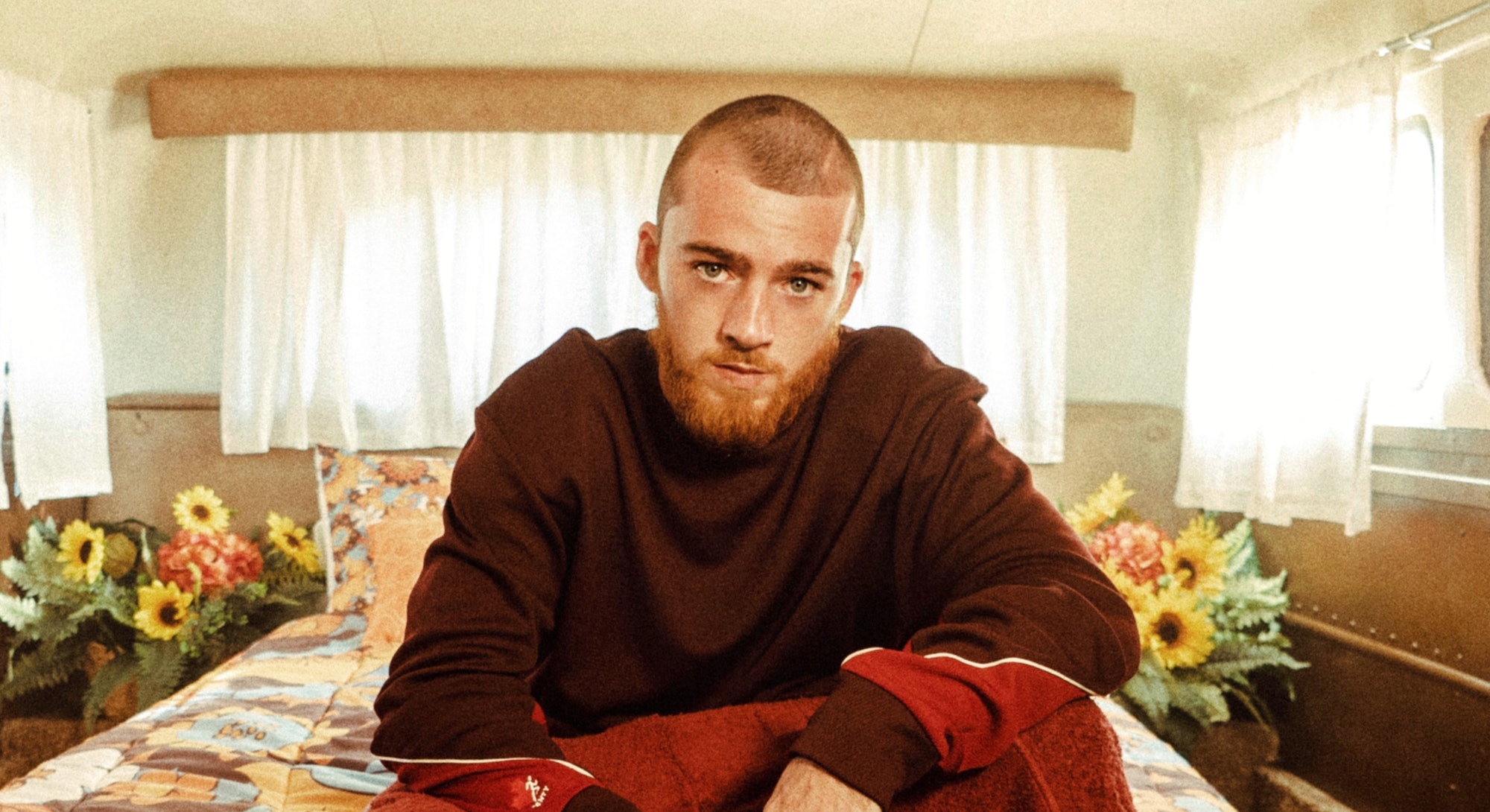 Angus Cloud rolls up to the Zoom wearing his favorite balaclava. It’s an overcast Sunday morning in Oklahoma City, where he’s shooting a movie, and the black garment keeping the outer ring of his face warm underneath his mint green hoodie is his look of choice. Though the top of his head remains hidden under his hood as we chat, I know from watching another one of his on-camera interviews also featuring said balaclava that it boasts a pair of panda-like ears. Like Fezco, the sensitive drug dealer he plays on HBO’s Euphoria, Angus Cloud contains multitudes.

There are only a few subjects over the course of our conversation that inspire Cloud to lean heavier on words than straight vibes: The 2002 animated film, Treasure Planet (his “dream role”); memories of his high school’s production of Rent (“I just remember the song [that’s like], ‘I can't pay my rent’”). When the subject turns to the budding relationship between Fezco and Maude Apatow’s Lexi on Euphoria, a slight smile spreads across his face. “I remember there was a moment where [creator Sam Levinson] spoke to both of us and was like, ‘Yeah, it might be a little thing with Lexi and Fezco,’” the 23-year-old tells me. “We were like, ‘All right, let's get it.’ We were already friends and shit, so we were just like, “It’s lit.”

Apatow agrees. “We had chemistry as friends right away in real life, which I bet is part of the reason Sam thought we would connect on screen.”

Cloud and Apatow’s characters often lingered in the margins of the first season of the highly stylized ensemble show, which follows addict Rue (Zendaya) and the messy-as-hell Gen-Z high schoolers in her orbit. But Euphoria's Season 2 premiere put Fez and Lexi front and center, where they spent a delightfully PG scene making awkward conversation on a couch at a crowded New Year’s Eve party. While the two don’t so much as graze hands — good-girl Lexi instead gives Fez a history lesson on Germanic Pagans — Cloud and Apatow’s endearing odd-couple chemistry provided a much-needed dose of tenderness amid the show’s often painfully dark milieu. (Lest Levinson let us forget that Euphoria is an edgy series, their exchange is followed by Fez beating Jacob Elordi’s Nate to a bloody pulp.) Fans immediately started rooting for the potential couple, making Fexi the subject of impassioned essays and tweets like, “Fez and Lexi? The least problematic people on the show? It’s pleasing me!”

Ask Cloud why the pairing of the straight-A theater geek with the sensitive drug dealer makes sense, and he has a simple answer. “She’s pretty, she’s smart, she’s kind,” he says in his unbothered droll. “I don't think he got a ‘type.’ He got a type for pretty, nice, and smart.” The budding relationship has allowed Cloud to showcase Fez’s gentler side, juxtaposing his character’s willingness to kill a man in a drug deal gone wrong with his nervousness in asking his crush for her number. Apatow says Cloud’s real-life persona is more inclined to do the latter. “What might be surprising about Angus is that, on the show, he can have kind of a hard exterior, but he’s actually the sweetest guy. So kind. So thoughtful,” she says.

What makes you soft? What's your version of Fezco's soft side?

I don't know. I just be chilling.

Cloud was just chilling with friends on the streets of Manhattan when he was approached to audition for Euphoria; he told the Wall Street Journal he thought it was “some type of scam.” Though he studied technical theater at Oakland School for the Arts, a Northern California charter school also attended by Zendaya, acting was never his focus. “I ended up getting into the program to do stagehand stuff. They would have shows and whatnot and we would set up the lights,” he says, suddenly growing wistful. Landing a role on a buzzy HBO series was never part of the plan.

Four years after being plucked from obscurity to make his onscreen debut, Cloud is all in on acting. He’s currently filming The Line, the story of a fearless college student, and will be seen next in Your Lucky Day, about a hostage situation that breaks out over a $156 million lottery ticket. And with the fanfare over Fexi, he’s not ruling out a future in rom-coms.

Do you have a favorite rom-com?

No, I don't. I don't really know any rom-coms off of the top of my head. Shrek?

There is a love story in Shrek. He loves Princess Fiona, right?

I think it counts if you want it to.

Whether or not Cloud is trolling me is a question I ask myself repeatedly throughout our time together. When I mention his surprisingly earnest live tweets of new Euphoria episodes (“This one goes out to the theater kids #Rent,” reads one) and his penchant for reposting fan art, he grows dismissive. “I don't use Twitter… It's probably a fan page or something,” he says. His management later clarifies, “Angus runs his verified account and does not have a fan page. Angus also runs all his verified socials himself and does not have a social media manager.”