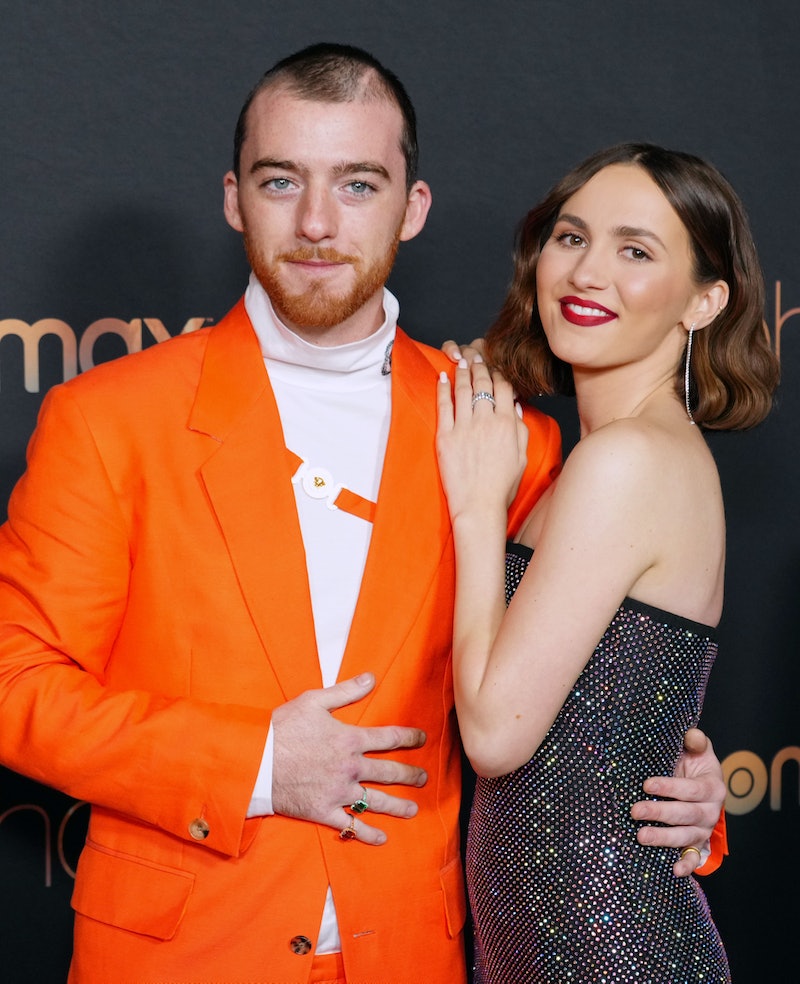 Angus Cloud’s relationship status has become a hot topic of discussion amongst Euphoria viewers, as his drug-dealing character Fezco’s charming side is blossoming in Season 2. In a nearly unbelievable story, the actor was discovered in 2018 by an HBO casting agent while walking the streets of New York City, where he lived and worked at a chicken-and-waffles restaurant. He’d studied theater at California’s Oakland School for the Arts but at the time was planning to move to Ireland, where many of his family members reside, with no plans to pursue acting professionally. But after reading the role of Fezco for director Augustine Frizzel, per GQ, he was cast by creator Sam Levinson as the lovable criminal in Euphoria, and the rest is history.

Fezco’s Season 1 storyline focused on his friendship with Rue (Zendaya), whom he cares deeply about — despite selling her potentially fatal drugs. While some viewers saw their bond as a potential romance, their relationship has proven strictly platonic. In fact, Cloud’s character was originally meant to die at the end of Season 1, according to a recent GQ interview. “I think that they liked what I did and so they decided to keep me alive and let me rock,” he told the publication. “I don't know how I was going out, but hopefully I would've gone out like a G.”

In lieu of his character’s proposed passing, viewers have gotten to know Fezco better than ever in Season 2, as its premiere episode gave insight into his backstory and how his grandmother’s death led to his drug-dealing profession. Fans also saw Fezco take up an unexpected romantic interest in Lexi (Maude Apatow) at a New Year’s party, leaving some of them to wonder if Cloud and Apatow are dating in real life.

“Neither of them have really actually had a serious crush, because Lexi is busy with school and Fezco is running a business,” Cloud recently told Bustle of the characters’ budding romance. “When they find each other, something just clicks, and they learn a lot from each other because they’re from different worlds.”

Despite their undeniable onscreen chemistry, Cloud and Apatow aren’t actually dating, as far as we can tell. Many have speculated Apatow’s in a relationship with fellow Euphoria star Lukas Gage, since they’ve appeared all over each other’s Instagram pages.

As for Cloud, the actor doesn’t seem to be publicly dating anyone. However, his social media pages feature few glimpses into his personal life. Cloud’s Instagram account mainly features images professionally shot for magazines and fashion campaigns, as well as clips and behind-the-scenes photos from Euphoria. He’s become increasingly active on Twitter, though most of his posts on the platform are also about the hit HBO drama. So until we learn more about Cloud’s dating life, fans have the go-ahead to continue thirst-tweeting about the actor — which they were going to do anyway.

More like this
These Adorable Kourtney & Travis Moments Led Them To The Altar In Italy
By Bustle Editors
Two 'Temptation Island' Singles Dropped A Bombshell About Lascelles At The Reunion
By Brad Witter
What Is Jeanie Buss' Net Worth? The Lakers President Is Uber Rich
By Hugh McIntyre
Becca Tilley Confirmed Her & Hayley Kiyoko’s 4-Year Romance With A Heartfelt Note
By Brad Witter
Get Even More From Bustle — Sign Up For The Newsletter