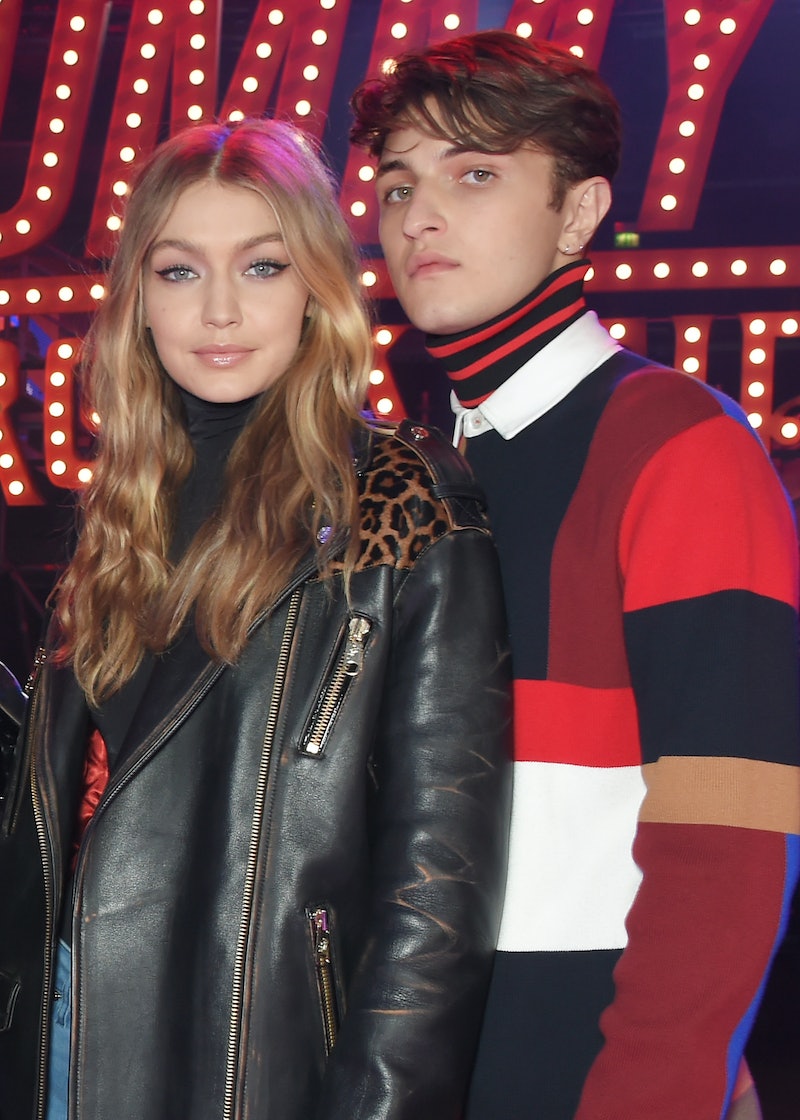 Anwar Hadid is pretty proud of his tattoos — even if their significance (like the ink itself) fades over time. “I find it so beautiful that at one point I could have cared about something so much to have gotten it tattooed on my body,” he told Vanity Fair in 2019. “I have to respect who I was at that moment.” But it’s safe to say that at least one tattoo will hold a special place in the model’s heart forever.

On Saturday, Feb. 12, the youngest Hadid sibling took to his Instagram story to reflect on an arm-full of ink. “Grateful 2 be alive,” he wrote. Older sister Gigi hopped on her own story to provide the meaning behind one of the tattoos in the corner of the image, which Anwar later shared a closer look at: a handwritten message that says “please + thank you” in cursive. “One of my brother’s older tattoos is in my handwriting so I’m always reminding him to say please & thank you,” she wrote. It almost makes too much sense — reminding your brother to mind his manners is a very big sister thing to do.

Anwar responded with three sun emojis and a sweet acknowledgement of the tat’s meaning. “Very true,” he wrote. “You are always with me my sister.”

According to a tally by The Daily Mail, Anwar has more than 35 tattoos — and he’s likely not stopping anytime soon. “They’re tokens, memories, reminders, and art that I love, and they make me happy,” he told Into The Gloss in 2019. “Sometimes I write ideas down in my notes, but I usually don’t know what I’m going to get until I’m at the tattoo shop.”

He also shared his tip for the weathered vibe of tattoos, like his Gigi note — but it’s not the friendliest for your skin. “After I get a new one I always put lotion on, but I don’t really wear sunscreen because I like when my tattoos kind of fade, and look worn in,” he said.

Although his father, real estate developer Mohamed Hadid, once cautioned him against getting too many, he doesn’t have any regrets about his ink. Anwar said as much during his 2019 Vanity Fair interview while acknowledging he has “so many weird tattoos” that no longer held the special meaning they once did. Gigi’s, of course, isn’t on that list.

More like this
Gigi Hadid Gave Up One Surprising Thing After Having A Baby With Zayn Malik
By Alyssa Lapid
Travis Barker's New Tattoo Is Causing Some Awkward Confusion Among Fans
By Stephanie Topacio Long
Hilary Duff's Husband Matthew Koma Has Her Name Tattooed On His Butt
By Jake Viswanath and Stephanie Downs
James Cameron May Come To Regret His 'Titanic' Door Experiment
By Stephanie Topacio Long
Get Even More From Bustle — Sign Up For The Newsletter
From hair trends to relationship advice, our daily newsletter has everything you need to sound like a person who’s on TikTok, even if you aren’t.