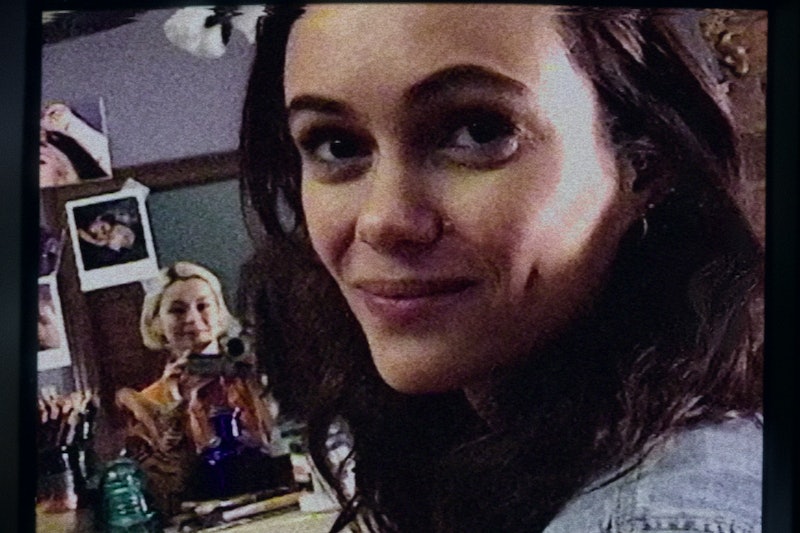 Spoilers ahead for the Archive 81 Season 1 finale. If you just finished Archive 81, you’re probably feeling a lot like Dan and Melody: super confused. Though the Season 1 finale featured a major victory in the form of Melody’s escape from the Otherworld, it also saw Dan get trapped in 1994, introducing several new questions in the process. Like, for starters: where did Samuel go?!

Fortunately, showrunner Rebecca Sonnenshine told Entertainment Weekly that they’ve already made plans for Season 2. And if the show is renewed by Netflix, “when or where [Samuel] is” will be addressed — as will the specifics about who killed Dan’s family. “We definitely know who did that ... There are a lot of little Easter eggs or little things like that, that if you're like, ‘I wonder if that's something that is part of the mythology and that will be explored further?’ And, yes. Some things just didn't actually make it into the season.”

Until we get those answers (and inevitably, more questions), here are some of the most intriguing theories fans have come up with about Archive 81 Season 2.

Redditor doctorsolitaire found Virgil Davenport’s motives for restoring the tapes suspicious, and theorizes that he and Samuel might actually be the same person instead of just brothers. “First he claims he's doing all this because ‘he believes Melody killed his brother,” the user writes. “Then given the opportunity to go in [the Otherworld] and get his brother back who he's just found out is probably still alive... he refuses? He refused going in to get his ‘brother’ because he's already there.”

The Redditor also suggests that the Samuel we see in the Otherworld was actually just an illusion — a “manifestation” or “trick,” a lot like Dan’s family was. Sonnenshine told Variety that the realm “is based on the psyches of the people who are in there” and has reality-bending powers, so a Samuel fake-out seems possible. That doesn’t entirely explain the footage Dan saw of Samuel and Virgil in 1994, but the tapes could have been doctored.

We know that Dan’s father has ties to Melody and the Visser mess, which is why he was enlisted as an archivist. But what if there’s even more to him — like, a supernatural side? Redditor monolizer7 posits that LMG recruited Dan “because they couldn’t see the videos ... [and] weren’t linked spiritually” to the material in the way that he is. If he is indeed some kind of “seer,” as monolizer7 believes, then perhaps his unique abilities will help him return to the present in Season 2.

Time Travel Will Come Into Play

Twitter user DeLeonMarian thinks time travel will be a major factor in Archive 81 Season 2, with “Dan preparing everything so the loop of salvation continues and reuniting with Mark in 2021.” The user also pointed to the fact that “we never find out who reported Dan's dad to NYU,” suggesting that 1994 Dan might have been the culprit.

Whatever Season 2 has in store, it sounds like there are plenty of clues scattered throughout Season 1. Time to put on your archivist hat and settle in for a rewatch!