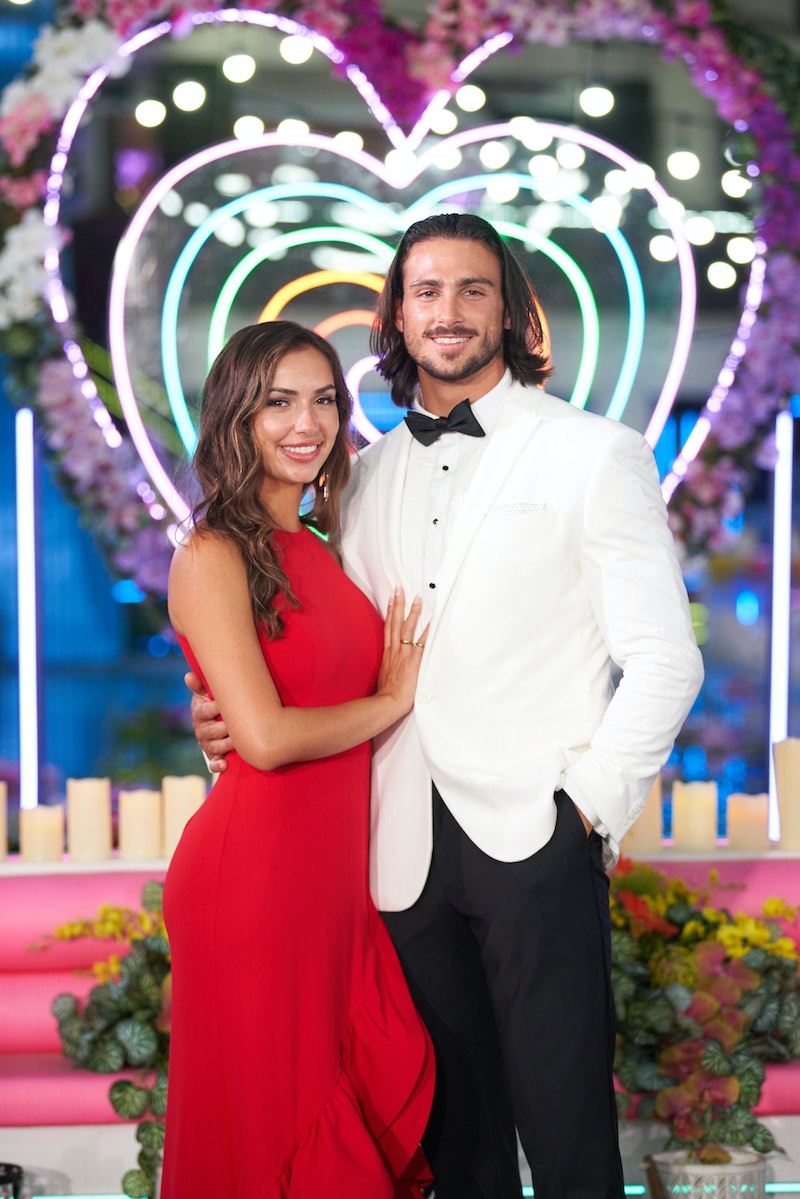 The third season of Love Island US came to a close on Aug. 15, ending another summer of hookups and heartbreak. Though there were a few longstanding couples (looking at you, Kyra and Will), this season’s islanders flip-flopped between a number of potential matches — none more so than 27-year-old Jeremy Hershberg.

The New York City-based personal trainer began the show coupled up with Trina before moving on to Aimee, Florita, and Genevieve, earning him a reputation as a quasi-grim reaper given that most of the women he coupled up with were sent home soon afterward. “I did not think I would make it this far,” Jeremy told host Arielle Vanderbeg in the finale. “But I feel like every girl I was coupled up with helped shape my experience in here and also helped me become a better person.”

It wasn’t until the final weeks of the competition that Jeremy finally found his match in Bailey Marshall, a 23-year-old marketing intern from Portland, Oregon. Though Bailey initially came into the villa with her sights set on Korey, she also hit it off with Jeremy after inviting him on one of her first dates. Korey was similarly torn between two people: Bailey and Olivia, who he’d recently confessed mutual feelings for after returning from Casa Amor. It worked out in the end, with Korey deciding to couple up with Olivia — and ultimately winning the show — and Jeremy picking Bailey.

The two’s chemistry was palpable, and they continued to build their connection for the duration of the season. It’s hard to tell if their relationship is strong enough to work outside of the show, though. While they both expressed wanting to continue to see each other, they currently live nearly 3,000 miles away and on opposite sides of the U.S. “I think anyone who wants to make something work, it’ll work out,” Bailey said when Arielle inquired if they planned to continue dating after the show. Added Jeremy: “I just want to continue doing what we’ve been doing in here on the outside world. Like getting to know each other more, learning more about each other.”

After filming, the Love Island cast all posted Instagram stories of them together at the airport in which Jeremy and Bailey are dancing near one another and kissing in the background. However, neither have shared any posts on their actual feeds or said much more about what their plans are for the future. Only time will tell if they built enough of a foundation to make their relationship last.

More like this
Molly-Mae Hague & Tommy Fury Celebrate Pregnancy Reveal In The Sweetest Way
By Sophie McEvoy and Sam Ramsden
Kyle & Deepti Finally Revealed Their Relationship Status Post-'After The Altar'
By Grace Wehniainen
‘The Ultimatum: Queer Love’ Is Officially On The Way
By Radhika Menon and Kadin Burnett
Here’s When You Can Expect More ‘Indian Matchmaking’
By Brad Witter
Get Even More From Bustle — Sign Up For The Newsletter