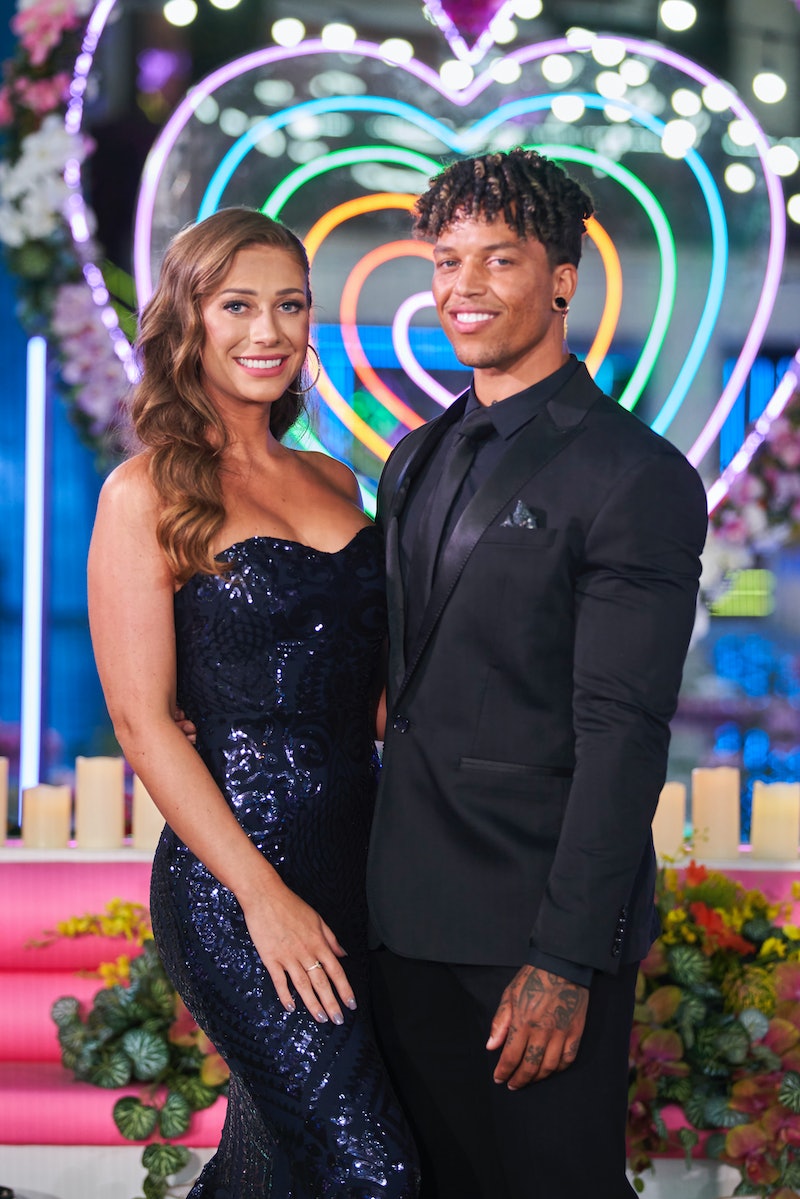 Love Island US Season 3 winners Olivia Kaiser told Korey Gandy have gone their separate ways. “Alright so I figured I’d get up here and address the question I get at least 20 times a day. Are me and Olivia still together? I feel like I owe everyone an answer so the answer unfortunately is no we are not anymore,” Korey wrote in a lengthy Instagram post. “Everyone was wondering why I was distant at our freindsgiving [sic] in AC last week and that’s why. It took me all the way to now to say something because I didn’t want to believe it was real but this was a mutual decision to take a step back in our relationship and just be friends for now.”

He went on to say that he learned a lot from his relationship with Olivia, and that it helped him to realize he could be vulnerable with another person, but that real world obstacles got in the way. “When we were on love island everything was perfect and I can say that was honestly the happiest moment of my life. Unfortunately that’s not real life and In the real world we’re now faced with real world challenges. Some that we couldn’t overcome….” he explained.

Korey concluded by saying there’s no ill will between him and Olivia, and it simply didn’t work out. “This girl is seriously one of the most beautiful people I’ve ever met inside and out. I will always respect her and care for her. I can’t even begin to explain how thankful I am for the support we received as a couple on the show and after the show. But our journeys unfortunately have to go in separate directions for now.”

Olivia and Korey’s relationship on Love Island developed slowly. They began as friends and both explored several different connections before eventually realizing they had feelings for each other. After returning from Casa Amor, Olivia was briefly torn between Korey and new arrival Andre Luis Brunelli, but ultimately stuck with Korey. Korey also had feelings for Bailey Marshall, but decided to be with Olivia in the end (which worked out for the best, since his BFF Jeremy Hershberg also liked Bailey).

“Honestly, if me and Liv would’ve coupled up on that first day, we wouldn’t be here right now,” Korey explained of their friends-to-couple journey during the Season 3 finale. “We both learned and grew ourselves individually, and then we came together when we were both ready.”

Coming into the villa, Korey didn’t exactly fit Olivia’s “checklist” of what she thought she needed to be happy. “I was strong and guarding my heart until I met you, the boy I least expected, but all the while you were in plain sight,” she said in the finale. “I can finally, for the first time in forever, say I’m proud to stand next to a man that respects me, protects me, builds my confidence, and sees me for all that I am without asking for anything in return.”

Korey, for his part, admitted he’d at times questioned if Olivia’s feelings were sincere, but also remembered Olivia believing he would break her heart when he descended the stairs on their first day in the house. “Little did we know, we would actually fix each other’s heart,” he tearfully told her, adding that Olivia made him feel “like a kid again.”

Though it’s unclear exactly what led to their split, distance was likely a big factor. While Alaska native Olivia operates a cosmetology business in Arizona, Korey works as as a rental car agent more than 2,000 miles away in Virginia.