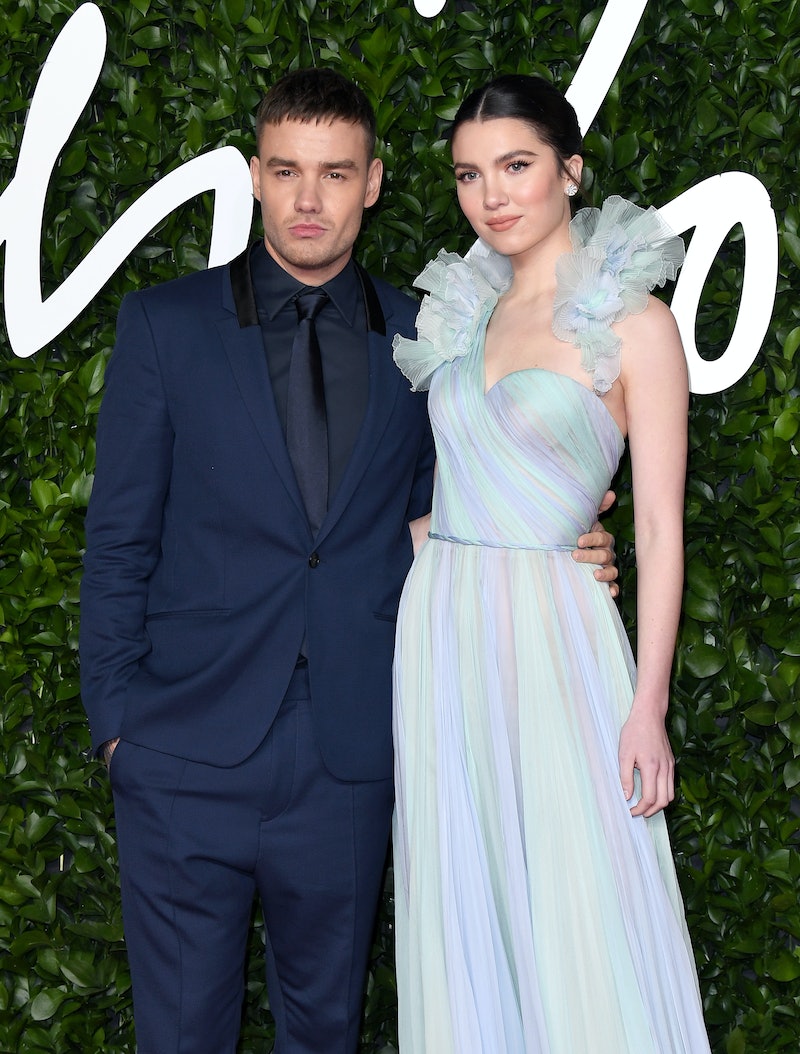 Only a few weeks after the two announced their broken engagement, Liam Payne hinted at a reconciliation with Maya Henry on his Instagram story. The “Naughty List” singer shared a cryptic message full of relationship wisdom, including holding onto someone “if you really want to love them.” Tellingly, he also tagged “@maya_henry” with a prayer hand emoji in a since-deleted slide.

Payne, who confirmed the split in June, wrote, “Don’t let someone go if you really want to love them even if you have to learn to love them through your own mistakes.” He also wrote to “let your instinct tell you that you need them” and “keep them close we are always running out of time we never gain it.” After that, he added on another slide: “F*ck Me I’m Wise.”

His third slide tagged Henry, and then he included a final message that read, “I love you, we calm.” Henry has not yet commented on the singer’s Instagram story. Bustle reached out to Payne’s rep, who declined to comment.

In June, Payne confirmed two had parted ways during an appearance on The Diary of a CEO podcast, saying, “I feel like more than anything at this point, I’m more disappointed in myself that I keep on hurting people.” The “Strip That Down” singer added that he’s “just not been very good at relationships” and needs to “work on myself before I put myself on to somebody else.”

The One Direction vet didn’t specify the reason for ending the engagement but stated that toward the end he “wasn’t giving a very good version of me anymore.” He noted that he became someone “I didn’t appreciate and I didn’t like being.” As for Henry, he wished her well, adding, “I hope she’s happy.”

The two were first linked in 2018, but they kept things quiet for another year. In 2019, Payne confirmed his romance with the model during an appearance on the radio show Capital Breakfast with Roman Kemp, stating, “We’re fairly happy at the moment.” The singer then made the relationship Instagram official in September 2019, posting a photo of the two cuddling and captioning it, “Sometimes I don’t recognise this happy guy... sure glad you brought him back though.”

Payne, who was previously in a relationship with X Factor judge Cheryl Cole, with whom he shares 3-year-old son Bear, proposed to Henry in August 2020. Payne discussed the engagement during an appearance on Good Morning America, saying, “We’re just really happy,” and “in the last week, I’ve just had a birthday, my son has gone to school for the first time today, so it seems like a lot of firsts for me, really, actually, which is great.” Given the singer’s past statements about the relationship, it wouldn’t be a surprise if the two attempted to work things out.

More like this
Who Is Camila Cabello Dating? She's Getting Cozy With Lox Club CEO Austin Kevitch
By Radhika Menon
Kanye West Has The Most Kanye Reaction To Kim Kardashian & Pete Davidson's Split
By Jake Viswanath
Leona Lewis & Husband Dennis Jauch Welcomed Their First Child
By Darshita Goyal
Who Is Bad Bunny Dating? Gabriela Berlingeri's Vocals Are Featured On His Song "En Casita"
By Radhika Menon
Get Even More From Bustle — Sign Up For The Newsletter