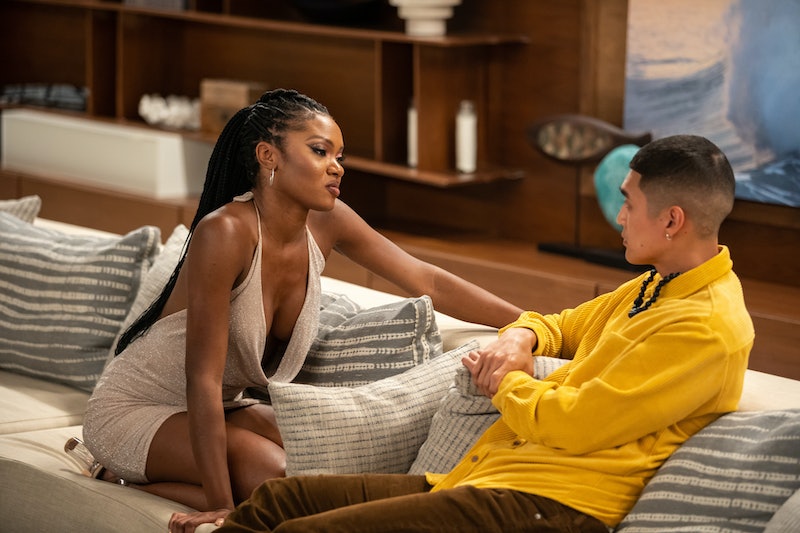 Unlike his first stint on HBO Max’s FBoy Island, contestant Peter Park made it well past the first episode of Season 2. Though he joined the inaugural season as a self-proclaimed FBoy, Peter claimed to be looking for “another chance at love” this time around. It didn’t take long for him and new co-lead Mia Emani Jones to hit it off, but in Episode 7’s cliffhanger reveal, alas, the 31-year-old daycare manager and model revealed that he was once again competing as an FBoy.

Heading into the finale, Peter landed a spot in her final two alongside Danny Louisa, with whom Mia shared a steamy makeout session — despite Danny’s status as an FBoy. His revelation came as such a shock to Mia that she had to walk off set to dry her tears. The fact that all of Mia’s four finalists turned out to be FBoys certainly helped Peter’s chances. Not only that, but she claimed to already follow Peter on social media after crushing on him as a Season 1 viewer.

After Peter revealed his FBoy status, Mia asked him later during a one-on-one conversation if he was just there for the $100,000 grand prize. Despite confessing his initial intentions, he still claimed he was there to explore the “genuine connection” they’d formed. That seems to be the case in the finale when Mia picks Peter at the end. The two decided to split the prize and start a relationship.

Because FBoy Island Season 2 filming reportedly wrapped in early March, plenty could have changed after the cast left Cabo San Lucas, Mexico. For what it’s worth, Mia and Peter still follow each other on Instagram, but the same is also true of Mia and Danny. Regardless of the outcome, Mia admitted in a July 24 Instagram caption that she “knew she f*cked up” when she sent home all of her Nice Guys but isn’t sweating any couch critics. “Everyone has a lot to say about my decisions on the show,” Mia wrote, encouraging followers to keep watching. “But last time I checked … it was our show and our feelings.”

Though she hasn’t given any hints about her current relationship status, Mia has made clear she found love in the form of her new “girl gang,” aka co-stars Louise Bernard and Tamaris Sepulveda. According to her Instagram bio, she’s also still living in Tampa, Florida and attending dental school.

Peter, for his part, returned to Instagram on March 9, captioning a selfie, “hope u missed me while i was gone.” Shortly afterward, he — perhaps cryptically — shared the following lyrics from Future’s “Wait For U,” featuring Drake and Tems: “Tried to bring the best out you, guess I’m not that influential.” (Worth noting: the following line of the song is, “Guess I’m not the one that’s meant for you.”) Peter, who’s been doing more commercial modeling for brands like Express and Under Armour, also hopped on the viral “He’s a 10, but...” trend on July 7, confessing that all he does is work and sleep.

Even though Mia did post a photo on Instagram featuring herself and Peter, asking for couple nickname suggestions, she confirmed that she and Peter aren’t an item. She debunked any speculation while on the Reality Steve Podcast, stating that while they’re still friendly, they are also “two completely different people in two completely different states.”

This article was originally published on Aug. 4, 2022