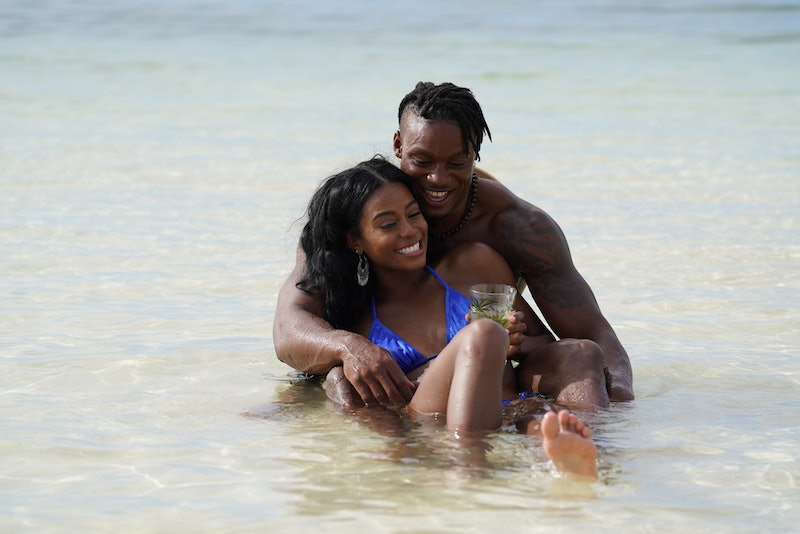 Apparently Fboys can change — at least, in the case of FBoy Island’s Jared Motley. Though the 27-year-old fitness coach arrived on the show as a self-proclaimed FBoy, he left a reformed one, choosing to split the $100,000 prize and continue his relationship with lead Nakia Renee after she chose him as her winner.

“It’s so rare that I would meet somebody [and] connect on this level,” he told Nakia of his decision in the finale episode. “$100,000 means nothing compared to what we have.” Afterward, he told the cameras, “I love winning and I love her. I got the best of both worlds. [I’m] walk[ing] out with both.”

It’s now been four months since filming for FBoy Island wrapped in the Cayman Islands, with Jared returning to his home in Miami and Nakia to Los Angeles. It’s unclear if the two are still together, though they could just be avoiding spoilers. But they don’t appear to be currently following each other on social media, which isn’t a great sign.

In an Aug. 10 Instagram story, Nakia wrote that she “learned a whole lot” about dating while filming the show but didn’t elaborate, instead promising she’d go into more detail on her YouTube channel after the final four episodes aired.

Jared similarly hasn’t offered many clues about their relationship, though to be fair, he’s not particularly active on social media in general. He shared his first Instagram post since filming on July 16 to announce his casting (his previous post was from December 2020), and, to date, has only posted three times since then to promote the show. However, he’s alone in all of the photos, giving no concrete hints about where him and Nakia stand.

Although Nakia’s supposed ability to “call out a player when she sees one” might not have been as strong as she thought on FBoy Island, she did find love. And regardless of what happened with Jared, she seems to be happy now. While celebrating her birthday on July 9, Nakia wrote on Instagram that she was “blessed” and “extremely thankful for all the wonderful people” in her life, adding that she was “Manifesting a year of divine purpose, healing, happiness and love.”

More like this
‘The Ultimatum: Queer Love’ Is Officially On The Way
By Radhika Menon and Kadin Burnett
Here’s When You Can Expect More ‘Indian Matchmaking’
By Brad Witter
Molly-Mae Hague & Tommy Fury Celebrate Pregnancy Reveal In The Sweetest Way
By Sophie McEvoy and Sam Ramsden
Kyle & Deepti Finally Revealed Their Relationship Status Post-'After The Altar'
By Grace Wehniainen
Get Even More From Bustle — Sign Up For The Newsletter