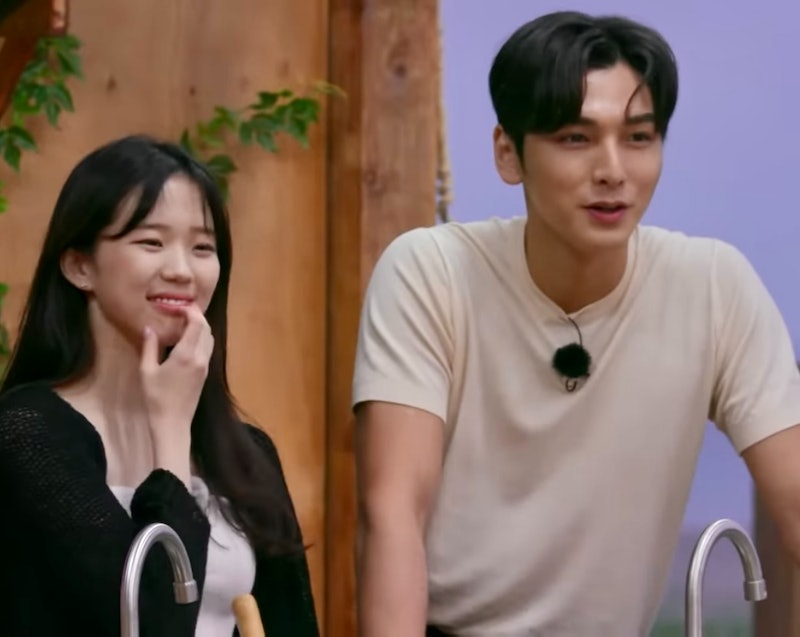 By the time newcomer Kim Se-jun arrived on the beach in Single’s Inferno Season 2’s sixth episode, Lee So-e was burnt out on dating. “To be honest, before you came here, I was very discouraged and exhausted,” she told him in the Season 2 finale. “I’m so thankful that you rescued me from that.” Indeed, not only did Se-jun choose So-e for his first trip to Paradise, but he also asked her to leave the island with him. “Something about her makes me think about her a lot,” he explained in an interview. “Regardless of the outcome, I want to make her happy when we leave Inferno.”

On the final day, Se-jun told So-e, “You’re always on my mind, and I feel rather nervous when you’re not around. I chose you because I couldn’t deny that I have feelings for you.” So-e’s response? “Let’s go.” As they walked off together, their playful interactions seemed to make clear why they chose each other. So-e promised she was going to visit him because she thinks it would be cool to see where he works as a tailor and model for the Ascottage clothing brand. “You’re cool too, but I was talking about your job,” she joked.

While Se-jun is still working at the same job today, there are no signs of whether or not So-e visited him there — or if they’re still together, for that matter. One sign that doesn’t bode well for the coupling is that, as of publication, they don’t appear to follow each other on Instagram. Not all hope is lost though. After a male friend wrote in the caption of a Jan. 6 Instagram post, “Sejun is mine!” one follower asked if that is a “signal that soe and sejun are not together???” adding a crying face emoji. Se-jun’s friend replied, “No just kidding” with a crying-laughing emoji.

The comments section of the same Instagram post also revealed another clue that Se-jun and So-e might not still be together. One fan claimed that they saw a comment on TikTok that said So-e, an aspiring actor, signed with a “fairly large agency” recently. “And she's a new actress now, so it's not easy to have close relationships with men,” the user wrote. However, So-e hasn’t posted many life updates on social media to offer any hints.

Single’s Inferno showed the pair’s undeniable connection though, and they have plenty in common. Even before Se-jun arrived on the secluded island in South Korea, So-e described her ideal partner as “someone who is generous and stable,” adding, “I think I’m into guys who are tall and have strong features. I think there’s something about being in their arms and feeling safe.” He certainly seemed to fit the bill.

Meanwhile, Se-jun was looking for someone similarly kind who has a “bubbly personality,” and Se-o checked both of those boxes for him as well. Now that the finale has aired, hopefully one or both of them will provide an update on their relationship status, but for the time being, they’re keeping that information secret.