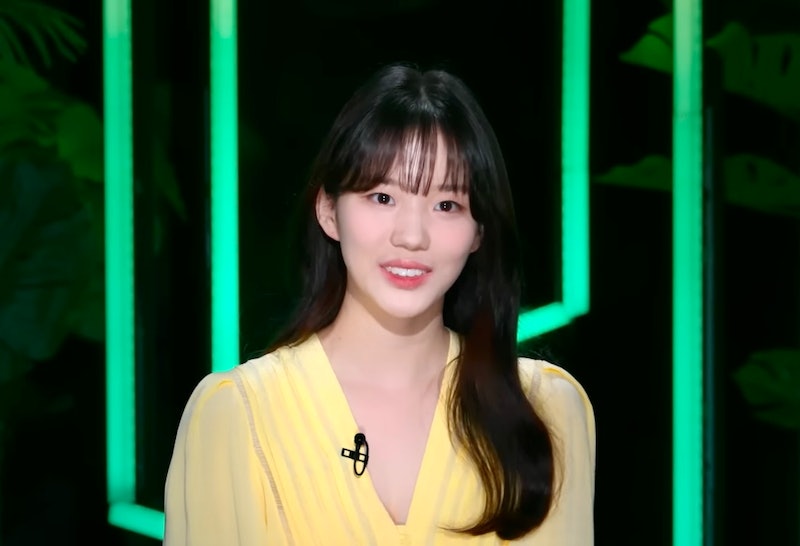 Before she became a cast member on Single’s Inferno Season 2, Lee So E had a no-fail approach to dating — even though she didn’t have much experience in the romance department. “I did have a crush on a guy once, and I succeeded in dating him,” she said in the premiere episode. “It was just that one time, so I guess my success rate is 100%.” Her strategy? “Even if the person doesn’t like you, if you approach it with the mindset of, ‘We’ll see how long you last without liking me,’ I think it will work.”

Only time will tell how that will work out for her in Netflix’s Korean reality dating series. Also working to So E’s advantage is her self-described “calm” and “quite honest” personality. “What makes me attractive is that I laugh a lot, I’m a good listener, and this is a little embarrassing, but I think I’m quite popular,” she added.

When it comes to a potential partner, So E said her type is “someone who is generous and stable,” adding, “I think I’m into guys who are tall and have strong features. I think there’s something about being in their arms and feeling safe.” So it came as little surprise that she found herself attracted to fellow Season 2 cast member Jo Yoong-jae. But when it came time to choose someone to accompany him to “Heaven Island,” her dating success rate plummeted. Not all hope is lost, as there still seemed to be a spark they could explore in future episodes. Plus, there are plenty of other singles left with relationship potential.

As their potential romantic journey continues to play out, here’s everything else to know about So E.

As of publication, So E’s Instagram only included eight photos, which date back to July 2022. Though her page consists primarily of selfies and some photos with friends, she revealed on the show that she likes to dance, explaining, “Dancing relieves stress, and it’s good for losing weight.”

After Single’s Inferno premiered, several fans began voicing their support in her Instagram comments. “Omgggg I cried when you broke down,” one viewer wrote. While another added, “I just like how this girl have been honest [about] her feelings without putting pressure on the other person.”

So E’s Instagram also seems to indicate that she’s a student in Hanyang University’s Department of Theater and Film in Seoul, suggesting she’s college-aged. But it’s unclear what she’s studying or what her post-graduation career aspirations might be. Her love of dance might be a clue, though.

More like this
Love Is Blind’s Natalie Claims Shayne Signed Up For 'Perfect Match' While They Were “Still Together”
By Brad Witter
The Bachelor’s Christina Mandrell Comes From One Of Country Music’s Most Famous Families
By Brad Witter
A Guide To All Of Zach Shallcross' 'Bachelor' Filming Locations
By Brad Witter
All The Clues Clint & Gina Aren’t Still Together After 'MAFS' Season 16
By Brad Witter
Get Even More From Bustle — Sign Up For The Newsletter
From hair trends to relationship advice, our daily newsletter has everything you need to sound like a person who’s on TikTok, even if you aren’t.