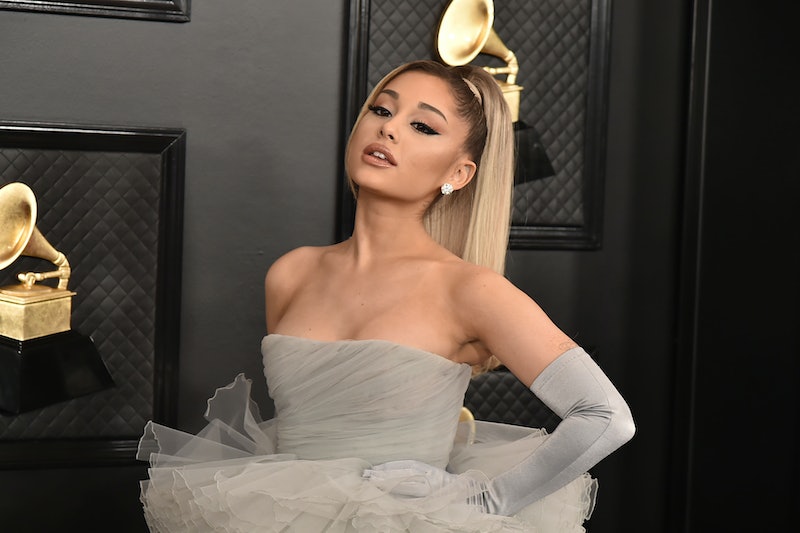 Good news, your next therapy session is on Ariana Grande. On Monday, Oct. 11, the “Positions” singer took to Instagram to announce that she’s giving away $5 million in free therapy with BetterHelp, an online portal that provides access to mental health services. “It’s World Mental Health Day and I’m beyond thrilled to team up with BetterHelp again to give away up to $5 million in free therapy,” she wrote, adding that people face “very real barriers when it comes to accessing mental health resources.”

Grande, 28, added that although this is only “one small gesture (and a much larger systemic problem remains),” her hope is that this will give people more access to the care that they need. This isn’t the first time that the pop star has worked with BetterHelp, either. “Thrilled to be working with @betterhelp to give away $1,000,000 of free therapy!” she wrote on Instagram in June, explaining that there are too many people who could benefit from therapy but who simply cannot afford it.

“While acknowledging that therapy should not be for a privileged few but something everyone has access to, and acknowledging that this doesn’t fix that issue in the long run, I really wanted to do this anyway in hopes of inspiring you to dip a toe in, to feel okay asking for help, and to hopefully rid your minds of any sort of self judgement in doing so!” she continued. She then urged her followers to visit BetterHelp’s online portal to take advantage of the offer.

“Go to betterhelp.com/ariana to be matched with a licensed therapist for one free month,” the 28-year-old musician added. “After that, you’ll have the choice to renew and continue. I so hope that this will be a helpful starting point and that you’ll be able to build space for this in your lives and continue! healing is not linear or easy but you are worth the effort and time, I promise! Thank you so much to @betterhelp and I can’t wait to do more work together.”

Grande has been very vocal about her mental health struggles on social media. In August 2019, she canceled one of her pre-show meet-and-greets due to a “handful of panic attacks.” “Time for some honesty,” she wrote on Instagram, per HuffPost. “My depression and anxiety have been at an all-time high lately. I have been giving you all I’ve got and trying to push through as hard as I can and mask it.”

In the same caption, the singer explained that she wanted to “preserve” her energy for the show. “I don’t want to rush through our time together or seem shaky,” she explained. She also apologized for disappointing her fans, but added that she has no say in when these attacks happen. “I wish I had control over these attacks but as anybody with anxiety or depression understands, sometimes you can only operate on its terms and not your own,” she wrote.

In April 2019, Grande answered fan questions about her mental health on Twitter after her performance at Coachella. When one person asked if she thought touring was good for her — especially after the death of her ex-boyfriend Mac Miller and her split from her former fiancé Pete Davidson — she answered honestly. “I don't think it is,” she tweeted. “It’s been v hard. I have sm on my mind and it’s so heavy and no energy to process or work thru any of it but I’m trying hard ... I wish it were a year ago. I’d give anything.”

These, of course, are just some examples of times Grande has opened up about her mental health. Fortunately, therapy has always been a useful tool for her to get herself back on track. In 2018, she credited therapy with saving her life “so many times.” “If you’re afraid to ask for help, don’t be,” she tweeted. “U don’t have to be in constant pain & u can process trauma. I’ve got a lot of work to do but it’s a start to even be aware that it’s possible.”

More like this
Who Is Nick Cannon Dating & How Many Kids Does He Have?
By Jordyn Tilchen and Radhika Menon
Khloé Kardashian Is Reportedly Dating A Private Equity Investor She Met Through Kim
By Jordyn Tilchen and Jake Viswanath
How To Apply For 'Survivor' & Tips On How To Get Cast
By Meg Walters
Here’s Everything You Need To Know About Operation London Bridge
By Bustle UK
Get Even More From Bustle — Sign Up For The Newsletter